Is Tuesday REALLY anyone’s favourite day of the week? Bizarrely, yes. It’s considered lucky in some cultures, and unlucky in others! Tuesday happens to have the poor luck of being too far from the weekend and barely ahead of hump day, making it a bit of a non-event for many people – and a bit tiresome for the working public! However, did you know that Tuesday is actually very important from a working perspective – at least according to some studies?

You might also not know that Tuesday is responsible for financial crashes and for the fall of some civilizations! No wonder some people see it as an unlucky time of the week. However, there are plenty of good things to come out of Tuesdays. In this fact file, we’re going to look at some of the most famous Tuesdays of all time, and will also consider the history of the word, as well as its place in the Gregorian calendar.

Tuesday must be loved somewhere, by someone – at least it’s not a Monday! Take a look through these 27 fun facts about Tuesdays and you might just gain a whole new appreciation for it. However – we’re unsure if it’s going to replace Saturday as the clear favourite!

1. Where does ‘Tuesday’ come from?

The name ‘Tuesday’ is thought to come from the Norse ‘Twisday’, dedicated to the God of combat who was called ‘Tiw’. In Old English, ‘Tuesday’ was known as ‘Tiwesday’.

Ancient Romans considered Tuesday to be the day of Mars, their God of War. 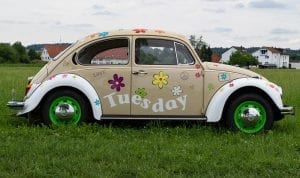 4. It’s an important day for star-spotting.

The Planet Uranus was discovered on Tuesday on March 13th 1781, by William Herschel.

The Wall Street Crash began on a Tuesday in 1929. It started the ‘Great Depression’, which continued through to the end of World War Two.

‘Ka Youbi’ is the Japanese name for ‘Tuesday’. It translates to mean ‘fire day’. Mars, which is referred to as ‘fire star’ in Japanese, is called ’Kasei’ and is thought to be referenced as ‘Ka’ in the first part of the word for Tuesday.

From the 1980s until 2015, new releases of music were made on Tuesdays. This timing was in place before digital releases became a method for marketing, and enabled shops to unpack and load stock for display on shelves prior to usually busier weekend days.

Christians celebrate Shrove Tuesday as a precursor to Ash Wednesday and the period of Lent.

Shrove Tuesday is also known as ‘Pancake Day’, when traditionally pancakes are prepared, ’tossed’ and served.

9. A day for big movements.

The Ottoman Empire conquered Constantinople on a Tuesday in 1453, on May 29th.

Constantinople also suffered due to the Crusades in 1204, the onset being April 13th, a Tuesday! 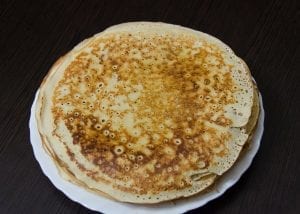 10. It’s an important day for US elections.

Elections in the US traditionally take place on a Tuesday. This came about in consideration of people who had long distances to travel to and from polling stations. Weekends were avoided as days to travel and vote in the 1800s.

Near Stockholm University at 10pm every Tuesday, residents and visitors are invited to join students in a ‘unified scream’! Lasting for a few minutes, it is supposed to have started to allow students an opportunity to release tension from studies!

The right to the legal use of the phrase ’Taco Tuesday’, has been given to the food chain ‘Taco John’s’. The trademark was obtained in 1989 and is still used today in advertising and conversation.

13. The Blue Blur has a Tuesday connection.

Al Nilsen, ex-marketing director of Sega suggested that the second Sonic the Hedgehog Game be released on a date known as ‘Sonic 2sday’. Tuesday, November 2nd, 1992 saw the release of ‘Sonic the Hedgehog 2’ – and the marketing worked, as the game broke records!

14. Does that make her Tuesday’s or Friday’s Child?

The actress Tuesday Weld was actually born on a Friday! She changed her name from Susan Weld because she had been nicknamed Tu-Tu by her young cousin who could not pronounce Susan.

A survey in California showed that fewer barbecues are held on Tuesday than any other days of the week. 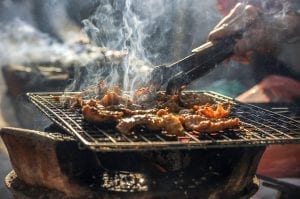 AA Milne, as part of his Winnie The Pooh stories, once wrote, ‘Owl was respected because you can trust anybody who can spell Tuesday, even if they don’t spell it right!’.

Microsoft traditionally releases patches for its software on a Tuesday.

18. You’re unlikely to welcome St Nick on a Tuesday.

Christmas Eve falls less frequently on Tuesday than any other day of the week. 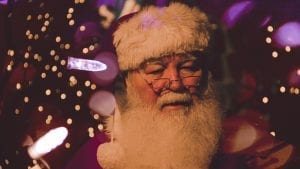 Thursday is the day of the week on which Christmas falls frequently. In second place for is Tuesday.

20. The English name for Tuesday is a bit of a misnomer.

Tuesday in known as ‘Mardi’ in French, ‘Martedi’ in Italian, and ‘Martes’ in Spanish. Why English has to buck the trend is all down to the Ancient Gods!

21. It’s an important day in Hinduism.

In Hinduism, Tuesday is a popular day for prayer to the deities of Durga, Kali, Ganesh, and Hanuman. It’s also a popular fast day, too. 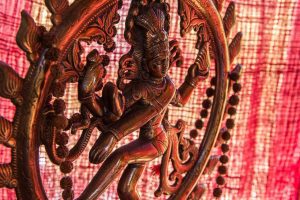 Shiva is the 3rd god in the Hindu triumvirate

In Greece and Spain, the 13th of the month is considered unlucky if it falls on a Friday or a Tuesday.

The color pink is traditionally associated with Tuesday in the Hindu culture, where red is also sometimes associated with the planet of fire Mars. Pink is worn by some Hindus in the belief it will appease the God of War. 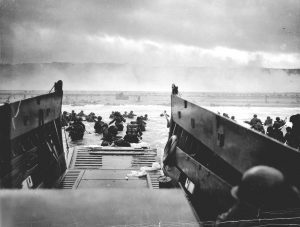 D-Day was a Tuesday

25. Many people confess on Tuesdays.

Tuesdays are usually chosen by Catholics (unofficially) as being the day most popular to visit the Priest for confessions.

26. You’re likely to get a lot done on Tuesday.

Believe it or not, Tuesdays are thought to be the most productive days of the working week. It’s also apparently supposed to be full of jobs applications.

27. Someone out there definitely loves Tuesdays!

In Judaism, Tuesdays are actually thought to be lucky!

Is Tuesday a real name?

Yes - Tuesday is actually a female name that dates back some distance - it means ‘Tiu’s Day’ (oddly enough).

What is Tuesday associated with?

Sadly, Tuesdays are generally regarded as unlucky days, though the Jewish faith sees this rather differently!

Polls suggest so - Tuesday often comes last in polls of ‘favourite days of the week’, with Saturday and Friday coming well out in the lead. People even prefer Monday!

Do you know any fun facts about Tuesdays? Share them in the comments below!