Ever been to Utah? A state towards the deep west of the US, it’s home to a variety of outdoor pursuits and winter standards. In fact, it’s played host to the Winter Olympic Games in the past! But how much do you really know about the state? Here’s a stack of interesting facts about Utah which might just surprise you.

1. Utah is a region of readers.

Utah has the amazing distinction of being the most literate state in the whole of the country, with more people here able to read and write than anywhere else in the US.

The Great Salt Lake certainly lives up to its name. It’s thought to be saltier than any other ocean or sea elsewhere in the world. In fact, it’s said to be around four times saltier than most! Take it from us – it’s probably best you don’t try and drink from it!

Utah’s capital, Salt Lake City, isn’t just known for being a Winter Olympics host. It’s also thought to be the plastic surgeon capital of the US. It’s thought that there are more plastic surgeons per person in the city than anywhere else countrywide. 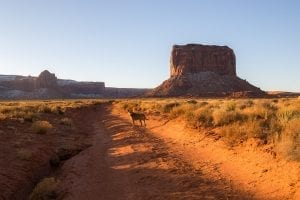 Utah is home to many famous people, but perhaps the most famous family to hail from the state is the Osmonds!

5. The origins of cross-continent rail travel in the US emanate here.

Utah is home to the US’ first-ever transcontinental railway. Promontory was the location of the first railroad of its kind in the US, and it initially took around seven years to bring to life.

6. People love to marry in Utah.

Marriage in Utah tends to happen younger than anywhere else in the US. On the whole, Utah couples can expect to marry the first time – and hopefully the last time – at the age of 26 for a groom, and at the age of 24 for a bride. For reference, it’s 29 and 27 respectively elsewhere in the US. When you find the one, you know!

7. Utah was once named the favorite of all states!

A poll compiled by Gallup in 2012 found that Utah was, in fact, the most desirable state to live in. For a state that ascended to the Union fairly late – it was the 45th – that’s an impressive feat!

9. How’s that for a Christmas record?

The largest real-life nativity scene was set up in Utah! The world record saw 1,039 different people join together in seasonal costume to celebrate the birth of Christ in a scene that even brought in animals – a donkey and a camel got involved! 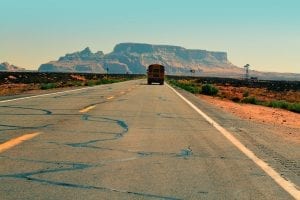 Utah’s name is somewhat up for debate. Some believe that it derives from a native tribe, the Ute. However, others believe that the word ‘yuttahih’, from Apache, applies to the state. In either case, there are references to mountains and heights – pretty fitting!

11. There are mountainous climbs here.

Speaking of heights, the tallest peak in Utah is the fittingly-named King’s Peak, which scales up to a staggering 13,528 feet in height. Not one for those of a nervous position to traverse!

12. Marriage laws in Utah were wildly different to elsewhere in the states.

Utah had a law in place regarding polygamy which lasted until around 1890. However, there are still polygamous couples in the US, largely as a result of the Mormon faith, it is thought. 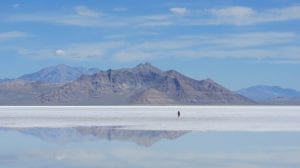 In fact, Utah remains predominantly Mormon. It’s thought at least 60% of people in the state observe the faith, while Mormon believers only make up around 2% of the national population.

Utah natives are absolutely wild about Jell-O. They consume more of the treat than any other US state, to the extent where it’s known as the official state snack!

There are more than 30,000 acres of salt flats across Bonneville, making for some of the smoothest, whitest landscapes you’ll see for miles around. It’s extremely popular with people looking to break the land speed record. 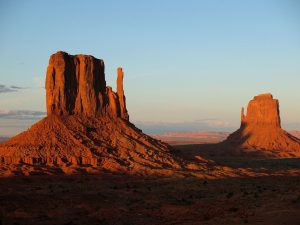 Utah is likely to thank for most people’s vision of the Old West, or at least that which you see in TV and movies. This is thought to base around the appearance of Kane County, which is often used to actually film Westerns against time and again. However, it’s also proven to be a hugely popular backdrop for sci-fi movies, too, and is called ‘Little Hollywood’ by some locals!

What is Utah best known for?

Utah is perhaps most famous for its salt flats as well as for its skiing - Salt Lake City is a winter sports hotspot.

Is it expensive to live in Utah?

It is generally more expensive to live in Utah than other states, with housing being much pricier than much real estate across the US.

What’s the most famous food to come from Utah?

If you fancy trying some tasty Utah native dishes, try a Pastrami Burger in Fry Sauce, and wash it down with a Farnell cocktail!

Do you know any fun facts about Utah?  Share them in the comments below!