Canada’s impressive Vancouver is known around the world for its incredible culture, stunning views, and friendly people. In fact, for many of us, it is a place we dream of visiting and even living in! But, how much do you really know about this Canadian city? Here are some fun facts about Vancouver!

1. Who was Captain George?

Although we all know the name of the city, very few of us actually know where the name came from! As it happens, Vancouver was named after the British explorer, Captain George Vancouver. He sailed to the land in 1792.

2. The Hollywood of the North!

Vancouver is also known as the ‘Hollywood of the North’. This is due to the fact that the city is only second to Los Angeles when it comes to television productions in North America and third for feature film productions. In film productions, it follows Los Angeles and New York.

Vancouver has been inhabited for thousands of years! Before the European colonizers came along, the area was inhabited by Canada’s indigenous peoples, who created the First Nations. 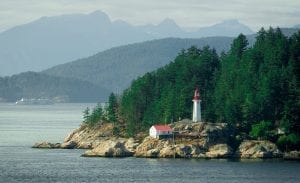 The port of Vancouver is extremely busy! It frequently has cruise ships headed towards Alaska and used to be a vital port for exporting lumber to other countries, specifically China. It is the biggest port in Canada.

5. The city was once destroyed.

On the 13th of June, 1886, Vancouver was completely destroyed by the Great Vancouver Fire. The fire was caused by two land cleaning fires that got out of control.

6. Quality of life is amazing here!

To this day, Vancouver is known for the quality of life that it provides! In fact, back in 2005 and in 2006, the city was voted the best city in the world for its quality of life!

7. Greenpeace has a home here.

Greenpeace, one of the world’s most famous and successful environmentalist groups, was founded in 1971 in Vancouver! Their first mission was to protest nuclear testing underground by the US military.

Kits Pool is the longest pool in all of Canada and can be found in Vancouver! It is the only saltwater pool in the city. The lanes go up to 137 meters in length, which is about three times the size of an Olympic pool! How about we do one length and call it a day? 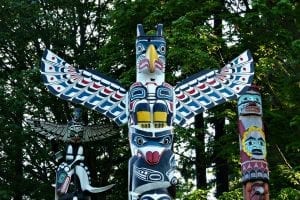 10. Skiing in Vancouver is a must.

If amusement parks aren’t your thing, then why not try skiing? Grouse Mountain, Cypress Mountain, and Mount Seymour are all known for their incredible skiing locations!

Finally, if snorkeling is your thing, Vancouver is certainly a place to visit! While underwater, you’ll be able to see beluga whales, dolphins, sea lions, and more! Remember to wear a wet suit, though, because the water temperature remains pretty cold throughout the year! 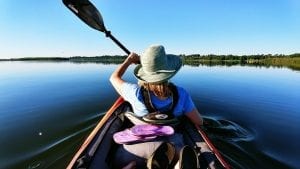 What is Vancouver best known for?

Vancouver is one of the most famous cities in the world, and with good reason! It is known for its stunning landscapes, eco-friendly culture, majestic sea life, and rich history. It’s also a highly coveted filming location, providing a wide variety of backdrops for the Canadian movie industry.

Is it expensive to live in Vancouver?

Yes, sadly, it is very expensive to live in Vancouver! It is Canada’s second most expensive city to live in, following Toronto. Given its fantastic quality of life, this is hardly surprising!

What is the climate in Vancouver?

Vancouver has an oceanic climate. In fact, despite its cold and rainy reputation, it’s actually one of the warmest cities in all of Canada! This is due to the fact that it is protected by the surrounding mountains and warmed up by the Pacific coast breezes.

Do you know any fun facts about Vancouver? Share them in the comments below!

This page was last modified on November 19, 2022. Suggest an edit