The vegan diet has become very popular. More and more people are choosing to go vegan for various reasons. They usually range from ethics to environmental concerns, or just from a desire to improve one’s health. When done right, such a diet may result in many health benefits, including a trimmer waistline and improved blood sugar control.

Nevertheless, a diet based exclusively on plant foods may, in some cases, increase the risk of nutrient deficiencies. Considering starting a vegan diet yourself? Before making that decision, read these fun facts about vegan diets …

1. Veganism has been around for decades.

Veganism was officially created in 1944 when a group of vegetarians left the Leicester Vegetarian Society and created their group, the Vegan Society.

2. The name is fairly creative.

3. What does veganism mean?

The Vegan Society defines veganism as seeking to end “the use of animals by man for food, commodities, work, hunting, vivisection, and by all other uses involving exploitation of animal life by man.” 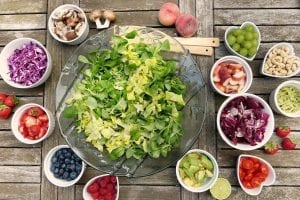 For people new to veganism, a good starting book is “The forks over knives plan.” It includes recipes, meal plans, shopping lists, tips on how to stock your refrigerator, how to eat, and snack healthily on the go, and even how to combat cravings.

In a recent survey, 52% of people said they had health concerns about becoming vegan.

For some, being vegan is a dietary choice, while for others, it is a lifestyle choice.

7. Veganism is good for everybody.

The British Dietetic Association agrees that well-planned vegan diets can be suitable for people of all ages, including during pregnancy and breastfeeding.

During pregnancy and when breastfeeding, women who follow a vegan diet need to make sure they get enough vitamins and minerals for their child to develop healthily.

8. However, vitamins and minerals are key.

If you’re bringing up your baby or child on a vegan diet, you need to ensure they get a wide variety of foods to provide the energy and vitamins they need for growth.

In 2004, the parents of a six-week-old child were convicted of felony murder for not feeding their baby enough to keep him alive. The parents claimed they had adhered to a vegan diet.

9. It’s a good time to boost your greens.

Going vegan is a great opportunity to review your diet and make more room for health-promoting plant foods like whole grains, nuts, fruits, and vegetables, including beans, peas, and lentils. 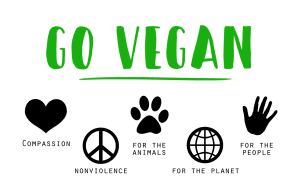 Eating a vegan diet means that you avoid consuming saturated fat from meat, dairy, and eggs.

11. The key to a healthy vegan life is simple.

Research from the Nutrients journal shows that healthy characteristics of real-life vegan diets include low saturated fat content and high amounts of fruit, vegetables, and fiber.

12. It could help diabetic people.

This type of diet has the potential to help people find a better balance.

Vegan diets have been linked to lower rates of type 2 diabetes and there is clinical evidence that they can help with the management of this type of diabetes as well as weight management. 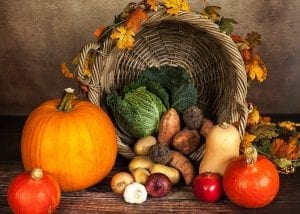 13. It could also help your heart.

UK research has linked this way of eating to lower cholesterol and lower blood pressure and body mass index, which are all risk factors for heart disease.

Also, people on a vegan diet often take in fewer calories than those on a standard Western diet. Moderate calorie intake can lead to a lower body mass index (BMI) and a reduced risk of obesity, a major risk factor for heart disease.

The researchers behind a 2015 study reported that vegan diets were more effective for weight loss than omnivorous, semi-vegetarian, and pesco-vegetarian diets, as well as being better for providing macronutrients.

According to a 2017 review, eating a vegan diet may reduce a person’s risk of cancer by 15%. This health benefit may be due to the fact that plant foods are high in fiber, vitamins, and phytochemicals that protect against cancers. 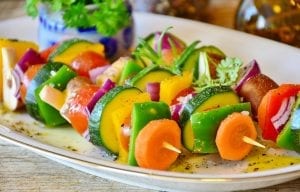 For a healthy vegan diet eat at least 5 portions of a variety of fruit and vegetables every day, base meals on potatoes, bread, rice, pasta or other starchy carbohydrates, have some dairy alternatives, such as soya drinks and yogurts, eat some beans, pulses and other proteins, choose unsaturated oils and spreads, eat in small amounts and drink plenty of fluids.

17. Vegan diets do lack some nutrients.

Vegan diets lack certain nutrients, such as protein, calcium, iron, and vitamin B12. 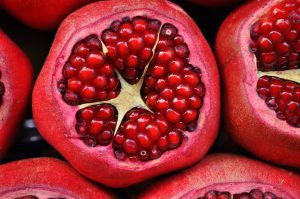 The vegan diet finds its iron in pulses, wholemeal bread, and flour, cereals fortified with iron, dark green, leafy vegetables, such as watercress, broccoli, and spring greens, dried fruits, such as apricots, prunes, and figs.

22. However, there are mental health risks.

Vegans might be at greater risk for depression because their diet lacks food sources of omega fatty acids. 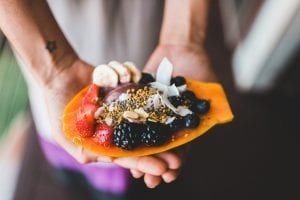 The main difference between vegetarians and vegans is that although vegetarians do not eat meat they consume dairy products.

Veganism is considered an “extreme diet” because of how many different foods it prohibits and the high potential for nutritional deficiencies.

25. It could change your genes.

A study done by Nobel Prize winner Elizabeth Blackburn found that a vegan diet caused more than 500 genes to change in three months, turning on genes that prevent disease and turning off genes that cause cancer, heart disease, and other illnesses. 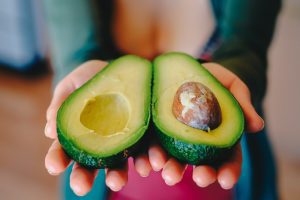 FAQs about The Vegan Diet

Are there any major drawbacks to vegan diets?

Vegan diets may lack some crucial vitamins and nutrients, that can lead to anemia problems and even depression if not supplemented.

No - there’s no evidence to suggest this is the case!

Is Arnold Schwarzenegger a vegan?

Yes! The Terminator is an avowed vegan, and he’s not the only celebrity on this diet. Other famous vegans include actors Joaquin Phoenix, Olivia Wilde and Woody Harrelson, musicians Alanis Morissette, Thom Yorke and Erykah Badu, poet Benjamin Zephaniah - and even revolutionary physicist Albert Einstein!

Do you know any fun facts about vegan diets?  Share them in the comments below!

This page was last modified on October 15, 2021. Suggest an edit