Isn’t the natural world fascinating? Volcanoes are some of the deadliest, most imposing yet most intriguing parts of our planet. They are enthralling to watch from afar, but when it comes to being within a safe range of a volcano, you’re going to need to be a few miles back!

In this fact file, we’ll take a look at some interesting bits and pieces about these natural formations, and why we are all still so intrigued by them. Here are some fun facts about volcanoes!

1. There are three types of volcano.

2. Volcanoes can be good for the landscape!

Believe it or not, a volcanic eruption can help to enrich nearby land. That’s because, when they erupt, they can disperse deposits of phosphorous, calcium, iron and more.

3. Vesuvius is probably the world’s most famous volcano.

Or is that infamous? Mount Vesuvius has erupted around 36 times, and is responsible for having buried the ancient city of Pompeii, Italy. It’s not erupted for a long time – but it’s certainly not dormant. 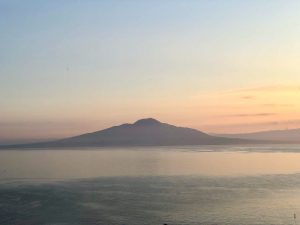 4. Mauna Loa is one of the most imposing volcanoes.

Vesuvius aside, one of the biggest and most fearsome volcanoes on the planet is Mauna Loa, in Hawaii. It is an active volcano that stretches for miles beneath sea level, and is around 2.5 miles above the water at its peak.

5. Ever visited a volcano observatory?

There are volcano observatories all over the world – around a hundred, in fact. These stations, as you might imagine, help to monitor activity and the potential for eruption. With more than 1,500 volcanoes worldwide, it makes sense to keep track of them.

In 2010, the Icelandic volcano Eyjafjallajökull caused a huge disruption to air flight thanks to its eruption and pillars of smoke! It’s thought almost one billion EUR was lost in travel revenue.

7. Most of the Earth is volcanic.

While there aren’t volcanoes in our back gardens, around 80% of the planet is actually made up of volcanic rock! That accounts for much of the sea floor as well as mountain ranges.

8. What sounds do volcanoes make?

The answer is it varies! Some volcanoes create earth-shattering, booming sounds – whereas others will hiss and crackle. In fact, it’s loud noises that actually do a lot of damage to the ground around and near a volcano.

9. There are hundreds of active volcanoes.

If there is one thing in the world that is constant, it’s the presence of a volcano! There are said to be more than 500 active volcanoes worldwide. Many are in the Ring of Fire, in the Pacific. 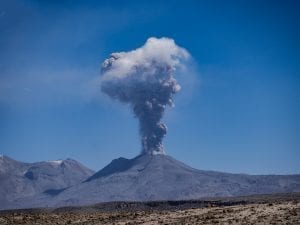 10. Volcanoes Are known to shoot up!

Believe it or not, some volcanoes grew very quickly indeed. While many take millennia to appear, there are some that only take weeks or months to grow to full height!

11. Where is the tallest volcano ever?

Astonishingly, it’s not on Earth! The biggest volcano in the solar system is on Mars. The shield volcano on the red planet known as Olympus Mons is around 27km tall!

12. There are a handful of volcanoes erupting at this very second.

Sources and analyses predict that there may be around 20 volcanoes erupting at any one time. That’s especially fascinating, given that it’s assumed more than 1,300 have erupted at all in the past 10,000 years! 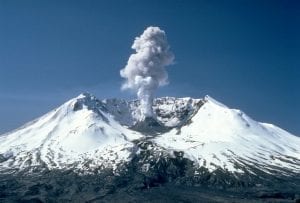 13. Volcanoes can set off all kinds of chain reactions.

A volcano can be the trigger point for various geological or natural disasters. For example, an erupting volcano can theoretically start an earthquake, a flood, or even a tsunami.

14. Stand well back from a volcano!

If you thought it was safe to stand a few feet away from a volcano, think again. A volcano likely to erupt, or in the process of erupting, will have a huge danger radius. This can extend to 20 miles long!

It’s as spectacular as it sounds! As ash gradually pushes up towards the surface of a volcano, the friction creates a lightning effect. It’s only ever been seen a few hundred times.

What is the most dangerous volcano on the planet?

Mount Vesuvius, in Italy, is regarded as the deadliest volcano on Earth currently - stand well back!

Would we all die if Yellowstone erupts?

The volcano sitting below Yellowstone Park in the US could, theoretically, kill billions - five out of eight people on the whole planet could die in its wake! Not a happy thought!

Is Mount Everest a volcano?

Despite some claims stating otherwise, no - Mount Everest is not a volcano!

Do you know any fun facts about volcanoes? Share them in the comments below!

Want to learn more about the most intriguing parts of our planet? Check out these hot facts about The Ring of Fire!