Whales are some of the most majestic creatures gracing the Earth to this day! These giant mammals are true leviathans of the sea, often swallowing up anything they can find as they glide through the waters. However, there’s likely to be more about whales than you might initially imagine.

Yes – they’re big, bold, and easy to spot when you know where to look – but how much do you know about the whale as an animal? Let’s test your knowledge with a few fun facts about whales…

1. Whales are the enormous creatures on Earth.

Of course, the enormous creature on the planet is the blue whale. This colossal mammal can measure up to 90 feet in length, making it not only the giant critter on Earth right now but across all of the known time. It would dwarf plenty of dinosaurs!

Humpback whales are fascinating as they don’t follow the same eating patterns as most animals. That is, in the sense that they can happily drift along for more than half a year without eating a thing. That’s because they will often rely on their fat reserves for long periods, which is handy when there’s nothing around worth eating!

Killer whales have odd names as they are not known to pose specific threats to humans. They are very social beasts and will often be found grouping together in the wild. They will generally congregate around a mutual mother whale. 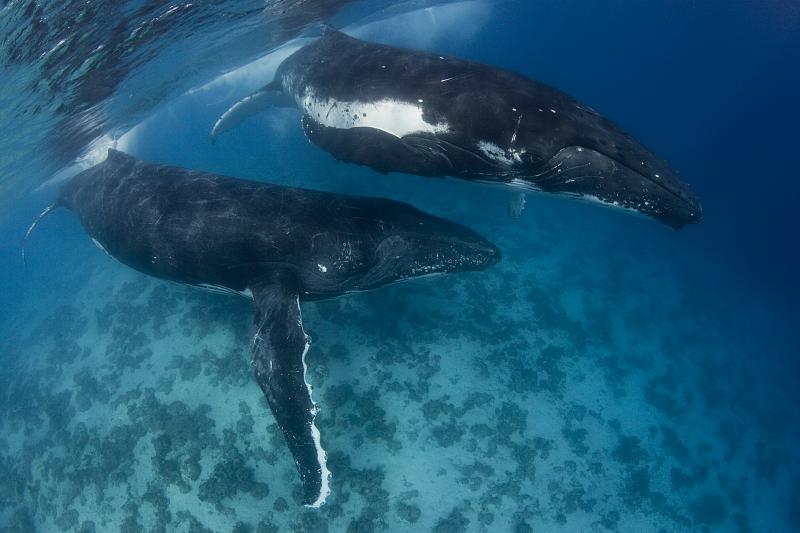 4. Even the gentlest of giants are endangered.

Sadly, blue whales are considered endangered to an extent. Figures from the WWF suggest that there were once more than 225,000 of these enormous beasts living in the Antarctic. However, whaling activities led to fewer than 3,000 in the wild. That’s why there are so many efforts to try and curb whaling in the east and elsewhere.

5. Whaling is still a huge problem.

It’s thought that the damaging effects caused by whaling are still being felt, though there are few whaling attempts made in the modern age, at least compared to the peaks. Instead, modern whales’ significant threats include accidental fishing, where boats accidentally sweep up the mammals in their nets. They are also at risk of colliding with ships and vessels despite their echolocation.

Blue whales are part of a larger group of creatures called baleens. Baleen whales are the biggest of the animal’s kind, and there are around 14 different species in total. These whales also share in common in the way they eat their food. While many animals will use teeth to chew, baleen whales will use plates in their mouths to effectively suck in and filter anything they deem to be a snack.

7. Whales are willing to go the distance!

Some whales travel great distances to get to where they need to be. For example, the hardy grey whale is said to make a trip of around 10,000 miles to migrate each year. That’s a journey you have to be sure you want to make!

8. And some are ravenous beasts!

The Antarctic blue whale will eat more than 3,500kg in krill daily.

Sperm whales, like blue whales, have faced extinction in the past. This, again, is due to whaling. There is a large trade in whale blubber from these animals. 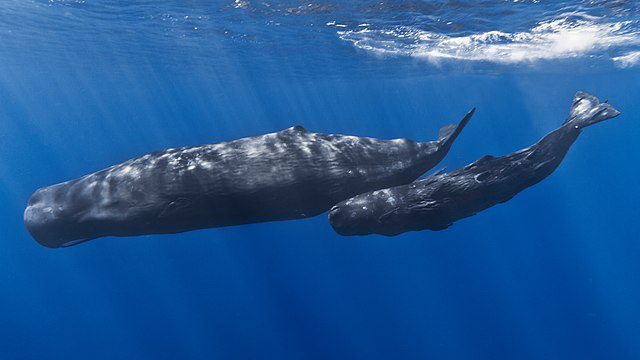 10. Some whales even have teeth!

There are around 76 species that have teeth, including belugas, dolphins, and narwhals.

The narwhal boasts the most prominent teeth in the whole of whaledom. They are known for possessing huge tusks which poke through their mouths. These are rather sword-like, meaning they can use them to joust prey effectively!

However, it is sperm whales who possess more teeth than any other kind. They can grow up to 52 teeth in total, each weighing 1kg!

11. Have you ever heard a whale sing?

The whale song is incredibly haunting. Many people go seeking whales to hear the calls! It’s thought that a whale’s song can travel for miles and miles underwater. These calls are supposed to be used as cross-water communication standards.

The deepest a whale has ever dived was around 1.9 miles. It was a Cuvier’s beaked whale that made the brave expedition, diving down for a couple of hours before heading back up for air. This is impressive – as all whales will need to come up for mood occasionally! 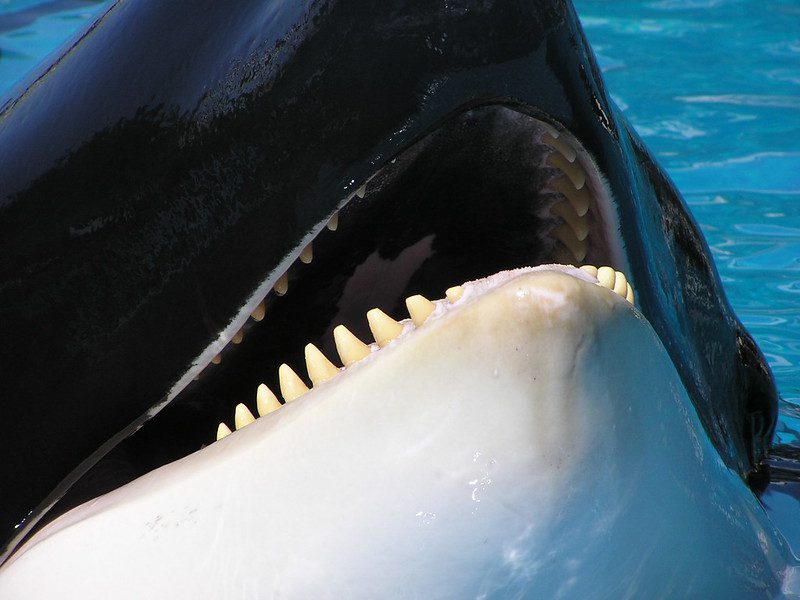 No - it isn’t peculiar! A whale will also be very unlikely to think you’re a food and accidentally swallow you, too.

On the whole, they are interested beasts - and tend to be pretty calm!

Are whales scared of humans?

No - not on the whole, as they won’t even attack out of fear - they’re biologically predisposed to be the alpha predator at sea!

Do you know any fun facts about whales? Share them in the comments below!