Perhaps known as one of the most enduring figures of British culture, Sir Winston Churchill was British Prime Minister during the Second World War. He is often credited with leading the British to victory alongside the Allies against Nazi Germany.

But were you paying enough attention in history class? How much do you know about his time in power and his life in general? Here are some fun Facts about Winston Churchill to act as a refresher.

Winston Churchill was half-American on his mother’s side. He was the son of Lord Randolph Churchill and Jennie Jerome, who was heir to a financier fortune. He had one brother, George.

2. When was Churchill born?

He was born on 30th November 1874 at Blenheim Palace in Oxfordshire.

3. He was married for a long time.

He was married to Clementine Churchill for over 50 years – 1908 to 1965. Her maiden name was Clementine Hozier. 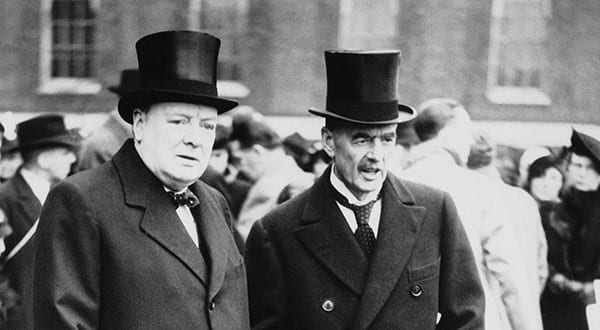 4. He had a reputation for being somewhat clumsy, yet lucky.

Winston was actually seen as someone who was prone to various knocks, falls and accidents. However, despite many close brushes with death, it seems someone had a greater plan in mind for him! “You must put your head into the lion’s mouth if the performance is to be a success,” he once said of taking risks.

in 1943, Winston Churchill was given an actual lion. Named ‘Rota’, Churchill housed his lion at London Zoo. After its death, it somehow ended up stuffed and displayed in the Lightner Museum in Florida, USA.

Churchill was actually an artist in his spare time and produced more than over 500 different pieces of work. Many are still on display today through the National Trust.

In a nationwide poll that was widely televised, Churchill was named the ‘Greatest Briton’ of all time, largely thanks to his role in defeating Adolf Hitler.

8. Churchill failed to get re-elected.

After the Second World War, Churchill actually didn’t get re-elected. The Conservative Party, of which he was leader, lost their attempt to get re-elected. However, he did have a second shot at leading the country in the early 50s, taking up the post again in 1951.

Churchill was also an accomplished author. He even received the Nobel Prize for Literature in 1953, two years after he became Prime Minister once more. 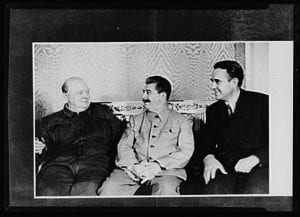 10. He was gravely ill during WWII.

Despite his accomplishments in the War, Churchill actually suffered from pneumonia and was struck down with a heart attack on his way towards victory.

11. He was immortalized on the big screen.

Chameleonic actor Gary Oldman portrayed Churchill in the 2017 movie ‘Darkest Hour’. Oldman would win the Oscar for Best Actor in 2018, his first-ever.

12. Churchill even helped to create words.

Churchill is known for his many quips and quotes, but he is also known for creating a few words. The most used of these is likely ‘summit’, used in a context to describe a meeting of political minds. 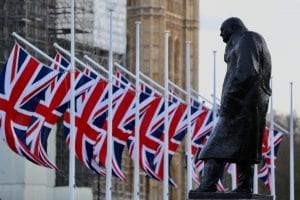 The statesman famously drank and smoked regularly. Even during the War, Churchill would continue to smoke through an oxygen mask, which he had specially adapted.

14. And he was quick with the odd stinger.

Winston Churchill has many famous quotes, including “The best argument against democracy is a five–minute conversation with the average voter”.

15. He served parliament under several monarchs. 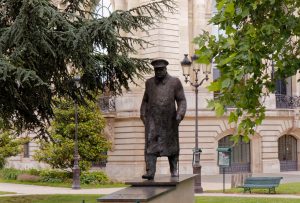 Churchill once made a daring escape by scaling a wall from a prison camp in South Africa in the late 1800s, having been kidnapped by Dutch forces fighting the British. He hid low in a coal bunker before traveling back to South Africa via Mozambique.

How tall was Winston Churchill?

What did Churchill call his wife.

He nicknamed and called Clementine Churchill 'Cat'. She called him 'Pig'.

Churchill was succeeded by Harold Macmillan who became the British prime minister in 1957.

Do you know any fun facts about Winston Churchill? Share them in the comments below!