Winter is likely to be many people’s favorite time of the year. While it can get bitterly cold depending on where you are in the world, it is also the time of year in the northern hemisphere for Christmas and New Year celebrations. What’s more, there’s nothing quite like taking a stroll through snowy trails and wrapping up warm.

Regardless of what you feel about winter as a season, there may well be plenty you don’t actually know about the months of December through to February. Here are a few fun facts about winter that will fascinate you as the cold snap approaches.

1. We probably see more of the Sun during winter.

Believe it or not, during the winter, the Earth is actually likely to be closer to the Sun. The drop in temperature during the season has nothing to do with our location in relation to the Sun, rather, it relates to the Earth’s tilt. While one hemisphere witnesses warmer weather in the wintertime, the other will get colder weather.

That’s why Australia, for example, celebrates a warm winter compared to the UK and USA, where things really start to get bitterly cold.

The coldest UK temperature ever recorded in winter was experienced in Braemar in 1895 and 1982, and in Altnaharra, Scotland, also in the same year. Both areas experienced lows of -16.9 F!

It’s thought that winter is the worst time for many relationships. Statistics and research shows that couples may double their chance of splitting up between December and February. Whether this is due to holiday pressure or seasonal depression is open to debate. 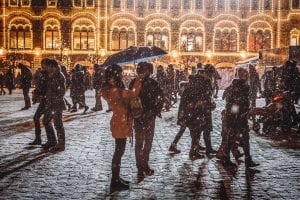 4. Japan tends to get snow worse than many other countries.

Snow falls hard in various locations during the winter, but Japan seems to be one of the worst-hit countries. In fact, Aomori is perhaps the snowiest city in the world at wintertime, with around 36 feet of snowy downfall likely to hit the area during the cold snap.

The coldest UK winter ever recorded fell in 1963. It’s here where many cities and regions experienced temperature lows of -4 F.

6. We have our own hibernation rituals!

Winter is typically the time of year when animals will store food for hibernation. Humans, of course, don’t take part in this, but we do tend to eat more over the winter period.

7. What’s the coldest country in the world in wintertime?

Russia remains the coldest country in the world during winter, though Canada and believe it or not Mongolia are not far behind.

8. The Arctic can struggle to see the Sun.

The Arctic Circle descends into total darkness during winter for a number of weeks. There are animals such as reindeer which live in the region who have adapted to such change, as their eyes allow them to navigate in the dark.

9. The US has seen lots of snow in one heap!

The most snowfall ever recorded in one winter took place in Mt Baker, Washington. This ski resort saw snow fall to a staggering 1,100 inches between 1998 and 1999. 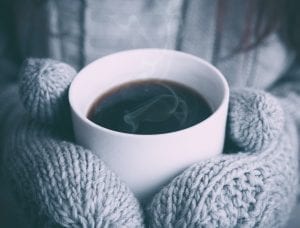 There are actually two different types of snow phenomena. Some snow is dry, while other snow can be wet! That’s why you get some which is powdery and solid, or dry, and other snow which is softer and easier to play with.

The biggest snowflake ever recorded was found in Fort Keogh, Montana. The monster flake fell at around 15 inches wide, making it a true record-breaker. Speaking of snowflakes, they’re not white – they’re see-through.

12. The Winter Games started around a century ago.

The Winter Olympic Games first took place in 1924 and have been a regular fixture in the northern hemisphere every four years, running conversely to the Summer Games. As a result of the scheduling, no one from the southern hemisphere has ever bid for the Games.

13. Let’s squash some myths about snowflakes.

Snowflakes will differ from flake to flake, but they are all hexagonal.

Actually – not all snowflakes are completely unique. There have been very rare cases where two snowflakes found have matched up. We certainly wouldn’t like to be the ones playing that intense a game of spot the difference!

You may assume that much of snow is water. However, while this can vary, there is actually probably less water in snow than you might imagine. It’s thought that only a twelfth of snow, on average, is H2O.

15. Stonehenge is a winter calendar of sorts.

Stonehenge, the ancient druid and pagan site in Wiltshire, England, lines up perfectly with the sunset as it falls around the winter solstice.

Which months are classed as winter in Australia?

Canada’s winter tends to come thick and fast around November, and may even last until April!

Is it warm in California in winter?

It’s certainly milder in many CA cities compared to what you might expect, however, things do still get pretty chilly.

Do you know any fun facts about winter?  Share them in the comments below!