Have you ever wandered through the woods and heard a strange loud repetitive tapping sound?

The woodpecker can be found all over the world, in different shapes, sizes and colors – so you have almost definitely had the pleasure of hearing one! Check out these fun facts about woodpeckers to find out more…

Woodpeckers (aptly named, I’ll give them that) peck the bark of trees to forage for insects and larvae, but they also communicate by drumming their beaks, maybe they’re complaining about your noise too!

2. They even take on a succulent or two!

As you can imagine, the woodpecker’s habitat is mostly forest and woodland, however, some can be found in deserts areas where they swap trees for cacti. So no matter where you go, it seems you can run, but you can’t hide!

3. Woodpeckers can be pests in their own way!

As well as looking for food, they also nest in the holes that they have worked hard to excavate, often running into trouble when building their home-holes in your houses’ walls, and creating safety issues when they choose a utility pole for their nest (TIMBER!). 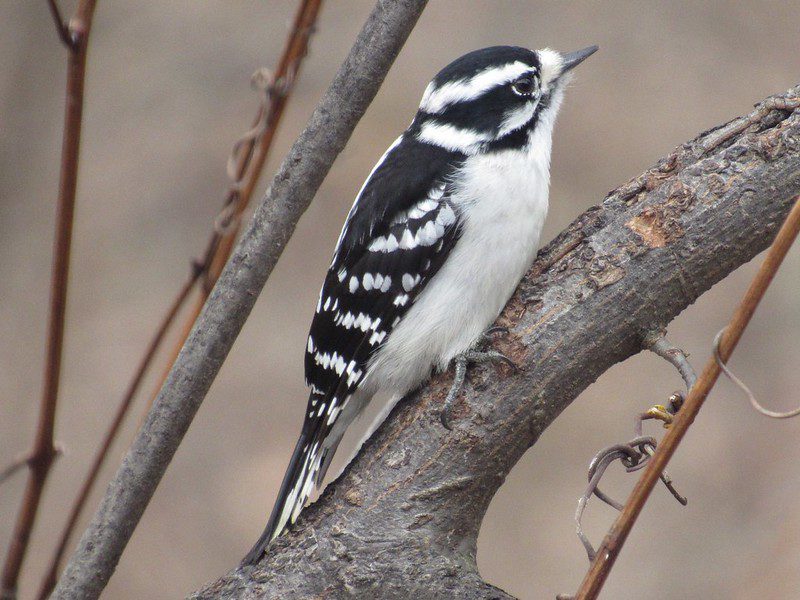 4. Woodpecker tongues are pretty amazing on their own.

A woodpecker’s tongue is extremely long compared to its size! The tongue can get to around 10 inches long and they store the extra length up around their skulls when they’re not using it to reach bugs hiding in holes.

5. But what about woodpecker skulls?

I have a headache just talking about all that drilling, so how does the woodpecker not get a migraine? Their head taps with around 1 thousand times the force of gravity, if a human were to attempt the same feat we would undoubtedly die. Woodpeckers have evolved strong muscles in their necks and their brains have lots of cushioning and minimum wiggle room in their skull so it doesn’t get knocked around in there.

6. What do you call a group of woodpeckers?

Have you heard of a group of crows being called a “murder”? Well, almost as sinister, a band of woodpeckers is called a “descent”…

It seems that no bug is safe from this predator all year round, as the availability of food changes with the seasons, as do the wood pecker’s hunting habits. Woodpeckers can even detect the slightest movement from a hibernating insect.

Woodpeckers, much like their friends the magpie, love a bit of bling. If you wish to deter them away from your home and garden, hide the shiny objects!

Another thing that woodpeckers love is cheese! To attract one, just cover an acorn or anything else lying around with the stuff… To play a nasty trick on one for damaging your prize apple tree, sprinkle some pepper on it and it won’t be back for more. 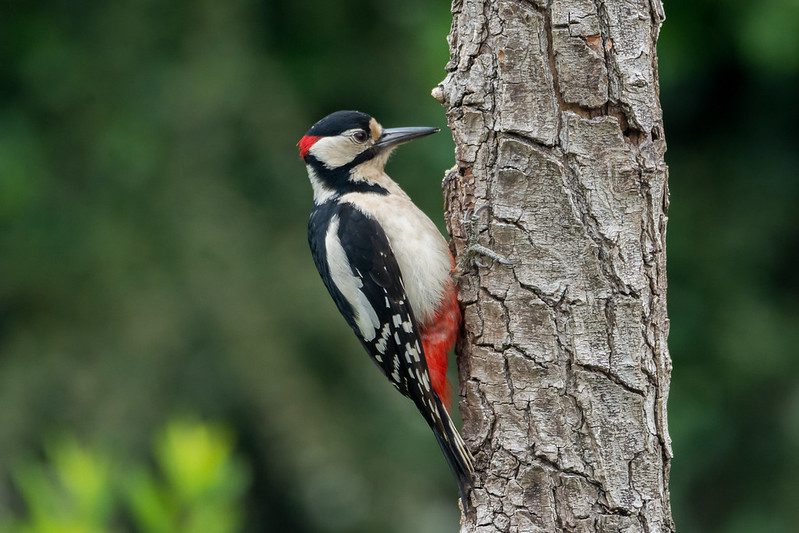 10. Watch out for woodpeckers that have passed on…

Have you started a new job recently and are looking for some good omens? Well, if you happen upon a dead woodpecker it could be interpreted as a warning of a conflict about to go down in your workplace, particularly with your superiors.

11. Many woodpeckers stick with the same partners.

On a happier note, a lot of woodpecker species just happen to be monogamous and will prefer to mate for life, thus being one of the more romantic birds.

When a woodpecker couple decides to settle down together and have a few chicks, the dad is as hands on as a dad can get in the animal kingdom. The eggs are kept warm by him or mum during the day, and dad takes care of them all night! Both birds feed and take care of the chicks and they even work together to make sure they keep their nest nice and clean.

Between looking for food, making their nests and communicating with each other, woodpeckers can end up pecking 8,000 to 12,000 pecks in one day, and up to 20 pecks per second.

Talking about communicating, the woodpecker’s pecks play a key role in the way it finds a mate. Males use their beak to make drumming sounds and this alerts others, males and future partners alike, that this is his territory, thus warning off rivals and attracting females. 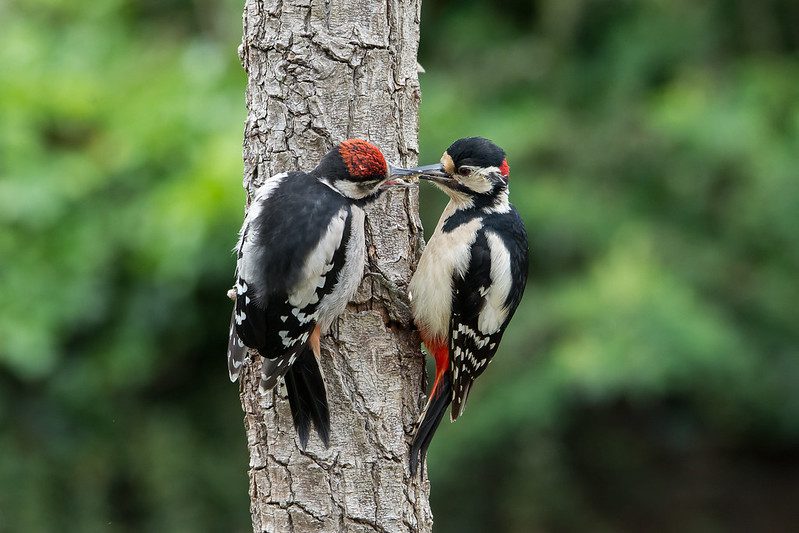 Is it lucky to see a woodpecker?

Yes, it can be considered quite lucky to see a woodpecker - they are said to suggest prosperity is just around the corner.

On the whole, yes - they can be! This is especially the case if you leave food out for them!

How long do woodpeckers live for?

Woodpeckers are known to live for up to a decade or more.

Do you know any interesting facts about woodpeckers? Share them in the comments below!