There’s more than meets the eye when it comes to the stars. In Western astrology, every person has a Zodiac Sign based on the location of the Sun during your birth. And this sign wields tremendous influence over your personality and life.

Here are the 14 most interesting facts about zodiac signs that are written in the stars.

Interesting things about the origin of zodiac signs

The zodiac system began as an agricultural calendar. Ancient farmers used the positions of the constellations in the sky to determine the right time to sow and harvest. Evidence suggests that this practice dates back thousands of years in the civilisations along the Nile and Euphrates Rivers.

2. There were 13 original zodiac signs

The zodiac system wasn’t always a round number of 12. The fun fact is that the zodiac had 13 signs, including Ophiuchus, the snake charmer. It sits near the constellations of Hercules, Aquila and Serpens.

However, when the Babylonians formally established the zodiac signs 2,500 years ago, Ophiuchius had to be dropped. They followed a 12-month calendar based on the phases of the moon, which meant there was only room for 12 signs. This 12-sign system also helped Babylonian astrologers create more precise predictions for harvests. 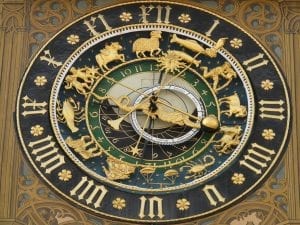 The zodiac signs and famous people

3. An astrologer of Princess Margaret made zodiac popular again

Now that we don’t rely on the stars for agricultural timelines, it’s a fascinating fact that the zodiac signs are still popular. This was the legacy of Richard Harold Naylor, a prominent British astrologer in the early 20th century. He had read the palms of Winston Churchill, Grover Cleveland and Mark Twain. But his biggest predictions were those of Princess Margaret.

A few days after the princess was born, Naylor published the world’s first newspaper horoscope. According to the column What the Stars Foretell For the New Princess, Margaret’s life would be eventful. The column gained enormous public interest and triggered many requests for more. Thus, the newspaper horoscope was born.

4. The Roosevelts enjoyed astrology, too

Presidents Franklin and Theodore Roosevelt kept their pulse on astrology and horoscopes. In fact, Teddy Roosevelt surprisingly had his horoscope mounted on a special board in the Oval Office. He said he kept his eye on the “opposition of my seventh house Moon to my first house Mars.”

5. Most American presidents are Scorpio and Aquarius

It’s true that some zodiac signs are more presidential. In fact, five American presidents had been born under the signs of Scorpio (Adams, Polk, Garfield, T. Roosevelt and Harding) and Aquarius (Harrison, Lincoln, McKinley, F. Roosevelt and Reagan). Meanwhile, only two Virgos and two Aries have served as president.

Elsbeth Ebertin was a prominent German astrologer who published a book titled Celestial Change and World Events in 1924. In it, she predicted Hitler’s rise to prominence, and the book was a commercial success. It sold more than 70,000 copies and went into at least a fourth edition.

7. Most billionaires Are Libra

A study has found that, of the moguls in the Forbes’ Billionaire List, most were born under the sign of Libra. Libra is the sign of 27 billionaires, including Ralph Lauren and Liliane Bettencourt.

8. Some zodiac signs earn better than others

9. Geminis are more likely to quit their jobs

Geminis tend to leave their jobs frequently because of their dual nature. Having the right job is important to them, and they have a quick-moving mind looking for new challenges.

10. Sagittarius kids are more likely to be stars 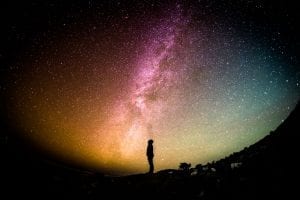 According to stats from the FBI, Cancers are the most arrested criminals, followed by Taurus and Sagittarius. In addition, their crimes are more serious, too.

Leos are twice as likely to hit the gym compared to other signs, according to a survey of 10,000 UK women.

Zodiac signs and horoscopes may be popular across the world, but in Japan, blood types prevail. So don’t be surprised when somebody asks for your blood type in Japan instead of your zodiac sign.

Did we miss any fun fact about zodiac signs? Share them in the comments!

And if you’re still fascinated by the nighttime sky, read these starry facts about stars.