We’ve come a long way from horse-drawn carriages, and it seems that automobile innovators are not slowing down. But how much do you know about the Toyota and the Rolls Royce you see on the road? And how much farther do you think we’ll go?

Go full throttle with these 40 fun facts about cars.

While there’s no single individual responsible for inventing cars, most historians agree that Nicolas-Joseph Cugnot crafted the first true automobile in 1769. It was a steam-powered tricycle that ran for 20 minutes carrying four people for 3.6 km (2.25 miles).

The first cars couldn’t travel long-distance, so short trips were the norm. That is, until August 1888, when Bertha Benz drove her car — a Benz Patent-Motorwagen Number 3 — from Mannheim to Pforzheim. With 106 km, that was the first-ever road trip.

The first person to make a speeding offense was Walter Arnold, who in 1896, went above the speed limit in Paddock Wood, Kent. Fun fact: the speed limit for cars then was 2 mph. 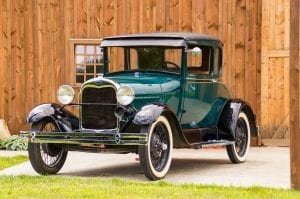 4. The US military were first to use Jeeps

The 4×4 vehicles, also known as jeeps, date back to the Second World War. Between 1941 and 1945, about 650,000 jeeps were produced for the US military, and these automobiles are still manufactured and used today.

5. Cruise control was invented by a blind man

Cruise control was invented by Ralph Teetor, an American engineer who was blind since the age of five. He went on to serve as president of the Society of Automotive Engineers.

Airbags aren’t as old as you think; they are a fairly new addition to cars. As a matter of fact, the first airbags were developed in the 1950s, but it took 30 years for it to be perfected and commercially available.

According to the Guinness Book of World Records, the highest vehicle mileage belongs to Irvin Gordon’s 1966 Volvo 1800S. He had driven 3,039,122 miles.

The Guinness world record for the fastest production-car belongs to the 2020 SSC Tuatara Hypercar. In fact, this fun car reached a top speed of 316.11 mph.

9. The record for engine replacement is less than a minute

A team of five UK Royal Marines was able to remove and replace a Ford Escort engine in a speedy 42 seconds. 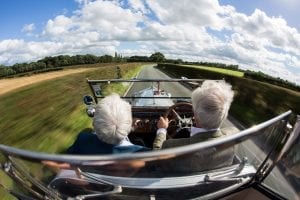 James Rees Sr. holds the Guinness world record for the longest ownership of a new vehicle. He has owned his grey and white Chevrolet Coupe for 61 years and 7 months.

The record for the most expensive car ever sold is the Bugatti La Voiture Noire, with a price tag of a whopping $18.68 million. Bugatti says that only one La Voiture Noire will be built.

At 100ft (30.5m), the longest car in the world is a limousine designed by Jay Ohrberg of Burbank, California. The automobile has 26 wheels. 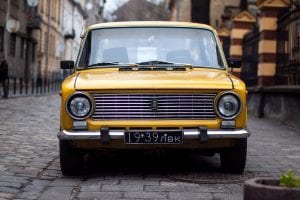 13. Cars are the most recycled products on Earth

Cars are the most recycled consumer product in the world. Over 25 million tons of materials are extracted from old vehicles. In fact, the automobile industry in the US and Canada produces enough steel for 13 million new cars.

Cars by the numbers

14. Tens of millions of new cars are produced every year

In 2019, the world produced 92.8 million motor vehicles, most of which were manufactured in China, Europe, and North America.

15. The most popular car color is white

Around the world, white is the most popular color among cars. In fact, it’s twice as popular as its closest rival, black. This is because it keeps the interior cooler and is an easy match for repainting. 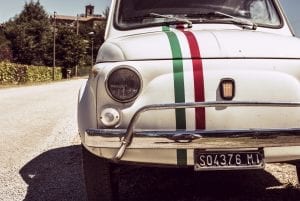 16. The price of gas has skyrocketed

In 2014, studies showed that drivers in London spend 82 hours in traffic jams (equivalent to over three days). 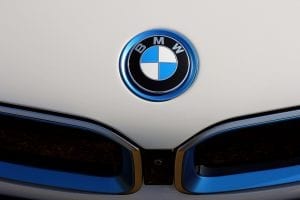 19. Millions of tyres are disposed of every year

The image of the tyre-filled scrapyard is fairly accurate. Millions of tyres are discarded every year. In fact, 250 million are generated in the US alone.

Today’s drivers don’t use their cars very much. A 2016 study shows that cars are parked 95% of the time and are driven only 5% of its life.

21. Many car owners don’t wash their own cars

Not everyone is keen on keeping their cars clean. A survey shows that 3 out of 4 women and 1 out of 3 men have never washed their own cars. 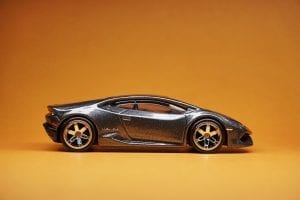 22. Over 1 million people die of road crashes each year

According to the World Health Organization (WHO), about 1.35 million people die each year from car crashes, and more than half of these deaths are pedestrians, cyclists and motorcyclists.

The WHO reports that the direct economic cost of around the world amount to $518 billion. That’s about 2% of the gross national product of high-income countries.

An interesting fact about cars is that it’s possible to de-sync your car’s fob or clicker — some say it would take over 250 clicks. We don’t suggest trying it! 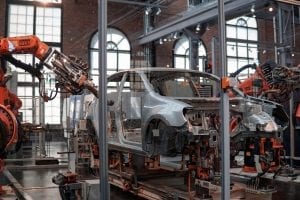 Interesting auto facts around the world

26. Most cars come from China

27. In most countries, you drive on the right

In 76 out of 163 (70%) countries and territories, you drive on the right side of the road. These include the US, Canada, France, China and Russia. 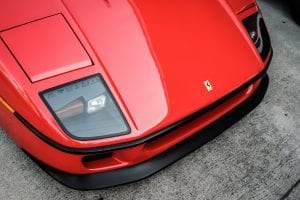 28. It’s hard to prove that LA has more cars than people

Many say that Los Angeles has more cars than people, but it’s hard to find numbers to prove that. In fact, 12.2% of LA households don’t have cars in 2016. Moreover, there are only 1.59 vehicles per household.

29. San Marino has the most cars per person

30. BMWs in South Africa once had flamethrowers!

In the 90s, car buyers in Johannesburg, South Africa had the option to buy a BMW with flamethrowers — the BMW Blaster, which had a pair of nozzles on each side of the car. With the push of foot button near the gas pedal, this $650 add-on device would shoot massive flames on either side. It was designed by Charl Fourie as a response to alarming rates of carjackings. 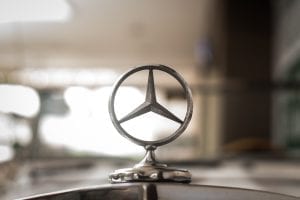 In Switzerland, it’s unlawful to slam the car door after 10 PM. Or else, you will be fined.

32. Russia has laws on car cleanliness

When you’re driving around Russia, your car should be squeaky clean. Driving a dirty car is a fineable offense, especially if the license plate number is obscured by dirt and grime.

Famous names in the world of automobiles

33. Story goes that BMW had to switch from a female voice to a male one

Though no one from BMW has confirmed, a lot of people say that the car manufacturer had to modify their GPS because of complaints from male drivers. The story goes that some time ago, male clients refused to listen to the female-voiced AI, so BMW switched it to a male voice. 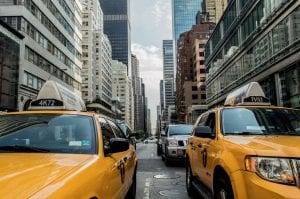 34. Volkswagen Group is a leader in car production

Many say that the Volkswagen Group is poised to become one of the most prolific car makers in the world. As a matter of fact, this important automobile company comprises 12 well-known brands, including Audi, Bugatti, Bentley, Lamborghini, Porsche and Volkswagen.

There’s a reason Ferraris are expensive and exclusive. Only about 8,400 Ferraris are sold each year after being manufactured in Italy. This is because Ferrari is committed to meticulous design and assembly. Compare that figure to say, Ford, which sells about 5.9 million cars in 2018.

36. The VW Beetle was the best-selling car of the 20th Century

On 17 February 1972, the Volkswagen Beetle dethroned Ford’s Model T as the best-selling car in the world. The latter held that title for four years, selling about 15 million cars. However, when the 15,007,034th Volkswagen Beetle came off the assembly line, it broke the record.

37. Mercedes and Benz were competitors

Another weird fact about cars is that Mercedez and Benz were once fierce competitors. For many years, Daimler-Motoren-Gesellschaft (DMG), which holds the patent for the brand Mercedez, and Benz & Cie. tried to outdo each other. But to stay competitive in the post-WWI period, they entered a joint venture in May 1924, giving rise to Mercedez-Benz.

We’d all love to be Daniel Craig as he drives his handsome Aston Martin DB5, but it appears that he wasn’t allowed to drive it on set. Craig revealed that during the shooting for No Time To Die, the film producers decided it was too dangerous to act and drive at the same time. So for the high-speed chase shots, a stunt driver took his place. 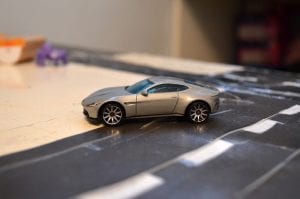 The future of the automobile

39. We’re getting closer to driverless cars

We’re producing more and more reliable, driverless cars, with Google at the helm. In 2009, Google started this project to create cars that could drive itself over ten 100-mile routes uninterrupted. By 2016, it has established Waymo, its autonomous driving tech company.

A team of engineers at the Free University of Berlin worked on the Brain Driver, a system that aims to help someone with a physical disability to navigate the world. The project includes controlling cars using only your thoughts, which are captured by a headset with 16 sensors.

Can I leave a car for more than two weeks?

No - it’s never a good idea to leave any vehicle idle for this amount of time - make sure to at least power it up!

How often should a car be started?

Generally, you should try and start up your car at least once a week if you can - otherwise, it’s going to go to seed!

Do cars ever need to rest?

No - generally, unless they’re not overheating, you shouldn’t need to rest a car from the road.

How many parts should the average car have?

In general, you can expect your average car to have a staggering 30,000 different working parts!

What was Japan’s first US-produced car?

The Honda Accord was the first Japanese car to make it to the states, back in 1982.

Why do electric cars have so few moving parts?

It’s to do with maintenance - electric cars, or EVs, don’t rely on oil or gas - so there’s less need for containment and dispersal, etc.

Did we miss any fun facts about cars? Share them in the comments!

And if you’re fascinated about speedy automobiles, check out these fast facts about Formula 1.