Founded in 1859 and located in the Pacific Northwest region, Oregon is a state of the US. Well known for its present traditions, natural marvels, and its wild west past, Oregon is a fascinating state. Here are some fun facts about Oregon, the 33rd state of America.

The Crater Lake, with a depth of up to 2,000 feet, makes it the deepest lake in America and places it amongst the top 10 deepest lakes in the world.

The huge honey fungus, which spans approximately 2.4 miles in Oregon’s Blue Mountains, is the biggest mushroom on Earth. Scientists believe that the fungus is approximately 2000 years old!

The residents of Oregon own around 25% of the llama population of the entire country. 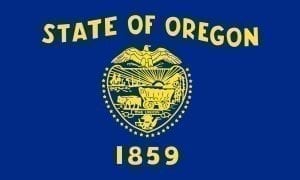 4. It’s also the cheesecake capital of the US!

Oregon is home to the largest cheesecake factory in the world. The Tillamook Cheese Factory is famous amongst all ages, and its visitors can observe how the cheese is made along with learning about the cheese-making process by taking a tour around the factory.

Oregon is the only state that has an official state nut, the hazelnut. 99% of the entire commercial crop in the USA is grown in Oregon.

The “swoosh” logo of Nike was designed by a student named Carolyn Davidson who was studying at Portland State University in 1971. Phil Knight, who was one of the founders of the company, rejected many of the designs made by Davidson. When picking the “swoosh” logo, he said that he wasn’t in love with it, but was hoping it would grow on him.

7. After years of debate…

We finally know where Homer, Marge, Bart, Lisa and Maggie live – it’s been revealed that the hometown of the popular animated show The Simpsons is inspired by Springfield, Oregon.

The name Oregon is believed to have originated from the French word ‘ouragon’, which means either ‘windstorm’ or ‘hurricane’, which refers to the powerful chinook winds of the Columbia River.

Oregon has one city named the ‘Brothers’ and another named the ‘Sisters’.

Built in 1973, the Forest Grove is home to the tallest barber pole in the world. At 72 – feet high, it is almost twice as tall compared to the previous pole that held the same title (40 – feet).

Oregon is the only state flag that carries two separate designs. It pictures a beaver on its reverse side. Oregon is occasionally unofficially termed the ‘Beaver State’.

12. Many towns in Oregon are abandoned.

Oregon is home to the most ghost towns in the nation, with over 80. One of the more hilarious ghost towns is Idiotville. It was said that only an idiot would work there since the area was so remote, hence the name. 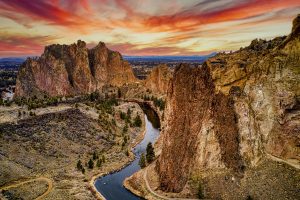 In terms of the most sightings of Bigfoot, Oregon comes in at number 6, with Washington being #1.

14. The parkland here is wonderful.

Oregon is home to one national park and 110 state parks.

Cannon Beach is a popular tourist resort in Oregon. It offers remarkable views of the jagged coastal rocks, the largest of these being the Hay Stack Rock (72 meters high). 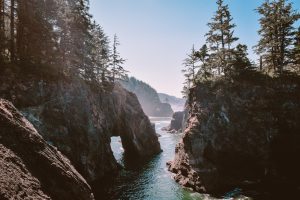 Oregon is well known for its natural wonders, its amazing landscape, and its place in the wild west legends of old.

What is the state beverage of Oregon?

What’s the famous fruit of Oregon?

Oregon is famous for growing pears down in Salem - it’s the state fruit.

Do you know any fun facts about Oregon?  Share them in the comments below!