St George is famously associated with England, a sword and shield, and all kinds of stories about dragons and slaying – as such, the tales of St George happen to be some of the most enduring tales of their time.

But did you know that the patron saint is more than just a legendary figure? Right here and now, we’re going to take a look at some fun facts about St George’s Day and the saint that inspired the event.

St George’s Day has a fixed date in the English calendar. It’s April 23rd – and it’s said to commemorate his death, back in the year 303.

Not many people can actually recall the exact date of St George’s Day, weirdly enough – only 20% of people in the UK surveyed can give you the precise date.

3. He was sainted long after he died.

St George has been a patron saint and celebrated since the 1300s, a millennium after he died. 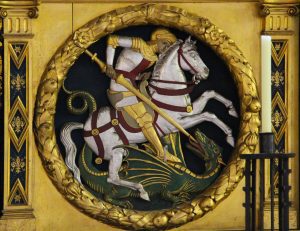 George and the dragon

St George’s death wasn’t of natural causes or even in battle – he was executed for protesting against the Roman Emperor Diocletian, and the way he treated Christian people.

6. He was executed in Israel.

St George is said to have met his end in modern-day Israel, then known as Lydda. It’s also thought he had a tomb of sorts that people used to flock to when they wished to pay respects.

7. St Edmund’s Day doesn’t really have the same ring to it…

9. The red cross and white background is very famous.

The St George cross or emblem is red on white – the official English flag. However, the insignia was made more popular by King Richard the Lionheart, and many soldiers wore the flag on their tunics, too. 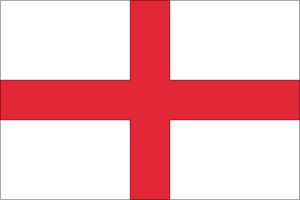 10. Celebrations have changed a lot.

St George is still celebrated in England to an extent, however, traditions have fallen away a little in recent years. Traditionally, people would celebrate the patron saint with Morris dancing and puppetry – there are worse ways to throw a party, honestly!

11. What about the dragon stories?

St George is, naturally, famous for slaying a dragon – or, as so the fable says. Legend states that the saint stayed a dragon (representing Satan) – in stories that emerged long after he’d died. Therefore, sorry to shock you – but these stories are legends, as far as we know them!

Here’s a bigger shock – St George was actually thought to be born in Turkey, or Cappadocia, as it was known centuries ago. 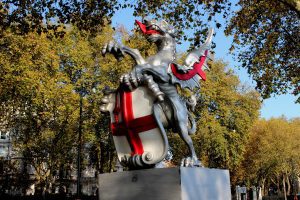 Statue of St George in London

13. His day is also celebrated by Shakespeare fans.

St George’s Day, April 23rd, is also marked as both the birthday and death day of famed playwright William Shakespeare. Therefore, many people choose to celebrate this date watching and enacting his many stories.

It’s thought so - but when it comes to legends about him slaying dragons, you may wish to prepare yourself a pinch of salt or two - they are stories, after all!

Why is St George’s flag red and white?

It’s inspired by St George’s cross from middle age times - but the flag itself was designed to help commanders tell the difference between English and French soldiers during the crusades.

Was St George a Catholic?

He was certainly a Christian, though he is celebrated by the Catholic Church, as well as East Anglicans and Lutherans.

Do you know any fun facts about St George? Share them in the comments below!