The increase in consumption and price of non–renewable energy has encouraged people to look into alternative, clean fuels that can meet our energy needs. Wind energy is one of these alternative sources. Below are 15 fun facts about windmills.

1.    The windmill is an ancient creation.

Persia and China were the first to develop windmills, and they’ve been around since 2,000 BC. By making use of winds, mariners used to sail distant to lands. Farmers, on the other hand, used them to pump water and grind grains. The most popular use of windmills today is to convert wind energy into electrical energy, so the crucial needs of the planet can be met.

Due to its clean source of energy and minimal pollution, wind energy is valued greatly all over the world.

Europe was home to around 200,000 of windmills during its popularity in the 18th and 19th century. 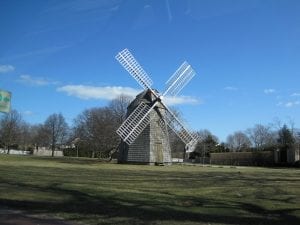 The largest windmills on the planet were located in the Netherlands.

5.    The US joined the windmill game pretty late!

A man called Charles Bush from Cleveland, Ohio was the first to create a windmill in America in 1888. The first modern one was built in Vermont in the 1940s.

6.    Yes – The Netherlands has a national day for windmills!

Every second Saturday in May, the people from Holland celebrate “National Mills Day”.

7.    Even Britain’s wild about windmills.

Over 130 million windmill energy farms are located in the United Kingdom.

8.    Windmill power is easy to underestimate!

Operating at its peak speed, the strongest windmill can power up to 500 homes.

The average rotor size of a wind turbine has reached a diameter of 97 meters back in 2013. 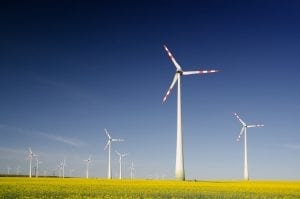 Between the years of 2000 and 2006, there was a massive rise in popularity of wind turbines. (it quadrupled).

11. Some countries depend on windmills!

In Denmark and Portugal, 20% of the energy production comes from the use of windmills.

In 2009, wind power was responsible for 1.9% of the electricity production in the U.S. This now easily powers more than 5 million homes in the Colorado state. 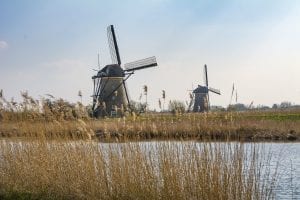 Your home could be powered with just one small turbine in your backyard.

The rots of modern windmills are placed as high as possible so they are able to access stronger winds.

15. There are windmill tours in Holland!

There are multiple ways for you to go windmill spotting in the Netherlands. There are numerous bus tours, but one of the loveliest ways is with a bicycle! The windmill mecca that is the Zaanstreek region passes a huge number of windmills and it takes about 3 hours. There is even a windmill museum!

What is a wind farm?

A wind farm is actually a collective term for a group of windmills - it does not necessarily mean there is any kind of farmland involved!

In some respects, yes - windmills can break down habitats and may even pose a threat to flying creatures.

What is a windmill a good symbol of?

The windmill can be a great symbol for self-sufficiency - as well as resilience!

Do you know any fun facts about windmills?  Share them in the comments below!

Are you fascinated with learning more about renewable, green energy? Check out these fun facts about solar power.

This page was last modified on September 25, 2021. Suggest an edit