Michigan lies in the Great Lakes and Midwestern regions of the U.S., and attained its statehood back on the 26th of January 1837 (becoming the 26th state to do so). Read on to discover 16 more fun facts about Michigan. 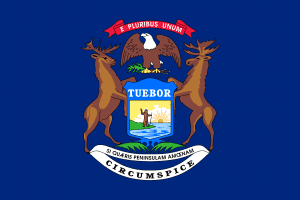 The world’s biggest weathervane, which stands at a staggering 48 foot and weight 3500 pounds, is located in Montague.

Do you know any fun facts about Michigan?  Share them in the comments below!