Who coined the word, and what does it mean?

The word “meme” was first coined by the British evolutionary biologist Richard Dawkins. He first introduced the term in his book “The Selfish Gene” in 1976. He wanted a word that sounded like “gene”. For Dawkins, the word “meme” was parallel to a “phoneme,” which is the speech’s smallest unit of sound, or to the smallest subunit that holds meaning in a word, the “morpheme”. He defined the word as “a unit of cultural transmission.”

In Greek, the word “mimoúmai” translates to “to imitate”; in France, they have the word “même,” which means “same .” So the origin of the word we use today can refer to any or both of them. According to Merriam-Webster Dictionary: a meme is a concept, an act, style, or usage that spreads from one user to another through imitation. It often carries symbolic meaning representing a specific phenomenon or theme.

An internet meme, however, is a bit different. It is also identified as an idea, behavior, or style, but with added forms: images, videos, and GIFs. They get spread via the internet, more specifically, via social media platforms. What is considered a meme may vary and change over time and across different online groups and communities. When were memes first created, and how did they get so popular?

Internet memes became a thing in the mid-1990s; back then, they were short clips shared between people. As the internet started evolving, memes did too. There was a website specialized in originating memes called “4chan”; it was described as “the cradle of memes .”

In 2005, after YouTube was released, video memes became a thing. Then it became easier to share different kinds and forms of memes with a wider range of audiences when social media platforms such as Facebook and Twitter appeared.

To help users create memes, programmers have created specialized websites for generating memes; they contain blank meme templates. In contrast to the short lifespan modern memes have, it was possible for memes during that period to hold their popularity for a long time; that can be anything between months and a decade.
Photoshopped images are considered one of the earliest forms of image-based memes, next to the demotivator, the advice animal, and comics. LOLCats were also one of the earliest forms; we still see many of them nowadays; it is like cat memes never die.

What helped memes get super popular in our age is their massive use and how easy it became to make them. Everyone with a smartphone can make a meme and post it to their social media; many people even became famous for the memes they created.

It is said that memes are not different from any other form of communication or knowledge creation. Memes even became a way of expressing thoughts and emotions sarcastically. One small image can tell a whole story. Making memes is now the cheapest way of showing creativity.

What makes a good meme?

Some may say that the best memes out there are the ones that can be understood by the widest circle of people; the more people get the meme, the more it is considered a good one.

Others may say the best ones are the ones that stay within a narrow range of people as an inside joke. What makes a meme good for real is that it can fulfill its purpose, whether spreading wildly and becoming a trend or staying as a mystery ununderstood by most.

The image is a huge part of the meme; sometimes, it can be the only part. Other times it is a half image or video and half text or context. The same meme can be understood in many different ways depending on the situation it is used in; it can express a wide range of emotions, beginning with excitement and ending with fear.
Famous memes have become a huge part of our culture, and people now react to each other face to face, in real life, using memes expressions. Putting on a famous meme’s face, or saying a favorite meme’s catchphrase, in a way, became an inside joke between groups of friends. And that caught on to the degree that brands started advertising with memes. 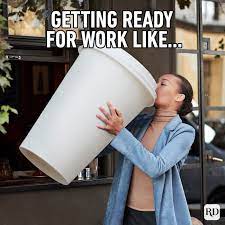 Ever since memes first appeared, they have only been gaining more and more fame and getting used in more and more contexts and fields; they have never once witnessed a setback, and that is because they are made by normal people, not by corporations. The fact that people are controlling the content of memes means that as long as there are relevant people, relevant memes will exist.

This page was last modified on November 19, 2022. Suggest an edit