In virtually any walk of life or field, working according to structure makes achieving success and fulfillment much easier. This applies to practice in any code of sport or coaching in it.

Basketball is a very movement-orientated sport that requires rapid transitions from jogging, sprinting, and good hand-eye coordination. Speed and agility training is vital for excelling in basketball, according to the National Academy of Sports Medicine (NASM).

Being a basketball coach is a difficult job which is not for the faint-hearted. One has to ensure that the players are mentally strong, physically fit, and adhering to good diets. A failure to do any of those things will greatly diminish the overall quality of a team.

Similarly, basketball is largely a team-sport and for a team to perform to their optimum potential, every player should ideally be playing well. A weak player in a team made up of otherwise quality talent will greatly diminish the output of the team. 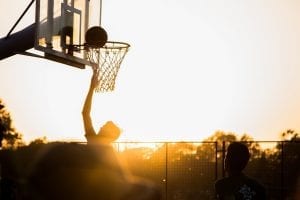 How to maximize your potential as a basketball coach:

You have to analyze every movement of your players in training. If you notice that they have a bad habit such as a rough or slow habit- they are likely to repeat it in training. It is best to keep a notebook while watching your players train.

If you notice any problems or anything good about them, jot it down to ensure that you don’t forget about it.

Team psychology and chemistry is an important part of a team’s success. There have been countless times throughout history where teams that had quality players lost against less technically gifted players as they did not have chemistry.

You must be firm and in control but at the same time create a positive atmosphere during training. If training is done according to a methodical approach with a fun and positive atmosphere, you are bound to experience good results.

Even if a coach has all the technical knowledge in the world, he may not make much of a positive difference to his players if he has poor communication skills. Your players want to know that you care about them.

The age of digital communication has made communication easy even if you are on opposite sides of the world and thousands of miles apart.

Have a team of assistants or an assistant who you work well with and who can work according to detail- Basketball teams often offer the coaches budgets in order to try and improve the overall quality of the team. 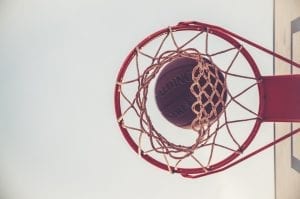 There are many aspects involved in making sure that a team is successful and the coach is not expected to have expert knowledge on everything. He can often appoint a team of experts from within the field to assist him with sub-duties.

The assistants will also assist the coach in terms of measuring the progress of the team and players and ensure that he and the rest of the coaching team are held accountable for actions that they undertake.

In sport, psychology is as important, if not more important than a team’s performance on the field. Results will come if the players are positive and if there is a winning culture within the team. You should never expect less from players or accept mediocrity.

Give them a pat on the back when they do well but at the same time, don’t give praise too easily or it could create a culture of settling for less.

Also, do not put the players above the team or give any particular player preferential attention. This could allow ego to develop in the team which could be destructive to the team-culture and results.

6. Listening to fans and players

Granted, there are some fans that won’t like you regardless of who you are. This is to be expected and is the nature of sports and the industry. However, if a number of fans are saying similar things, they may have a point which you will need to listen to.

You do need to communicate with the players to find out if they are happy with the way things are going. Do not give into individual player demands if they are the only ones asking for something that you feel is not warranted.

However, if a number of players are unhappy, it likely means that something needs to change.

Many sports environments have led to situations where the coach lost the trust of his players and thus ended up getting fired or resigning. 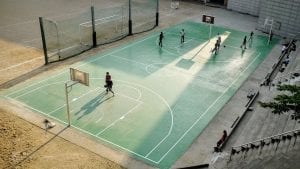 A recipe for failure is to try and act as though you are someone whom you are not. In the end, it usually leads to frustration and you may end up venting out on others in a hostile manner. Be yourself and don’t try to scream if you are not a screamer.

Those who don’t are bound to fail even if their technical knowledge and expertise are good.