Looking to boost your knowledge of the Middle East and increase your chances of being crowned the next geography quiz champion? Why not start with these 33 fun facts about Saudi Arabia!

Located in southwest Asia (at the crossroads of Europe, Asia and Africa), Saudi Arabia extends from the Red Sea in the west to the Arabian Gulf in the east.

It is bordered in the north by Jordan, Iraq and Kuwait, by Yemen and Oman in the south and in the east by the United Arab Emirates, Qatar and Bahrain.

3. Saudi has less than half the population of the UK. 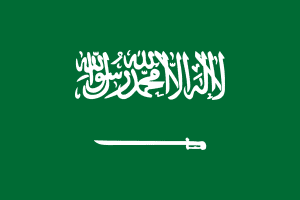 4. What’s the capital of Saudi Arabia?

The capital and largest city in 2011 was Riyadh, with a population of 5.451 million.

Other large cities include Jeddah, with a population of 3.578 million and Makkah (Mecca), with 1.591 million inhabitants.

100 camels are sold on average per day in Riyadh, the Saudi capital.

6. Saudi is of huge religious significance.

Mecca is the is the destination of the Hajj pilgrimage. Every Muslim who is able within reason (physically or financially able) must make this pilgrimage at least once in their life, and Muslims pray in the direction of Mecca, or more specifically the Kaaba in Mecca.

7. The country was created in the early 20th century.

The Kingdom of Saudi Arabia is almost entirely the creation of King Ibn Saud (1882–1953). He united the four regions into a single state through a series of conquests beginning in 1902 with the capture of Riyadh, the ancestral home of his family, the House of Saud.

On 23rd September, 1932, King Abdulaziz announced Saudi Arabia as a kingdom and every anniversary of this date is a national day; in 2020, the country celebrated its 90th Saudi National Day.

9. Change up the pennies!

The currency here is called the Saudi Riyal. 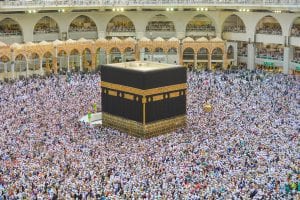 The Rub Al-Khali, in the southern part of the country, is the largest sand desert in the world.

11. The country is also well-known for its peaks.

There are mountain ranges of over 9,000 feet in the southwest region.

From June through to August, the temperature can reach over 33 degrees Celsius (110 degrees Fahrenheit) in the desert! Hot stuff! 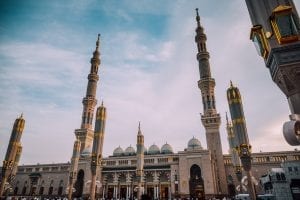 13. There are no natural water sources in Saudi.

There is no flowing water in this country, but there is a manmade lake in the north-western part of the country called Dumat Al-Jandal; although you can’t drink the water as it’s too polluted, you can take a dip and participate in water sports and it’s beneficial for wildlife, plants and agricultural land.

Most of the fresh water here comes from desalinization plants or underground reservoirs.

14. Saudi has its own lunar calendar.

Upon its discovery during WW2 in 1936, the commercial production of oil began and the wealth it generated enabled the country to provide free health care and education to its people, without collecting any taxes from them either – brilliant! 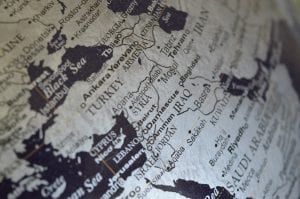 Want to call your family in Saudi Arabia? You’ll need to use the international dialling code +966.

17. The Jordan-Saudi border is… complex.

The border between Jordan and Saudi Arabia, noted as being unique for its zig-zagging nature, has been the source of much speculation. It has been nicknamed Churchill’s Sneeze and Winston’s Hiccup, as it was rumoured to have been drawn by an inebriated Churchill “with a stroke of a pen, one Sunday afternoon in Cairo”.

Early traces of human activity can be found in Saudi Arabian prehistory, some of the earliest recorded in the world, as it was formed by several ancient civilisations. 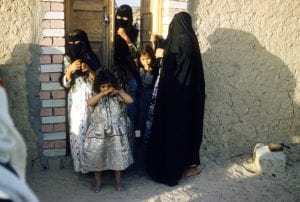 19. Saudi is a strict Muslim country.

Saudi Arabia follows strict Islamic law, Sharia, and so requires all citizens to be Muslims, there is no freedom of religion.

Non-Muslim holidays and festivals like Christmas, are banned and it is even illegal to import Christmas decorations.

It is illegal to build a non-muslim house of worship. This means that churches, temples and the like cannot be found in Saudi Arabia .

The religious police in Saudi Arabia make sure that Sharia law is followed, and they patrol the streets to enforce the rules and punish those who do now follow them. 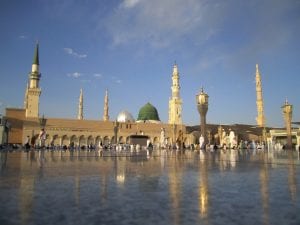 22. The rules extend to private life.

Dress codes are enforced, as is the strict separation of men and women (premarital sex is forbidden, you cannot book a hotel room as a man and woman without the same surname), and prayer is 5 times per day and so shops and businesses must close during prayer time.

23. Watch what you eat and drink here.

Alcohol and pork products are illegal to consume and import into Saudi Arabia.

The death penalty is enforced as the highest form of punishment, in 2015 one person was executed every other day. 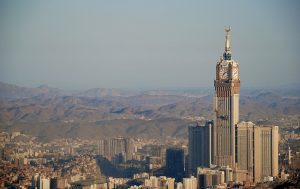 25. Big weekly changes have been made.

The weekend in Saudi Arabia was Thursday-Friday as Friday is the holiest day for muslims, but recently it has been changed to Friday-Saturday to be more in accordance with the rest of the world.

26. Women are expected to cover up.

From a young age women are required by law to be covered, a black abaya is usually the dress of choice as everything but the hands and feet must be covered and failure to abide by this rule will result in police action. Most women also cover their hair for religious reasons, and some also cover their faces.

Women do not have equal rights to men, every female must have a male relative “guardian”, such as a husband, brother, father, uncle, etc. 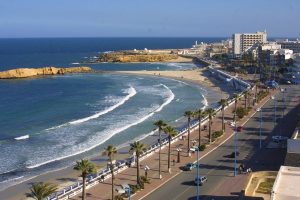 28. Some financial laws regarding women have been relaxed.

In the past women were denied access to the money in their bank accounts, to education or to work, to travel, and many other freedoms without the consent of their male guardian. As of 2008 this was relaxed slightly, and as of 2017 women are now allowed to avail themselves of government services without permission from their guardian, so long as it does not contradict Sharia law.

Upper class Saudi women usually have domestic servants, and as their rights to travel and leave the house are restricted, obesity has become a problem among them.

It was forbidden for women to drive before a law passed in 2018 allowing them this right. 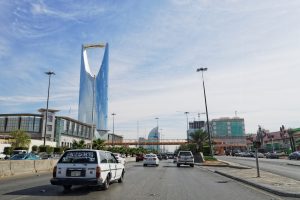 31. There’s still an imbalance in the working world.

Female participation in the labor-force is one of the lowest in the world, only in 2012 were they allowed to work in places such as lingerie shops.

Saudi Arabia is highly reliant on expatriates; over half of the labor force is foreign. This has caused issues in many different ways, one being that the burial of non-Muslims is strictly forbidden on Saudi soil. This rule has since been slightly relaxed.

33. Many buildings have been destroyed for an interesting reason.

Under Saudi rule an estimated 95% of Mecca’s historic buildings, thought to be over a thousand years old, have been demolished as Saudi Wahhabism does not tolerate idolatry and so sought to destroy any revered historical and religious places of significance to discourage this. 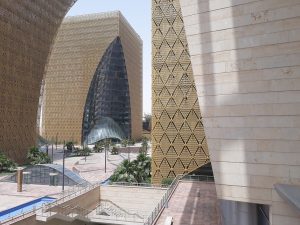 Can you drink alcohol in Saudi Arabia?

No - drinking is not only frowned upon, it is a criminal offense.

Previously, Saudi Arabia only ever allowed hotel rentals to married couples, but this law has since been relaxed, meaning you can stay with a boyfriend or girlfriend.

What are some popular jobs in Saudi Arabia?

Saudi Arabia is well-known for providing a lot of work to oil engineers, however, surgeons and IT experts are also in high demand.

Do you know any fun facts about Saudi Arabia?  Share them in the comments below!