San Francisco, the famous city that’s home to the Golden Gate Bridge and Alcatraz has been seen in countless films over the ages. It has made a name for itself all over the world and even if you haven’t had the opportunity to see it in person, you will have certainly heard of it. However, we have collected together a few interesting facts about San Francisco that we doubt you’ve heard before…

1. The temperature in San Fran is WILD!

San Francisco has a unique ecosystem. One minute you’ll be walking down a street in shorts and t-shirt, the next you’ll need to pop on a jacket. That’s right, temperatures can fluctuate from street to street!

Some people have claimed that on their morning walks they have experienced everything from the freezing cold to the relatively warm.

Karl the Fog is the city’s own mascot. The people of San Francisco have named their fog Karl.

Despite its huge impact on the film industry, San Francisco is actually very small. You can walk from one end of the city to the other in less than a day. 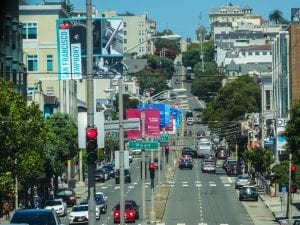 Yes, people are allowed to be completely naked in San Francisco – and people definitely exercise this right.

5. There are hygiene caveats of course!

If you want to sit around naked in public, you have to make sure that you have something underneath you, for hygiene reasons. We recommend that you always check local laws and customs before visiting anywhere, especially if you are wanting to exercise specific rights like this one!

6. San Fran was barely affected by financial issues in the US.

During the Great Depression, no banks in San Francisco failed!

Business was so good that the city was able to construct the Golden Gate Bridge and the Oakland Bay Bridge during the Depression.

In 1945, the United Nations Charter was drafted and ratified in San Francisco.

8. Much of the city’s buildings arose from shipwrecks.

Due to the Gold Rush San Francisco’s port became packed with abandoned ships.

The ships were torn apart and repurposed for homes, banks, and businesses.

9. The Golden Gate Bridge nearly wasn’t golden at all!

The U.S. Navy originally planned to paint the Golden Gate Bridge black with yellow stripes, the “International Orange” look was just intended to be a sealant! 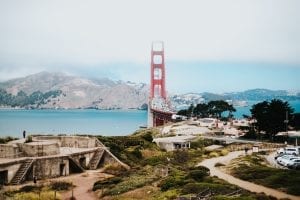 Levi Strauss invented denim jeans in San Francisco for the Gold Rush miners to wear. Of course the brand lived on.

San Francisco’s cable cars are the only National Historical Monument that is able to move. These cars have cables that allow the cars to move at a speed of 9.5 mph.

Back in 1906, a portion of the city was destroyed by an earthquake and fire.

Redwood trees helped salvage the city from the fire. This is because Redwood has low resin content and a porous grain, which takes in lots of water. When fire reached a building that was made of resin, they didn’t burn as quickly. 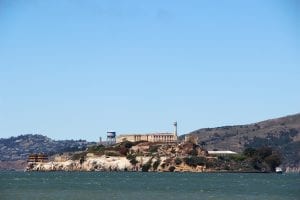 13. What are San Francisco’s transport must-dos?

Despite the area being very small, it is still famous for its public transport. However, there are some unwritten rules you must be aware of before stepping foot on San Francisco public transport.

– When standing up, you must always stand on the right. This allows for people to walk freely on the left.

– Don’t touch anything if you can help it – public transport is used by thousands of people every day – so it isn’t the cleanest place ever.

– Make sure to squeeze everyone in, even if it seems like there is no room left. It might be very daunting at first, but you’ll get used to it.

– Like most places, it is only decent courtesy to give your seat to any elderly people, pregnant people or people with children – if not, you risk being stared at and mocked for the entire ride.

– It is advised to avoid eye contact if you can help it and mind your own business – San Francisco is a busy place and mostly people want to get on with their lives without feeling stared at! 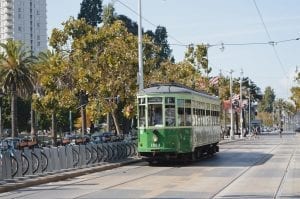 What is San Francisco famous for?

Despite being very small, San Francisco is famous for its Pride parades, the Golden Gate Bridge, Alcatraz Jail, and Silicon Valley.

What food is San Francisco famous for?

San Fran has its own unique take on cuisine! It’s famous for twists on seafood such as Bay shrimp and Dungeness crab.

What salary do you need to live in San Francisco?

A family of two adults, two kids will ideally need to make more than $90,000 per year to live comfortably in San Francisco.

Do you know any fun facts about San Francisco?  Share them in the comments below!