Looking to boost your knowledge on the countries of Africa and increase your chances of winning the next pub quiz? Start by checking out these 17 fun facts about Libya!

1. Libya has plenty of neighbors in the north.

Libya is a highly cultural country in the Maghreb region of North Africa. It is bordered by Egypt to the east, Sudan to the southeast, Chad and Niger to the south and Algeria and Tunisia to the west; it also has a coastline along the Mediterranean Sea to the north.

2. What are the co-ordinates for Libya?

Fancy trekking through the desert or sampling the local cuisine by the sea? Head for the coordinates of 27.0000° N, 17.0000° E for your very own Libyan adventure!

3. Much of Libya is arid and flat.

The terrain here is dominated by barren, flat to undulating plains. 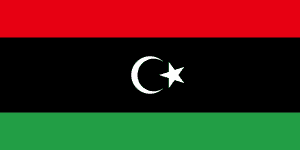 Much of Libya lies within the Sahara desert* – in fact, almost 90% of the country is desert, so the majority of people live in coastal cities such as Tripoli and Benghazi.

*The Libyan Desert forms the north-east section of the Sahara Desert. As well as Libya, it extends through to Sudan and Egypt and covers an area of approximately 424,712 square miles (1,100,000 square kilometers).

7. What’s the capital of Libya?

Libyans enjoy a mediterranean climate along the coastline, changing to a desert climate further inland.

The official language of Libya is Arabic. 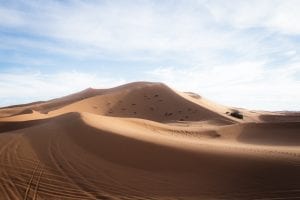 10. Libya’s history is broad and varied.

Libya has a rich and varied history that dates back to the 7th Century BC when the Phoenicians settled in Tripolitania (Western Libya); before this, the area was populated by Berbers.

11. Time to change up the pennies!

12. Libya was once a Roman stronghold.

The Romans conquered Libya in 74BC and even today some of the ruins of the ancient port and city Leptis Magna, including an amphitheatre and forum, still exist, as do other ruins, including a Greektemple. 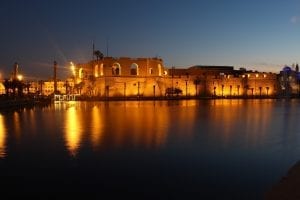 13. How long can you expect to live for in Libya?

Alcohol consumption is prohibited by law in Libya! 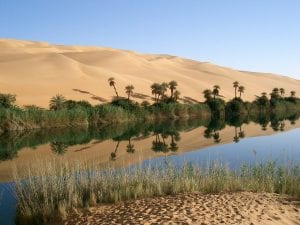 Oasis in the desert, Libya

Almost one third of the Libyan population does not have access to any safe drinking water, partly due to the dry landscape of the desert which can go decades without rain!

17. The Libyan industry is pretty varied.

How does Libya make money?

Much of Libya’s income comes from oil revenue - over 90%, in fact!

Is Libya one of the richest countries in Africa?

Despite its vast oil income, Libya is not in the top flight list for income on the continent.

Is Libya a dry country?

Yes, in many ways than one - this desert nation does not prohibit drinking alcohol in any shape or form.

Do you know any fun facts about Libya?  Share them in the comments below!