Looking to boost your knowledge of this majestic and eclectic country? Take a look at these fun facts about Czech Republic, also known as Czechia!

Czech Republic is a wondrous landlocked country in Central Europe. It is bordered by Poland to the northeast and east, Slovakia to the southeast, Austria to the south and Germany to the west and northwest.

2. Czechia is easy to find.

To sip some delicious beer at the base of the stunning mountains, head for the coordinates of 49.7500° N, 15.7500° E to land yourself in Czech Republic!

The terrain here is a delightful mix of rolling plains, hills and mountains – sublime! 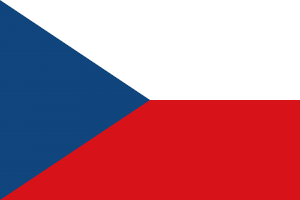 Czech Republic’s population was 10.7 million in 2020…that’s double the population of Scotland!

6. Get your tongue twisted around this!

Residents here are known as Czech, the plural for which is Czechs!

7. What’s the capital of Czech Republic?

9. It’s a country with a divided past.

Once a part of the former Czechoslovakia, Czech Republic and Slovakia became two separate countries in 1991. 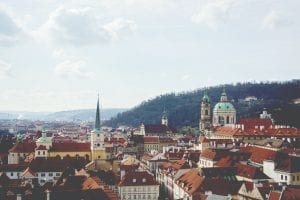 10. Some of the world’s best-loved cars are Czech.

Despite being owned by the German Volkswagen-Audi Group, Skoda is based in Czech Republic. Interestingly, although it is owned by the large German group, Skoda is actually the oldest company of the four (including Seat) by quite some margin, having been established in 1895!

11. Czechia is known for its ancient fortresses.

Czech Republic boasts the largest ancient castle in the world! Built over 49 years and occupying an area of almost 70,000 square meters, Prague Castle is one of Czech Republic’s most beautiful and imposing buildings!

Charles University of Prague is one of the oldest universities in Europe, having been founded in 1348! 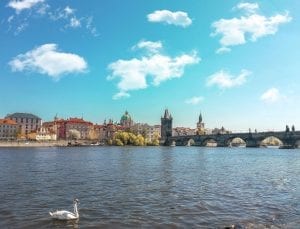 Apparently, it is possible to see the Eiffel Tower from Prague on a clear day!

The official language of Czech Republic is Czech. 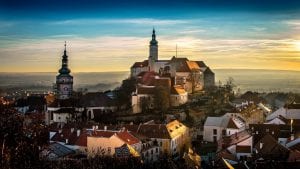 17. It’s the beer-drinking capital of the world.

Czechs love beer! They each consume an average of 143 litres of beer per year, more than any other country in the world!

18. Contacts were a Czech invention.

Do you wear contact lenses? Well you’ve got Otto Wichterle, a Czech chemist to thank, as he invented them in 1959! 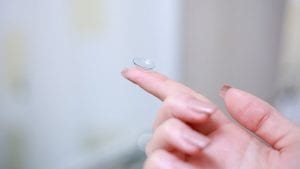 Allegedly, Czechs use their toes to count if they run out of fingers!

Looking forward to Christmas dinner? Well you’ll be in for a surprise! In Czech Republic it is traditional to purchase a live carp and allow it to swim around in your bath for 1-2 days, before it becomes part of the Christmas feast!

21. Here are some facts about Czechia’s industry and crops.

Its industry consists of metallurgy, motor vehicles, machinery and equipment, armaments and glass. 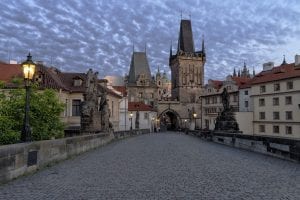 The country is still known as Czech Republic, but Czechia is the official ‘short name’ - you can use both.

Yes - Czech is the main language spoken here, but most people have rudimentary knowledge of English, too.

Is Prague a safe city?

On the whole, Prague is fairly safe compared to other European capitals, with the biggest threats being pickpockets.

Do you know any fun facts about the Czech Republic?  Share them in the comments below!