It’s no surprise that cats are some of the world’s favourite pets.  Alongside dogs, it’s very common to see a feline or two in homes across the UK, as well as in some of the furthest reaches of the globe.  But how much do we really know about our feisty felines?

Cats have been around for longer than we imagine, having been revered in Ancient Egypt, and with bigger cousins still stalking prey in the wild.  But what are some interesting facts about cats that you may not necessarily know?  We’ve rounded up 60 facts about cats to help get things started… here’s the first 20…

1. There are many, many cats worldwide.

The world is thought to be home to more than 500,000,000 domesticated cats and counting.

2. There’s a cat island in the Mediterranean.

In Cyprus, there is an island of cats – as legend tells it, cats were brought onto the island in centuries past to rid the vicinity of deadly snakes!

3. Your average cat is an amazing hunter.

Cats are able to see clearly in complete darkness, which helps them retain their titles as fantastic nocturnal hunters. 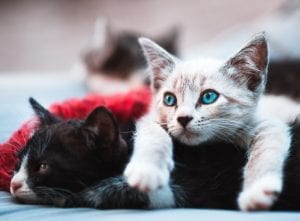 Cats are famously lazy, with around 70% of their lives likely to be spent asleep. That means they only really spend around 11 hours, maximum, awake and alert!

5. They also love getting fat!

The heaviest cat on record weighed in at around 47 lbs, just over three stone in weight.

It’s always crucial to make sure your cats have plenty to do, and that you refrain from overfeeding them wherever possible.

6. Neutered tom cats won’t need to eat too much.

The generic housecat is said to share almost 96% of its DNA with wild tigers. Now you know why they can also get so ferocious!

Cats are known to live for very long periods. It’s likely you will find cats that live for longer than 20 years.  However, Crème Puff is a Texan cat who holds the record for being the oldest moggy, having lived to be more than 38 years old.

9. Felines have been known to sweat.

Cats sweat, but only through their paws, as the rest of their bodies are covered in fur. 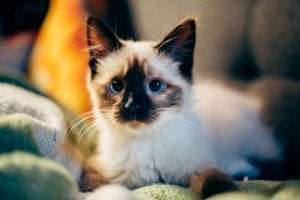 10. The cat nose is pretty amazing.

There are plenty of features which set cats apart, but their noses are unique. It’s thought that no two feline noses are the same, which is incredible given the number of cats there are on the planet right now!

11. Cats make a cacophony of noise.

There are also, of course, plenty of differences between cats and dogs. Dogs are more limited in terms of the sounds and noises they can make.  Dogs are supposedly only able to make up to ten sounds, while a cat’s noise collection extend to more than 100!

Cats are known to give birth to huge litters, though some may give birth to one at a time. You will generally find that cats can have litters of up to nine kittens in one go.

However, one cat in times gone by produced a staggering 19 kittens in one litter! 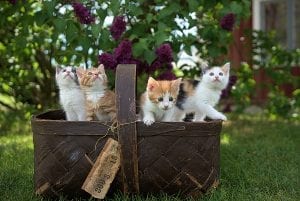 Cats are able to sense plenty of things, but they have no way of being able to detect sweetness in food or drink. It’s another good reason never to give your cat sugar, not even a small amount – there is literally no point or benefit in doing so!

However, they do have the ability to taste and track scents from the air around them.

14. We have plenty in common with cats.

There’s a chance a cat’s brain has more in common with our own than with a dog’s. Therefore, they really are at odds as far as pets are concerned!

Cat whiskers are perhaps more useful that you may imagine. For one thing, without them, cats would not be able to navigate through tight spaces. 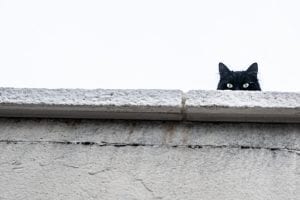 Despite cats having incredible night vision, most are actually near-sighted. However, there are no corrective lenses which exist for felines just yet!

While it’s common for people to believe that giving milk to a cat is common practice, many moggies are lactose intolerant. Therefore, it is always a good idea to consult with your vet on such matters.

As mentioned, cats will spend an inordinate amount of time asleep. However, this does not necessarily take place during the night.  To be able to give your cat a good night’s sleep, it is always worth keeping them active and engaged as possible during daylight hours. 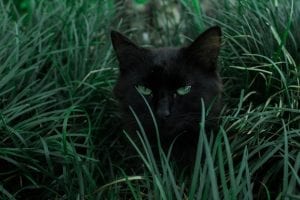 19. Some cats have benefited from all kinds of assets.

Many people choose to leave their possessions and wealth to their pets when they pass away. One of the biggest feline inheritors in recent history was Blackie, a cat who received a princely sum of around £7,000,000 from his late owner!

20. Cats have a preferred paw.

Most cats tend to lead with their left paws, which is in contrast to humans, who are right-handed in the majority.

Are you fascinated with cats? Check out part 2 of our facts file about cats!