Looking to boost your knowledge of the countries of Africa and increase your chances of winning the next geography quiz? Why not start with these 15 fun facts about Burundi!

1. Burundi has plenty of neighbors.

Burundi is a landlocked country in East Africa. It is bordered by Rwanda to the north, Tanzania to the east and south, and Democratic Republic of the Congo to the west.

2. Want to find Burundi on the map?

To explore the beautiful fields and mountains that this wonderful country has to offer, follow the coordinates of 3.5000° S, 30.0000° E to find yourself in Burundi!

3. Much of Burundi is a brisk walk!

The terrain here is mostly hilly and mountainous, dropping to plateau in the east. 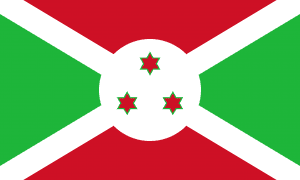 4. Burundi is fairly large – but not in African sizes!

The total land area of Burundi is 10,747 square miles (27,834 square kilometers) – that’s almost 2.5 times the size of Yorkshire. That makes it one of the smallest countries in Africa.

5. Its density also matches up.

Burundi’s population was 11.89 million in 2020 – that’s around double the population of Yorkshire.

6. What’s the capital of Burundi?

Burundians enjoy an equatorial climate, although this varies with altitude. There are two rainy seasons from February to May and September to November.

8. It’s a wonderful hotbed for all kinds of wildlife.

The official languages of Burundi are Kirundi and French. 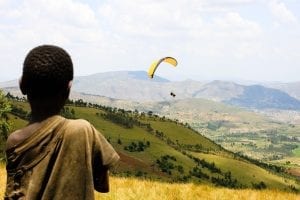 10. Burundi’s been independent for 60 years.

After the first world war, Belgium took control of Burundi from Germany, before the country regained independence in 1962.

If you fancy sipping some banana wine or local beer, you’ll need to exchange your spending money for Burundian Franc, the official currency of Burundi. As of 2020, there are around 2,000 Burundian Francs to USD $1!

Football is the national sport of Burundi. 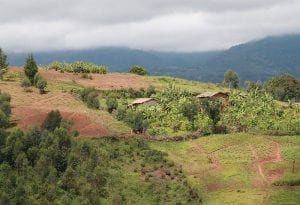 Burundi won a gold medal in the 1996 Olympic Games, the first time it had ever competed, for the Men’s 5,000 meters. It has never won another medal since, despite participating in all 4 of the subsequent games.

15. Burundi has a healthy industrial output.

Is it dangerous to visit Burundi?

Unfortunately, Burundi is not considered one of the safest places to visit in Africa - as it is known for experiencing political tension and violence.

What did Burundi used to be called?

Burundi was once called Ruanda-Urundi, and the name change occurred as a result of independence in the early 1960s.

What does Burundian cuisine consist of?

Burundian cuisine traditionally makes use of lots of spices, and meat such as that from sheep, goats, and vegetables such as cabbage and sweet potato.

Do you know any fun facts about Burundi? Share them in the comments below!