What is a crime of passion? If you’ve ever seen a thriller movie or two in your time, or if you’ve dipped into the likes of Law and Order, Midsomer Murders and the like over the years, you probably already know the answer. Crimes of passion stem from deep feelings – love and lust, generally – and it’s a surprisingly prevalent phenomenon responsible for all kinds of despicable acts.

Crimes of passion are not just fictional plot twists. People, unfortunately, have been known to do all kinds of strange things for the sake of love and squandered passion. You don’t have to sit through Fatal Attraction to know that passionate crime really is a legitimate concern.

Here are a few fascinating facts about crimes of passion not ripped out of a pulp novel or from TV whodunnits – some of them are likely to surprise you. 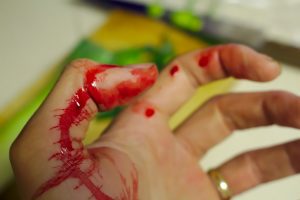 Do you know any interesting crimes of passion?  Share them in the comments below!