Death, unfortunately, is one of very few inevitabilities about life. We all have to face life ending at some point. It can be scary to think about when you consider it too deeply, however, it’s something we must all come to terms with. Death can hit many people hard – as it is never easy to cope with the loss of a loved one.

Here are a few ‘fun’ facts about death which might surprise you – though we really don’t mean to scare anyone in the process! Live every moment as if it’s your last – you never know how long you’re here for, so take full advantage.

William Shakespeare, the legendary playwright, had one of the most interesting insurance policies for his body put in place in the event of his passing. He requested that it be made known – via his gravestone – that should anyone try and move his body, they will face a terrible curse. It must have worked, as no one has dared to try it!

2. Do ghosts walk among us?

Many people believe in ghosts, but did you know that there are people who believe they are ghosts themselves? The rare but intriguing Cotard Syndrome sees those afflicted believe that they have already passed on. In some cases, people may believe that only parts of their body, or even their souls, have moved on.

3. That fact about hair and nails after death? It’s fiction.

You might have heard a widely shared fact that your nails and hair will keep growing once you die. This is most certainly a myth. Those studying dead bodies – rather them than us – have found that nails appear to look longer thanks to nail beds drying out and shrinking. So no – there really is no way for any part of you to keep growing once you pass away. 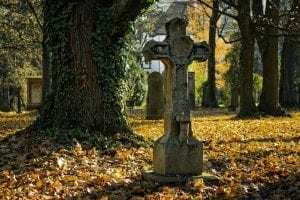 Believe it or not, there are still more than 200 people whose bodies have never been retrieved from Mount Everest – as they are all still frozen up towards the peak. It seems that the climb was too much for many people! It’s certainly something of a life or death challenge.

New York City may seem like a dangerous place to live to people on the other side of the world. However, it’s actually more likely an NY citizen will commit suicide than get murdered. Statistics can get rather bleak sometimes!

It’s thought that the evolution of modern humans can largely trace back to when we started mourning our dead. There are still some species out there which mourn the passing of family members and friends, however, humans are unique for their attitudes towards ceremonies.

7. Could death become a thing of the past?

The concept of dying is something that many innovators and researchers are trying to eradicate! Some companies propose concepts for transferring your consciousness into robots when you die – while others go even more sci-fi, and try to reverse the aging process altogether. Who knows where we’ll be in a few years?

In fact, it seems that Google are already trying to get ahead of the game. They famously bought Calico – a company which is deeply involved in exploring the aging process. Does this mean that the Big G is eventually going to help us stave off death, as well as to help us find what we’re looking for online?

8. Cremation is popular, but in its own way… kind of creepy!

How exactly does cremation work? For many people, it’s an appealing alternative to a straightforward burial. Cremation involves the burning of a body up to more than 800 degrees C, before skeletons are then ground into ash.

9. And it gets creepier… 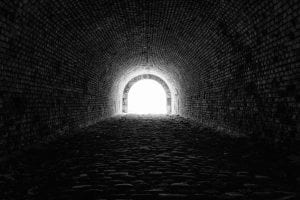 10. Keep your puddings out of crows’ reach!

There are all kinds of weird terms and phrases used to refer to death. You’ll probably have heard of ‘kicking the bucket’ and ‘popping your clogs’, maybe even ‘shuffling off the mortal coil’. However, stranger, rarer terms include ‘snuffing your glim’ and ‘yielding the crow a pudding’.

11. Weirdly, death is celebrated in many ways.

Death is celebrated all over the world as people pass over into the afterlife. In fact, Halloween has roots in celebrating passing into the great beyond!

What happens when you die?

That’s the great question - no one knows what happens beyond death for certain, but concepts of an afterlife are widely subscribed to across many religions.

Do you feel sleepy when dying?

In some cases, yes - fatigue can set in during the final moments before death.

How can I accept death?

Accepting a loved one’s death is very difficult. However, it is important to remember their legacy, the good they did, and to reach out for help if it all gets too much.

Do you know any interesting facts about death? Share them in the comments below!