The hugely popular Game of Thrones was inarguably one of HBO’s biggest-ever TV successes.  While the show may have now ended, the legacy of creator George RR Martin’s world of Westeros lives on.  His books, in the A Song of Ice and Fire series, remain unfinished – and with a fanbase firmly split over how the show ended, it remains a massively controversial phenomenon.  If you’re planning a rewatch of the series at any point, here are some facts to help make the experience that little bit more fascinating. 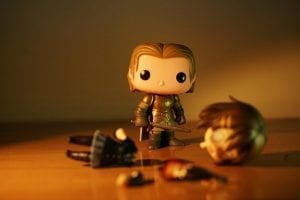 Do you know any interesting or fun facts about Game of Thrones?  Share them here in the comments section below!

This page was last modified on June 4, 2020. Suggest an edit