It’s the warm and calm holiday destination we all know and love, but how much do we know about what lies outside the resorts? Let’s take a look at these fun facts about the Mediterranean Sea that will be on the tip of your tongue from the moment you hear them.

The Mediterranean Sea has an average depth of 4,900 feet.

Its deepest point is 17,280 feet below the surface and lies in the Ionian Sea’s Calypso Deep.

It has been key to international trade for thousands of years. 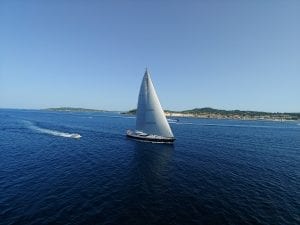 4.    People have used the Mediterranean for centuries.

The Phoenicians were one of the first people to sail it.

A remarkable number of prosperous Greek city states used it for trade and transport, too.

Darius I of Persia conquered Egypt and built a canal that linked the Red Sea with the Mediterranean.

In 2015 alone more than 1 million migrants used it to move to Europe.

7.    There are some big coastal cities!

Major cities like Marseilles, Rome and Venice all line the coast of the Mediterranean.

The Strait of Gibraltar is the most famous sub division of the sea.

9.    There are plenty of communities in The Mediterranean.

There are numerous island destinations such as Sicily, Cyprus, and Majorca. 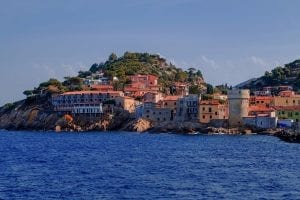 10. It’s a product of tectonic shift.

The basin in which the sea exists was formed when the African and Eurasian plates joined during the early Jurassic period.

11. Water poured in many, many years ago.

It took just 2 years to fill to the brim thanks to the Zanclean flood which occurred 5.3 million years ago.

Climate change could displace more than 500,000 people in Egypt alone as the level of the sea rises. 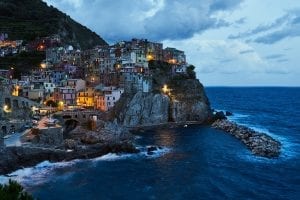 It is estimated that at least 220,000 merchant ships cross the Mediterranean Sea every year.

14. Mediterranean fish are in trouble.

Scientists have said that 65% of all fish stocks in the Mediterranean are below their safe biological levels as a result of frequent overfishing.

The narrow entrance to the Atlantic has resulted in saltier water and minimal tidal activity. 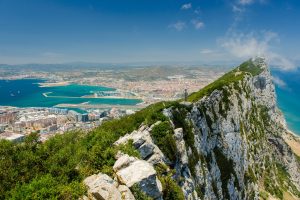 Gibraltar, guarding the entrance to the Mediterranean

FAQs about The Mediterranean Sea

Is the Mediterranean home to the oldest port in the world?

The Mediterranean is home to what the Lebanese claim to be the oldest port in the world! The port, known as Byplos in Lebanon, has a famous history. Records show Byplos had a role in transporting wine and cedar wood.

Are tides high in the Mediterranean?

No, not at all! Tides in the Mediterranean are comparatively low compared to other seas and oceans. The inlet and outlet channel is narrow so tides do not fluctuate so much. Wind causes more tidal action than tidal currents.

Where is the most expensive marina in the world?

The most expensive marina in the world is found on the Mediterranean. It is located at Capri and is called the ‘Marina Grande’.

Do you know any fun facts about the Mediterranean Sea?  Share them in the comments below!