Like to know a little more about the capital cities of the world and increase your chances of being crowned pub quiz champion? Take a look at these 13 fun facts about Islamabad!

Islamabad is the capital city of Pakistan.

2. It rolls off the tongue!

Wondering how to say the name of this wonderful city? It’s pronounced Is-la-muh-bad. 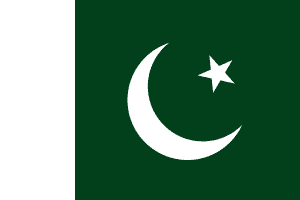 The National Flag of Pakistan

4. Plenty of people live here, too.

Islamabad’s population was 1.015 million in 2017 – that’s slightly less than double the population of Leeds and gives it a population density of around 3,900 residents per square mile.

Founded in 1960, Islamabad is a very green and luscious city, surrounded by beautiful mountains.

7. The city is young, but the settlement isn’t!

Despite being founded as a city a mere 56 years ago, Islamabad is actually one of the earliest known human settlements in Asia and boasts some of the earliest stone age artifacts in the world, dating back more than 500,000 years!

9. How do you find Islamabad on a compass? 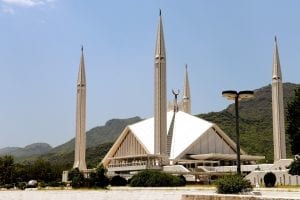 Make sure you visit Pir Sohawa if you’re in Islamabad; it’s the city’s highest tourist spot, delivering breathtaking views across the city. There’s also an eatery providing delicious lunches and even wild monkeys who are free to roam around!

The official language of Islamabad is Urdu, although English, Punjabi and Pashto are also spoken here.

12. What money is accepted here? 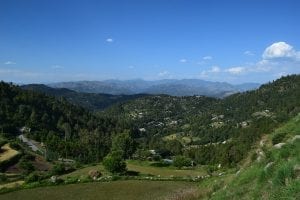 Pakistan welcomed 966,000 tourists into the country in 2012, many of whom visited Islamabad for its cosmopolitan vibe and urban-meets-countryside lifestyle.

What was Islamabad’s original name?

Islamabad was originally known as the Potohar Region, but eventually got renamed.

Is Islamabad expensive to live in?

Compared to living in New York, costs of living in Islamabad are fairly low - but it all depends on where you go!

Is it safe to live in Islamabad?

Islamabad is considered one of the safest cities in Pakistan and it is carefully patrolled.

Do you know any fun facts about Islamabad?  Share them in the comments below!