Fancy experiencing a spot of island life? Take a look at these fun facts about Tuvalu to boost your local knowledge!

Formerly known as the Ellice Islands, Tuvalu (pronounced Too-vah-loo) is a beautiful archipelago in the Pacific Ocean.

If you fancy snorkelling around the glorious Tuvaluan coral reefs alongside dolphins, whales and fish, head for the coordinates of 8.5333° S, 179.2167° E! 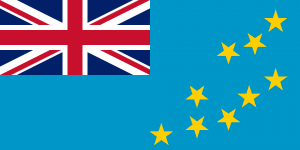 The terrain here is low lying, narrow coral atolls. In fact, the highest point on the islands is a mere 15 feet above sea level!

The total land area of Tuvalu is 10 square miles (26 square kilometers)…that’s around 2/3 the size of Truro, Cornwall.

6. But, plenty of people live here!

Tuvalu’s population was 11,792 in 2020…that’s only slightly less than the population of Truro!

7. What are people from Tuvalu called?

Residents here are known as Tuvaluans.

8. What’s the capital of Tuvalu?

9. There are two main seasons in Tuvalu.

Tuvaluans enjoy a tropical climate which is moderated by trade winds between March and November, with gales and heavy rain commonplace from November to March. 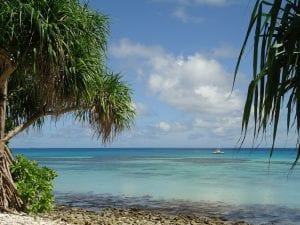 10. Mammals were brought to Tuvalu.

As a collective of coral atolls that have risen out of the sea, Tuvalu has no endemic species of mammal, although early settlers brought mice, rats and dogs with them.

11. What do people speak in Tuvalu?

The official languages of Tuvalu are Tuvaluan, English and Samoan.

12. The money situation has been confusing! 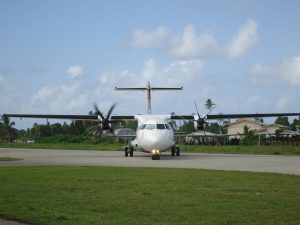 Plane on the tarmac at Funafuti airport, Tuvalu

13. The life expectancy here says you are likely to retire.

Tuvaluans live for an average of 66 years.

Tuvalu actually came under British jurisdiction in 1877 and was finally granted independence almost 100 years later in 1976.

15. Many people depend on their exports.

As a country, Tuvalu grows coconuts and catches fish. Its industry consists of tourism, fishing and copra.

Is Tuvalu a safe country to visit?

Yes - Tuvalu’s remote nature and tight-knit community means that it’s one of the safest vacation spots on the planet.

Is Tuvalu a popular tourist destination?

Not as much as you’d think - the rising sea levels here prevent the island from appealing to mass crowds.

It’s unlikely to happen soon, but many scientists believe that eventually Tuvalu could fully submerge as a result of climate change.

Do you know any fun facts about Tuvalu?  Share them in the comments below!