Looking to boost your knowledge of the countries of Southeast Asia? Take a look at these fun facts about Brunei and increase your chances of being crowned the next pub quiz champion!

Brunei is a tiny country consisting of two distinct sections on the island of Borneo in Southeast Asia.

2. It’s got seaside and interesting neighbors.

It is bordered solely by Malaysia to the west, east and south. It also has a coastline along the South China Sea to the north.

To enjoy the stunning sandy beaches or beautiful towns and cities for yourself, head for the coordinates of 4.8903° N, 114.9422° E to explore Brunei. 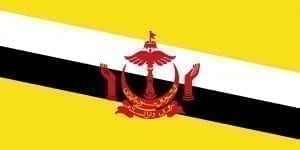 The terrain here is largely covered in jungle, with flat coastal plains rising to mountains in the east and hilly lowlands in the west.

7. What’s the capital city of Brunei?

9. Do people speak English in Brunei?

The official language of Brunei is Malay, although English and Chinese are also spoken here. 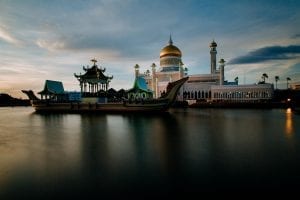 Hassanal Bolkiah, the Sultan of Brunei, reportedly has a collection of more than 5,000 cars!

11. The monarchy goes back centuries.

The same royal family have ruled Brunei for more than 600 years!

12. Brunei used to be protected by the British Empire.

After almost 100 years of protectorship, Brunei gained independence from Great Britain in 1984. 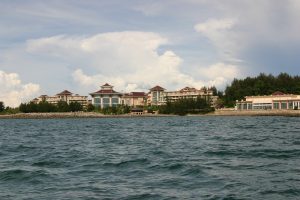 13. Want to get your spending money right? 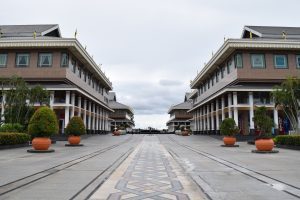 Citizens of Brunei pay no income tax! Despite this, healthcare and education are free!

17. Keep the bottles down low – or leave them at home.

It is illegal to drink alcohol in public in Brunei.

18. Brunei’s exports and industries are varied. 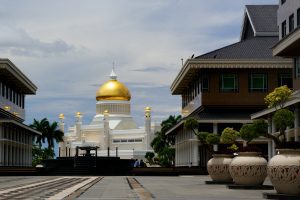 19. The current Sultan of Brunei is one of the world’s richest people.

The Sultan of Brunei, Hassanal Bolkiah, was valued by Forbes at approximately 20 billion USD in 2008, making him the second-wealthiest royal and world’s wealthiest king.

Is Brunei a safe country to visit?

In comparison with other countries in south east Asia, Brunei is considered one of the absolute safest for people to visit.

Is Brunei expensive to visit?

It can be a little more expensive than you imagine - however, it is well worth saving the dollars.

What is the main religion in Brunei?

Brunei’s main religion is Islam, however, there are people who observe Christianity and Hinduism in the country, too.

Do you know any fun facts about Brunei?  Share them in the comments below!