Budapest is famed for being one of the most beautiful cities in the world! Other than being the focus of one of the most famous songs in recent times, it’s also known for having a rich culture, stunning architecture, and incredible food! But, how much do you know about this incredible city? Here are 12 fun facts about Budapest!

Budapest was once technically three cities! On the 17th of November, 1873, Pest, Buda, and Óbuda came together to form Budapest. Together, the cities developed quickly, although they were first named Pest-Buda.

Budapest currently has 23 districts. Each district has its own name, number, and even a nickname!

3. What do people speak in Budapest?

Hungarian is the language that is most commonly spoken in Budapest. It is considered to be one of the most difficult languages to learn worldwide!

Don’t worry; you don’t have to learn Hungarian to converse in Budapest! In fact, the city has multiple languages that are commonly used, including Croatian, Russian, Serbian, Romanian, Slovak, and Ukrainian. However, these other languages are mostly spoken by the minority communities in the city. 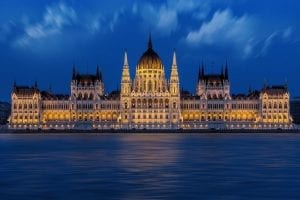 The MOL Campus building is the tallest one in the city. It measures 143m tall! It is the headquarters for the MOL Group, the oil and gas company known globally.

The Hungarian Parliament building in Budapest is the third largest legislative building in the world! It is just behind the Pentagon in the US and the Palace of the Parliament in Romania.

6. The buildings here are fascinating.

The design of the Hungarian Parliament actually has a very interesting story! It was chosen from a design competition specifically for the Hungarian Millennium. The building has 365 towers across it to represent each day of the year.

The riverfront in Budapest is known for its beauty and culture! In fact, UNESCO has named the whole riverfront as being a world heritage site, including buildings along the river such as the Hungarian Parliament, Fisherman’s Bastion, Buda Castle, and more.

The New York Café is an Italian Renaissance-style cafe in Budapest and has been running since 1894. It is largely considered one of the most beautiful cafes in the world!

Of course, we have all heard of Budapest, but the city actually has multiple nicknames! Paris of the East and City of Baths are some of the most common nicknames of the city. 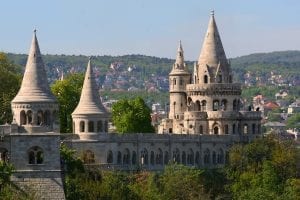 According to people living in Budapest, you don’t have to be sick for long! Drinks such as Palínka and the thermal baths in the city are said to have healing powers!

11. It’s the thermal bath capital of the world!

There are over 118 springs that provide 70 million liters of thermal water every day! 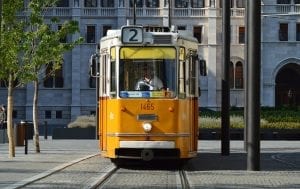 What is Budapest known for?

Budapest is known for its incredible culture, its thermal baths, underground caves, the Danube river, and stunning architecture!

When is the best time of the year to visit Budapest?

The best time of the year to visit Budapest is usually outside of the summer season. Try visiting in the spring, around May or June, or in the fall, in September or early October. That way, you get to enjoy the country without as many tourists!

Budapest has a continental climate. This means the summers are warm, and the winters tend to be pretty cold!

Do you have any facts about Budapest? Please share them in the comments below!