This city has a rich history, plenty of wonderful culture – and while you may only know of the city from the movie of the same name, there’s plenty of fun facts about Casablanca, Morocco, to clue up on. Let’s dive right in.

1. Greenery in the heart of the city!

The Bouskoura forest is something of a natural oddity in the heart of the city. It’s a human-planted area of greenery that consists of a variety of eucalyptus and pine.

Many, many people visit Casablanca every year – it has around 1.2 million visitors annually, and it’s considered the economic center of Morocco as a whole.

Casablanca used to be known as Anfa until the fifteenth century when the country was taken over by Portugal. Initially, the Portuguese called it Casa Branca, and it was only changed into Casablanca, meaning white house in Spanish, by the Spanish. 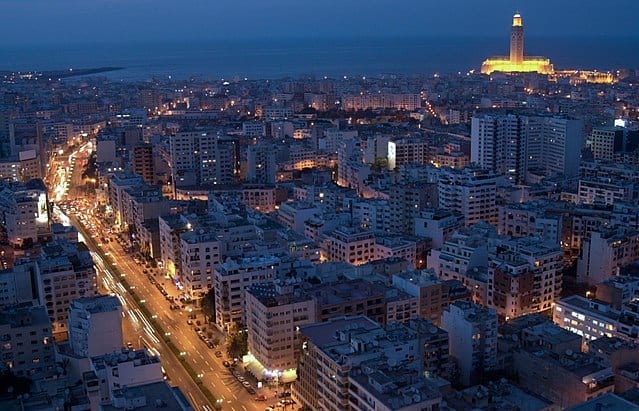 4. The city was once deserted!

A massive earthquake dating all the way back to 1755 actually left Casablanca empty for a time – as you can tell today, this didn’t last too long!

5. Not the capital – but still pretty crucial!

While the capital of Morocco is Rabat, Casablanca is the country’s business hub. It also boasts a fascinating cultural history, having been a part of Portugal, Spain, and France. Therefore, there are remnants of each culture around the city, making it a fascinating place through which to wander.

As important as the city itself is, so too is its port! In fact, Casablanca’s port is the biggest of its kind in the north of Africa. It is estimated that this port handles over 21 million tons of traffic every year – that’s an incredible amount of planning required!

The Casablanca Cathedral was initially built in the 1930s and was an important aspect of the French rule and their catholic beliefs. The cathedral quickly became a landmark but eventually stopped serving as a religious sanctuary. Instead, since Morocco’s independence in 1956, the cathedral has been used by the people as a school, gallery, fair center and more besides.

If you ever get confused between Casablanca the city and Casablanca the film – you’re not alone. However, as it happens, there is a restaurant in Casablanca named Rick’s Cafe, which is a complete ode to the film. From the design and music to the table setting and decor, any film lover will love this restaurant! 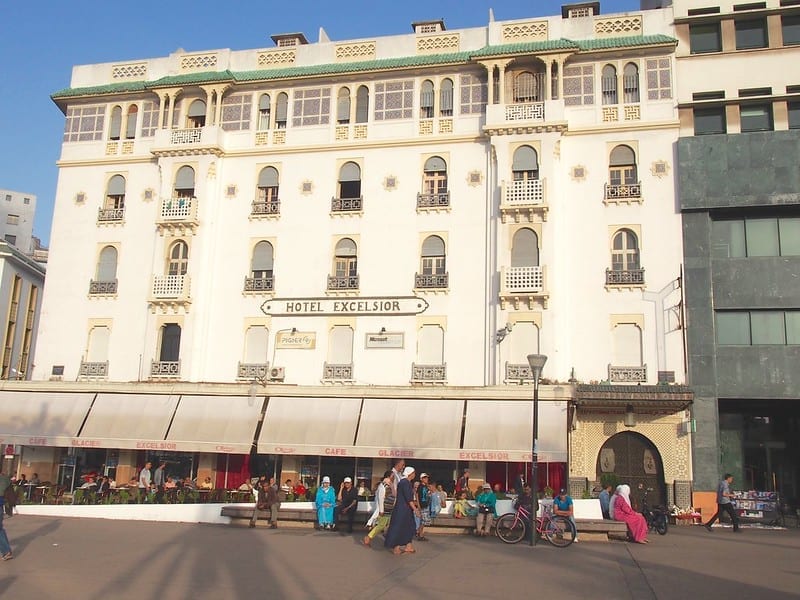 Hassan II Mosque has been built so that it stands partially over the Atlantic Ocean. This was done to pay tribute to Hud, 11:7 in the Quran. The quote that inspired this architectural decision was, “ His was over the water ”.

11. What languages are spoken in Casablanca?

Given the country’s rich history and various cultures, it is only natural to wonder what the official language of the country is. Most people in Morocco, and therefore in Casablanca, mainly speak Moroccan Arabic (also known as Darija). However, Spanish, French, and English are all commonly spoken in the city and beyond. 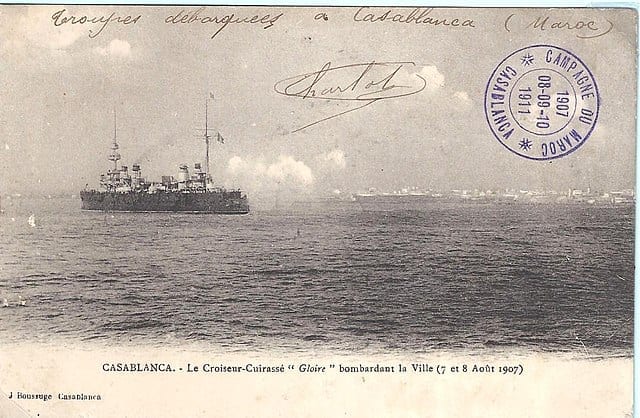 A postcard showing “Gloire”, a French cruiser that fired at the city in August 1907

How many people live in Casablanca?

It is currently estimated that over 3.36 million people live in Casablanca - it’s pretty well packed!

Given its position, Casablanca has a hot Mediterranean climate. Thankfully, the heat is balanced out by the wonderful sea breeze coming in from the Atlantic Ocean!

Despite the name of the film, and the location of the story, the film Casablanca was not actually set in Casablanca, the city! Instead, the film was mostly shot on sets in California.

Do you know any fun facts about Casablanca? Share them in the comments section below!