Cheetahs are the fastest and one of the most beautiful animals in the world. Throughout the centuries they’ve been considered a symbol of power and prestige. They’ve been pets to many people dating back to historical figures such as Genghis Khan, Akbar the Great of India, and Mogul Emperor. Akbar (1555-1600 AD) had a collection of around 6,000 Cheetahs!

Why were people so fascinated with cheetahs? Why did they keep them by their side? These fun facts about cheetahs will help you understand people’s fascination with these remarkable creatures:

The pregnancy period for the cheetah is 93 days, and offspring range in size from one or two up to six cubs.

3. There are lots of cheetahs for a reason.

They have the highest reproduction rates in the entire big cat family. 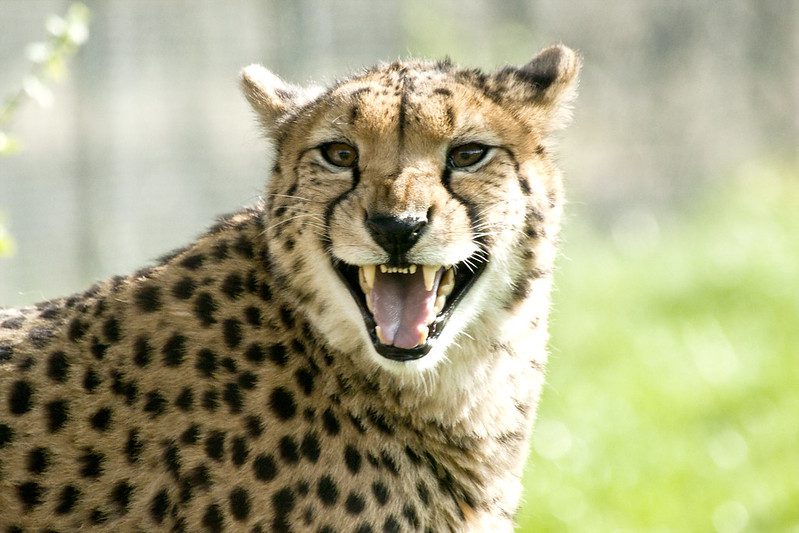 Cub mortality is higher in protected areas like national parks and wildlife reserves where proximity to large predators is greater than in non-protected areas. In such areas, the cheetah cub mortality can be as high as 90%.

Cheetahs in the wild (both male and female combined) have an average age span of 10 to 12 years. In captivity, cheetahs can live from 17 to 20 years.

Adult cheetahs’ weight averages between 75 and 125 pounds. They can measure from 40 to 60 inches in length, measured from the head to the hindquarters. The tail can add a further 24 to 32 inches bringing the total overall length up to 7.5 feet.

Male cheetahs are slightly bigger than females and they have larger heads, but they do not display the same degree of physical difference between the sexes of other big cat species like lions.

8. Cheetah lifestyles can vary, too!

Cheetahs are usually found in groups, consisting of either a mother and her young, siblings or a coalition of males who live and hunt together. Adult females, however, tend to be solitary and only meet with males to mate.

9. They are ‘designed’ to be super-speedy.

The cheetah’s unique morphology and physiology allow it to attain the extreme speeds for which it’s famous. 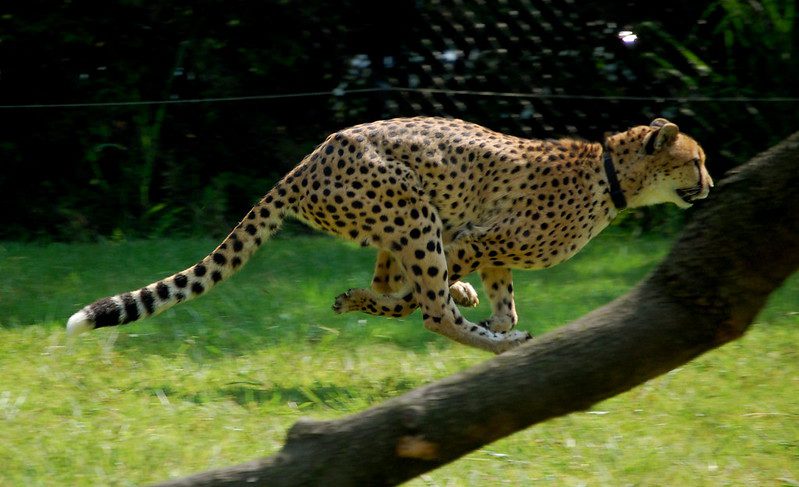 The cheetah’s undercoat ranges in color from light tan to deep gold and is marked by solid black spots.

11. Just don’t try counting them all!

Cheetahs have between 2,000 and 3,000 spots, which help them camouflage themselves.

12. It holds a couple of big distinctions.

The cheetah is the world’s fastest land animal and Africa’s most endangered big cat.

Cheetahs are visual hunters. They hunt in the early morning and late afternoon.

15. Cheetah hunting takes on an itinerary of sorts.

The hunt has several components. It includes prey detection, stalking, the chase, prey capture, and killing by means of suffocation by a bite to the throat. 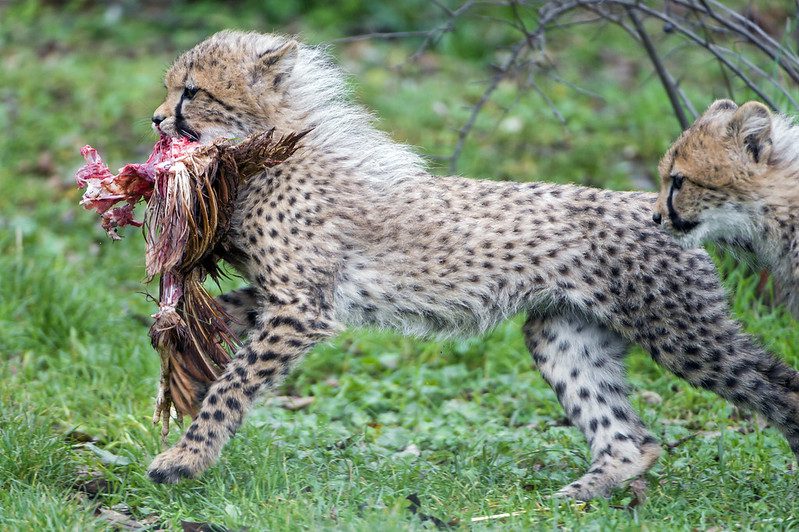 16. They prey on all kinds of creatures.

Cheetahs’ prey includes gazelles, impalas, and other small to medium-sized antelopes, hares, birds, and rodents. Cheetahs will also prey on the calves of larger herd animals.

17. However, they stick to wild critters.

18. They don’t have the best stamina!

While cheetahs can reach remarkable speeds, they cannot sustain a high-speed chase for very long. They must catch their prey in 30 seconds or less as they can’t maintain maximum speeds for much longer. 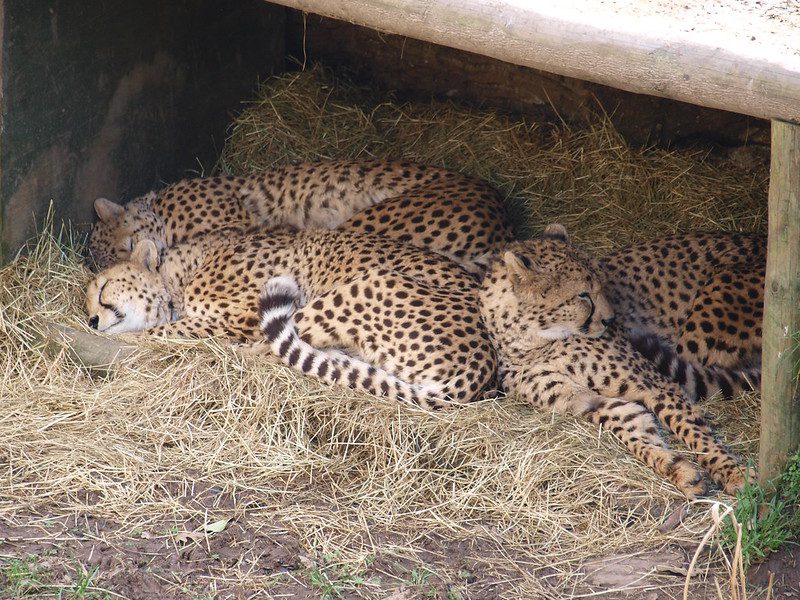 19. There’s a clear reason why they don’t hunt at night.

A cheetah has amazing eyesight during the day and can spot prey from 5km away.

20. They sometimes have kills stolen away.

Cheetahs are one of the most successful hunters on the savannah but their kills are very often stolen by larger carnivores or predators that hunt in groups.

21. They’re among the quietest of the big cats.

Unlike other ‘big cats’, a classification that includes lions, tigers, leopards, and jaguars – cheetahs don’t roar. They growl when facing danger and they vocalize with sounds more equivalent to a high-pitched chirp or bubble and they bark when communicating with each other. 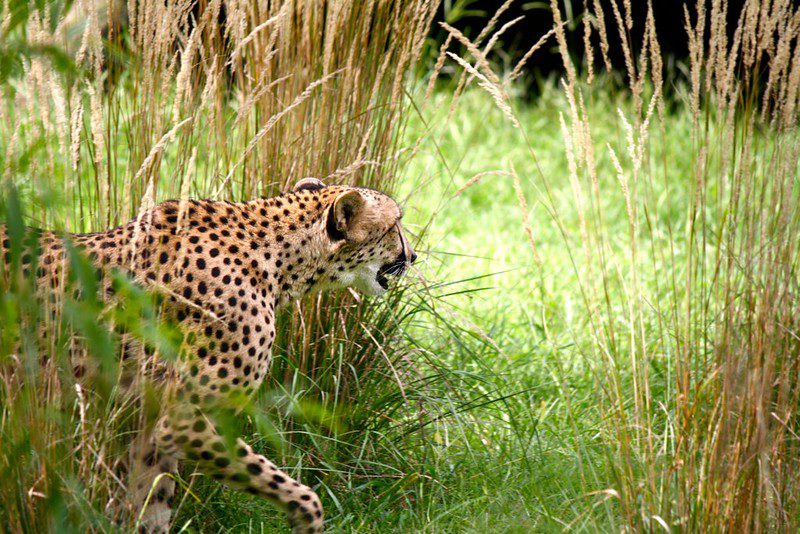 22. They are technically facing extinction.

Until 10,000 years ago their range spread across the entire African continent (minus the Congo Basin and the Sahara Desert) and into Asia from the Arabian Peninsula to eastern India. Today, cheetahs are found in only 9% of their historic range and are functionally extinct.

Unlike other large cats and pack predators, cheetahs don’t do well in wildlife reserves. These areas normally contain high densities of other larger predators like the lion, leopard, and hyena. 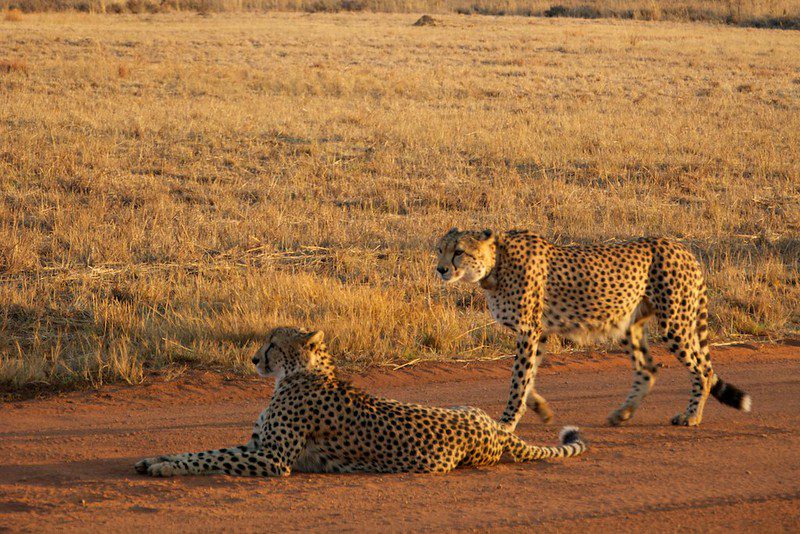 25. Many people have owned cheetahs as pets.

Cheetahs are viewed as status symbols. Though cheetah ownership and exotic pet ownership has been outlawed in many countries, there is still a high demand for cheetahs as pets. Greta Thyssen, the Danish bombshell actress of the 1950s and 60s, had a pet cheetah, so did American actress, Phyllis Gordon. Josephine Baker, an entertainer from the 1920s also had a pet cheetah named Chiquita.

26. Work is ongoing to protect the cheetah.

Currently, cheetahs are listed as Vulnerable on the IUCN Red List. In Namibia, they are a protected species and in the United States, they are considered endangered. 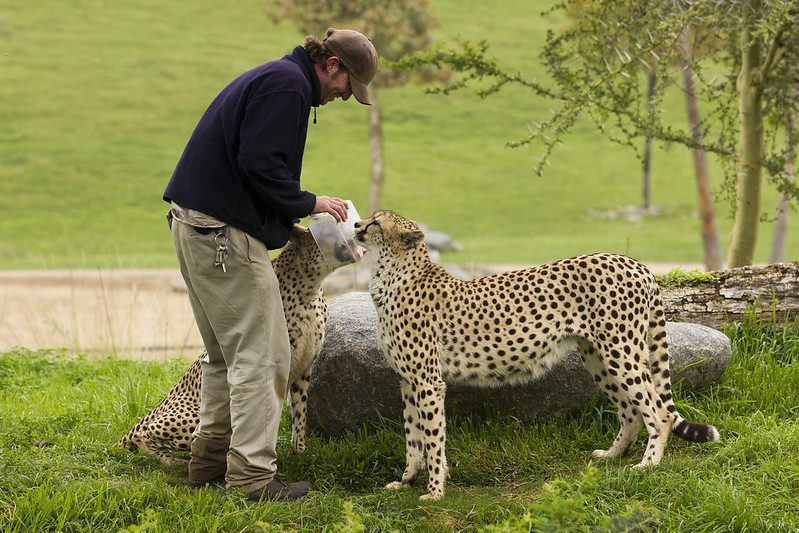 Cheetahs do tend to be fairly docile, but they are still wild cats - so be very careful around them!!

Why do some people think cheetahs are dogs?

Cheetahs are definitely cats; however, they share an interesting canine characteristic - they have claws that don’t retract.

Are cheetahs very easy to tame?

Cheetahs are, interestingly, considered some of the easiest big cats to tame - though that doesn’t mean you should give it a go!

Do you know any fun facts about cheetahs? Share them in the comments below!

This page was last modified on March 6, 2022. Suggest an edit