Cor blimey, love a duck! Down the apples and pears – what does it all mean? Many of us think of London when rhyming slang comes to mind – and that’s mainly thanks to Cockney speak having led the way for creative language! Let’s take a look at some fun facts about rhyming slang worth remembering.

1. Older than you think!

Rhyming slang has been around a long time. It is believed to have originated through Cockney dialect, widely spoken across London, UK. There, market traders developed their own gimmicky conversational phrases, which spread throughout communities. Some people regard rhyming slang as quaint – fitting, given it dates all the way back to the 1840s!

2. Not just a British staple!

Rhyming slang has spread throughout the world. It’s frequently used worldwide, even as far away as Australia! Rhyming slang can identify a cult, community or even a product or service.

Research shows that radio and television helped spread rhyming slang throughout the UK and overseas. In theatrical terms, some actors became known for their ‘cockney’ prose on the stage and in films. Cor blimey! 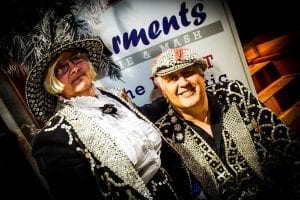 4. You might recognize rhyming slang from a few famous shows and movies.

Several well-known actors have raised their profiles over the years by using rhyming slang. For example, Sir Micheal Caine spoke rhyming slang as a film star in the ‘Ipcress file’ and ‘The Italian Job’. The American actor Dick Van Dyke, meanwhile, in ‘Mary Poppins’ – played the role of a Cockney chimney sweep in London. Rhyming slang galore!

5. It’s made its way into popular culture.

As catchy, memorable phrases, rhyming slang has often been used to promote products and publicize shows. For example, the popular 1970s TV show ‘The Sweeney’ – a police drama based around London’s Met – references ‘Sweeney Todd’, which rhymes with ‘flying squad’.

It’s also commonly used in the hugely popular British TV series ‘Only Fools and Horses’ – based around a family of slightly-dodgy market traders living and working in Peckham, London.

Want to refer to the Queen of England by a more colloquial phrase? In Cockney rhyming slang, she’s referred to as ‘old baked bean’ – but probably not by other royals!

No one’s really too sure as to how Cockney rhyming slang first came about. Historians are fairly stumped as to whether it was a natural evolution of the local dialect and language, or if speakers purposely adapted funny phrases and codes.

Many believe that Cockney rhyming slang first emerged as a way to build camaraderie – especially between market sellers and buyers.

9. Even the Flintstones have made it into rhyming slang!

Cockney rhyming slang has taken inspiration from all kinds of sources, even from entertainment and popular media. For example, a ‘bit of Barney Rubble’ means ‘trouble – and that’s evolved even further into ‘having a Barney’, which means to fight, squabble or argue! Strange but true! 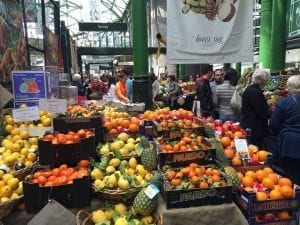 Cockney rhyming slang has become so ubiquitous, you can now buy whole dictionaries of phrases and translations – meaning before you head to London, you can clue up on your speak!

Why do cockneys refer to watches as ‘kettles’?

It’s all to do with hobs and fobs! Fob watches were all the rage decades ago, and to heat up a kettle in olden times, you’d have to place it on the hob. Tenuous? Maybe - but now you know!

Why does ‘rabbit’ mean to talk?

If you’ve ever heard a Londoner refer to someone ‘rabbiting on’, it means they’re talking a lot - ‘rabbit’ is short for ‘rabbit and pork’, which - of course - rhymes with talk!

What does ‘a load of old cobblers’ mean?

‘A load of old cobblers’ derives from a Cockney rhyming phrase that’s a little bit rude! ‘Cobblers’ refers to people who would traditionally work with awls - which rhymes with ‘balls’. Put two and two together, and you have…

Do you know any fun facts about Cockney rhyming slang? Share them in the comments below!