Origami is an art form based on the calculated folding of paper into various shapes. Only bound by the limits of imagination, basic origami creations can be as simple as a butterfly, or as complex as an army of warriors!

Let’s take a look at why this ancient skill is still popular today, and learn some fun facts about origami.

Prior to being known as origami, it was called ‘orikata’. The word orikata comes from the Japanese words ‘ori’ and ‘kari’, which respectively mean ‘folded’ and ‘paper’.

Believe it or not, some controversy exists re the exact origin of origami. Some believe the Chinese began folding cloth and leather, then paper. Others believe the Japanese were the first to participate in paper folding. Either way, this cherished art form has ancient roots with records from 200 AD – further suggesting origami was used for ceremonies and religious purposes.

Origami is a widely-recognized and now competitive art form. Its uses vary, but it’s most frequently seen in decorative displays and as toys. More serious origami enthusiasts participate in competitions, however! The influence of origami extends beyond art and has evolved for use in designs and engineering projects. 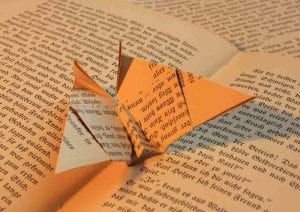 Known as the Father of Origami, he became a cultural ambassador for Japan and wrote 18 books on the art. He was even awarded The Order of the Rising Sun, by Emperor Hirohito of Japan!

4. The gift of the Samurai

Known perhaps best for their fighting prowess, Samurai also use origami. They offered gifts decorated with Noshi Awabi – now known simply as Noshi – a type of origami used as tokens of good luck. 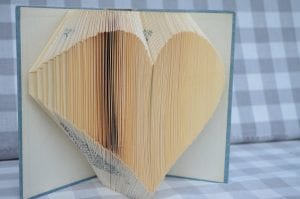 Designers, physicists, and engineers at Nasa all use origami to test theories. Space engineering is expensive. Papercraft with exacting reference to scaled-down models can be used to establish the best way to load equipment into confined and awkward spaces. In fact, their Exoplanet Exploration program used origami to ensure their designs were viable!

Origami plays a huge role in traditional Japanese weddings. Two origami butterflies are often displayed to signify marital bliss in the partnership. As well as butterflies, other simple designs are frequently gifted.

Possibly the most famous use of origami in marriage is the tradition of the 1,000 cranes. In a practice known as Sembazuru, the young couple to be wed fold 1,000 paper cranes together to decorate their wedding hall. Alternatively, the bride is gifted 1,000 cranes by her father. Both practices follow the belief that the cranes grant a wish to whoever holds them.

There are three fundamental types of origami. They are the Valley fold, the Mountain fold, and the Squash fold – which is the more complex of the three.

Origami is used for inspiring medical applications. A good example is that of life-saving stents! By folding stents in a flexible system for positioning, they can then be unfolded to expand to their full extension once in position at the desired location – such as to help support the heart. 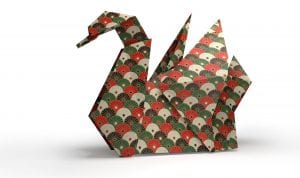 The first book written about origami, titled ‘Sembazuru Orikata’, was published in 1797 – and told of the legend surrounding the time-honored practice of folding 1,000 cranes for a wedding.

Since the early noughties, a type of origami known as tessellation has seen a huge rise in popularity. These impressive pieces are usually formed by repeating patterns such as herringbone, and covering a whole sheet of paper with no gaps or overlaps, instead pleats, and twists are used to connect sections. 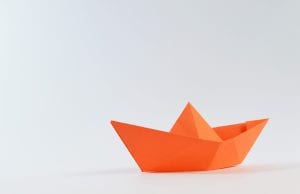 What paper should I use for origami?

Technically, as long as the paper holds a crease you can use it to create origami. Traditionally though, the standard paper for origami is called Kami or Koiy - but good news, it’s widely available!

What is the easiest origami project?

The easiest shape to start with is probably the crane, as there’s only a few folds. It’s the perfect starting point for beginners old and young!

What skills do I need to make origami?

Practitioners of origami need a steady hand, a keen eye and plenty of self-discipline. Fortunately, these skills can be developed with practice. If you are looking to start origami, focus on improving your hand-to-eye coordination, spatial awareness, memory, mental agility, concentration and sequencing skills. Being pretty good at math helps too!

Do you know any fun facts about origami? Share them in the comments below!