Corfu has long been a wonderful holiday destination for people traveling from all over the world. It’s an island location in the Mediterranean and carries influences from the French as well as the Greek – naturally!

It’s a spectacular, sunny getaway for many people, though it also has a rich and fascinating history well worth tapping into. We’re going to do a little of that today, with these fun facts about Corfu and why it’s so important in geographical history.

1. Corfu has a very important place in Greek history.

Corfu is an island of firsts for Greece, particularly when it comes to sport. While Greece is well-known for bringing the Olympic Games to the world, it is Corfu in particular that started the trend of tennis in the region, thanks to the emergence of an English club there in 1896.

2. It’s the birthplace of royalty.

Corfu has many famous residents and people from history, born on the island. Perhaps the most famous in recent years is the late Prince Philip, who was husband to Queen Elizabeth II.

3. Corfu is a nature lover’s paradise!

Corfu is well-known for its vivid array of flora and fauna. In fact, you can easily spot over 6,000 different varieties of flowers and herbs, with much of the growth here being completely unique. There are some orchids growing in Corfu which you’ll not find anywhere else on the planet, as least growing in the wild. 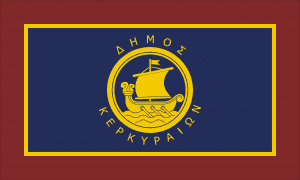 4. UNESCO has recognized the region, too.

Corfu is not only known for its beaches – of which there are well over 100 – but also for the fact that it’s home to a celebrated UNESCO World Heritage site. Specifically, the Old Town of Corfu is protected by UNESCO, and this is largely thanks to the fact that it is a medieval community dating back centuries.

Speaking of history, you’ll find a fascinating throwback to the Byzantine era if you scale the highest peak in Corfu. Specifically, you’ll find the fortress of Angelokastro, which when translated literally means the Castle of Angels! Not a bad spot to put a castle of that name, really!

6. Religion is a big deal here.

Corfu is a fairly religious island, with many Christian celebrations honored here across the year. One of the most interesting traditions they observe, however, is fairly unique to the locals. At Easter, citizens of Corfu will throw their pottery from their windows to smash – marking Jesus Christ’s resurrection. It’s a bit different from eating chocolate eggs and hot cross buns!

Corfu’s history dates back literal millennia, with the very first references to the island seemingly appearing in texts and scripts dating back to 1300 BC. Therefore, people have been colonizing the island for more than 3,000 years!

8. Corfu was never overtaken by the Turkish.

What’s interesting about Corfu is that it was never officially taken under Turkish rule. The rest of Greece, over the years, was seized by the Turkish – but this little island seemed to escape without any takeover of the sort. However, it was once owned by the British, until Greek unification occurred in 1864.

9. Ever tried a kumquat?

Corfu is famous for its kumquats. You’ll actually find plenty of opportunities to sample and enjoy kumquat liqueur when you visit the island, and it’s thought that the produce has been growing on the island since the mid-19th Century. Kumquat liqueur is very sweet and very potent – be warned before you take even a slight sip! 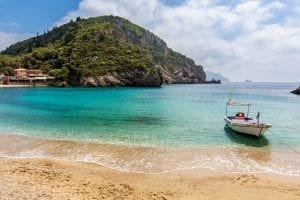 Corfu is not only home to hundreds of wonderful plant species, but birds, too! It’s thought that more than 300 different species of avian have been spotted here over the years.

11. Its image has changed a lot over the years.

The island has long appealed to tourists looking for a sunny, sandy holiday experience. However, Corfu has moved away from this image over the years, with more and more people visiting to explore the rich culture and the natural walks. It’s fascinating to see Corfu up close.

Corfu has plenty of French influence as a result of invaders from France laying siege in centuries past. It’s easy to spot a variety of French architectural standards across the island, and there is even a whole side to the island which boasts something of a French Aristocracy slant. Therefore – if you know and appreciate your historic French architecture and standards, it’s likely you will find plenty to delight you as you wander around Corfu’s many historic streets. Take a good look around! 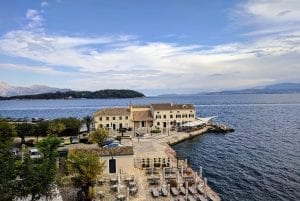 Is Corfu a party island?

Yes, Corfu has some fantastic nightclubs and bars - it’s a great party location!

What is the nicest part of Corfu?

Corfu has lots of nice parts! Among them, areas such as Kavos, Liapades and Benitses are extremely popular.

How do you get around Corfu?

It is easiest to travel around Corfu on public transport such as buses, as well as to get around on foot.

Do you know any fun facts about Corfu?  Share them in the comments below!