Where would we be without plumbing? Still out in the woods, we’d expect! Yes – while there are still plenty of us out there who have no issue using the great outdoors to relieve ourselves and to wash up – indoor plumbing has vastly improved the human experience. For one thing, it’s helped to keep things more sanitary over the years!

Plumbing might not seem like the most fascinating topic on the surface; however, the history of indoor plumbing is actually likely to be deeper than you might imagine! That’s why we’ve curated these fun facts about plumbing for you to dive into – why not take a closer look at how much plumbing has changed over the years? It’s safe to say that a plumber’s job is likely to be more complicated than many people imagine.

1. The name comes from the periodic table.

The word plumbing derives from plumbum, which refers to the lead used in manufacturing. This Latin word even gives itself to the name that lead possesses in the periodic table – Pb.

It’s thought that to save more water, all we need to do is start setting up toilets which flush slower! There are slow flushing toilets and WCs which will save a potential of 18,000 gallons of water each year! In fact, you’ll save 3,000 more by making sure your taps don’t leak.

3. From toiletry to the big time!

Some of the most famous people have worked in plumbing – Super Mario, of course, is perhaps the most iconic plumber on the planet – but did you know that rocker Ozzy Osbourne traded as a plumber before finding fame with Black Sabbath?

In fact, Mario hasn’t really done much plumbing since his world debut in the early 80s. He was actually a carpenter called Jumpman when he first started emerging in arcades alongside Donkey Kong. 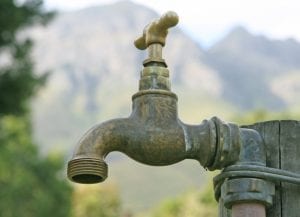 Flushing toilets have existed since the 16th century, and it’s thanks to the genius of John Harrington. Weirdly enough, it’s Harrington who gave us the nickname ‘The John’. It wasn’t until 1775, however, when Alexander Cummings first patented the modern flushing toilet. Well – modern in those days, in any case.

5. The Super Bowl is flush city!

When is the most common time of year to flush the toilet? During the Super Bowl in the US – as you can generally expect millions to go to the toilet during the same breaks in programming. It’s similar to the statistic that people used to boil kettles on mass during breaks in ‘Coronation Street’!

Weirdly enough, legendary genius Albert Einstein once stated that he would have loved to have been a plumber.

It’s thought that you’ll spend an average of around three years on the toilet. Life is for living – get off your phone and get experiencing it!

8. Keep an eye on your faucets!

What uses more water – a bath, or a shower? You’d be surprised – if you run a shower for more than eight minutes, you’ll be using more water than you’d normally need to fill a standard household bathtub.

9. Plumbing’s been a long time coming.

Plumbing dates back millennia – well, not that which we have in place these days! It’s thought that plumbing was a trade and a facility heading all the way back to 4,000 BC. The Ancient Egyptians are thought to have had some form of water pipes in place. What was the excuse for using streets as toilets in England during the Dark Ages? 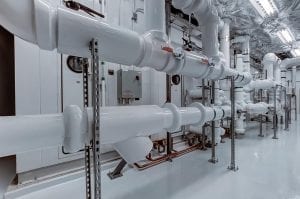 10. Be careful of bathing out east!

Weirdly enough, Japan has a strangely high bath-related death rate. It’s thought that you are almost 70 times more likely to die in a bathtub out east than you are in the UK.

Why are manhole covers circular? It’s all to do with protecting them from falling in. A circular lid is never going to fall down its own hole if it’s flipped sideways.

The word ‘privy’, still sometimes used to describe toilets in some circles, derives from the term ‘the house of privacy’, which dates back to Tudor times. It’s a little more kind than the term the Ancient Egyptians used – ‘the house of horrors’! 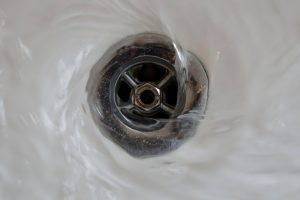 13. Toiletry is a big thing in South Korea…

South Korea seems to take toilet fascination further than most nations – to the point where they have their own toilet-themed attractions at a leisure park! This theme park stands as a result of it once being home to Sim Jae-duck – who oversaw the World Toilet Association.

What are the plumbing basics?

There’s nothing too basic about modern plumbing - but you’ll always need pipes, traps and vents!

Should I do my own plumbing?

Probably not! One false move could cause serious damage, including flooding.

Do you need a plumber to install a kitchen sink?

Ideally, yes - they’ll know which tools to use, how to keep safe, and how to get the job done quickly!

Do you know any fun facts about plumbing?  Share them in the comments below!