It’s the war that came to define a generation and one with controversial opinions which are still heard to this day. The Vietnam War has left us with more than just poignant imagery, it also throws up plenty of interesting facts if you know where to look.

America became involved in the Vietnam War as early as 1954, not 1965 as you’ll often heard said.

2. It could’ve been over earlier.

JFK’s initial plan was to end all US involvement by as early as 1965.

No US unit ever surrendered on the ground. 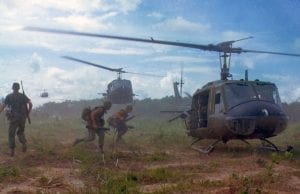 4. Both US and Vietnamese leaders died within three weeks of each other.

The President of South Vietnam, Ngo Dinh Diem, was shot just 20 days before the assassination of John F Kennedy.

The Gulf of Tonkin Incident which sparked greater US involvement on the ground never actually happened.

6. Soviet guns were popular on the battlefield.

The standard issue M-16 jammed so often that US troops widely began to favor the Soviet AK-47.

7. Sadly, yes, the Americans did lose some battles.

The idea that the US never lost a battle is widely regarded as a myth.

9. Many other countries chipped in.

South Korea, Australia and New Zealand all fought alongside the US. 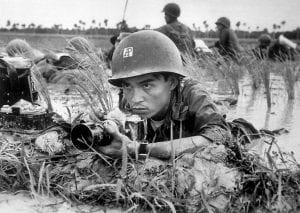 10. Saigon toppled after the Americans departed.

More than 1.8 million sorties were flown over Vietnam during the war.

12. What was the Tet Offensive?

The greatest single day attack from the North is known as the Tet Offensive, and ultimately only succeeded in gaining the North the upper hand in the media, not on the ground. 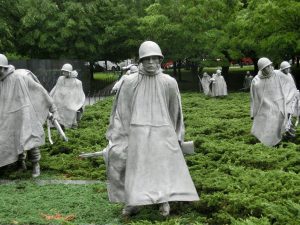 13. Most American sorties came back.

Just 1% of all US fighter jet sorties ended in the pilots being shot down and captured.

Future US presidential candidate John McCain was shot down and captured. He was held at the notorious Hanoi Hilton for 5 years.

15. Most soldiers were there because they wanted to be.

7 million men fought, with only 25% of them being drafted. The rest were a combination of career soldiers and brave volunteers. 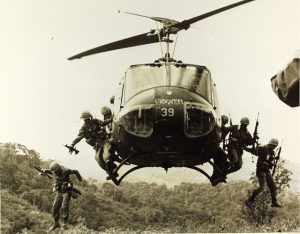 16. It wasn’t un-winnable from the start.

The war was not termed “un-winnable” by Walter Cronkite until as late as 1968.

The official estimate of the war dead is as many as 2 million civilians, and over 1 million Vietnamese fighters from North Vietnam and the Viet Cong. US defense records put the number of US military fatalities at 58,220, with an estimate of an additional 250,000 fatalities of South Vietnamese soldiers. 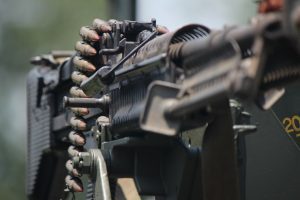 FAQs about The Vietnam War

Why did the US go to war in Vietnam?

It was largely as a result of fears over communism - but money, foreign interests and political gain all played parts.

It was US President Dwight D Eisenhower who authorized troops to deploy into Vietnam in 1955.

Is Vietnam the longest war in US history?

On technical grounds, it may be, however, US President Joe Biden referred to troops’ removal from Afghanistan in 2021 as the end to ‘the longest war in American history’ - they had been in the middle east for 20 years.

Do you know any interesting facts about the Vietnam War?  Share them in the comments below!