Judaism is an Abrahamic religion that originated approximately 3,500 years ago in the Middle East dating back to the time of Abraham. Let’s take a closer look at some more interesting facts about Judaism.

1. The religion travels down bloodlines.

In traditional Jewish law, any child born to a Jewish mother is also Jewish.

2. What is the holiest book in Judaism?

The most important religious text of Judaism is the Torah, which contains the Jewish laws known as Halakhah.

There are several meanings associated with the word ‘Torah’. Firstly, it can be used to refer to the first five books of the twenty-four books of the Hebrew Bible, which is often known as the Written Torah. ‘The Torah’ can also be used to refer to the continued narrative of all twenty-four books (from the Book of Genesis through to Chronicles). Furthermore, it can be used as a way of referring to the totality of Jewish teachings, the culture and the practice.

3. Jewish people have a specific name for their deity. 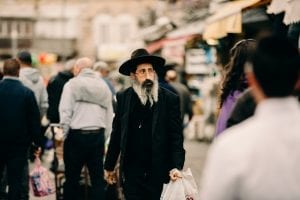 4. There’s a clear summary on what Jewish people believe.

In the 1100s a Jewish philosopher named Maimonides wrote the Thirteen Articles of Faith. This document summarised Jewish beliefs.

Followers of Judaism are known as ‘Jews’. The word Jew originated from the name given to people who were from the ancient Kingdom of Judea, which is now Israel. Over time the word Jew came to be associated with people of the Jewish faith.

Over time several different sects of Judaism have developed. These include Conservative Judaism, Orthodox Judaism, Hasidic Judaism and Reform Judaism.

7. Judaism is different from many other religions in one key way.

Judaism teaches that there is one God.

8. Judaism is hugely important to its followers.

People of the Jewish faith attempt to make every aspect of their lives holy in some way.

9. Where do Jewish people worship?

The Jewish place of worship is called a synagogue. 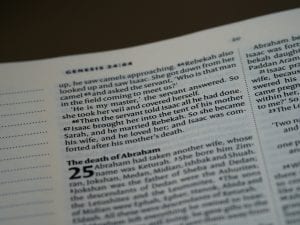 10. And who leads the congregations?

A Rabbi is a name given to a spiritual leader of Judaism.

11. There are five main books to the Torah.

The Torah consists of the five books of Moses (which is the Old Testament in Christianity).

The Jewish holidays commemorate important events in history. This includes times of the year that are regarded as important, as well as important times in people’s lives. 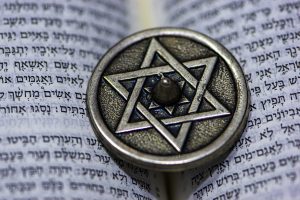 13. But what about Hanukkah?

Although Hanukkah is an important Jewish holiday, it is not part of the Hebrew Scriptures because it celebrates an event that occurred after the Scriptures were written.

Hanukkah celebrates the Maccabee’s victory over the Syrian-Greek rulers of Jerusalem and the Temple’s rededication in 164 BCE.

15. What laws are most important to Jewish people?

In Judaism, the most important religious practice is following the 613 Commandments found under the Law of Moses. 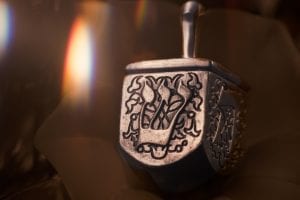 Call of the Light

16. Pilgrimages, too, are very important.

There are three pilgrimage festivals in Judaism including Passover, Shavuot and Sukkot.

17. Candles have crucial status during Hanukkah.

During Hanukkah (the Festival of Lights) Jewish families light eight candles over eight days. On day one they light one candle, on day two they light two candles, etc.

18. What is the Jewish religious symbol?

The religious symbol of Judaism is the Star of David.

The Star of David can be found on synagogues, Jewish tombstones and the flag of the State of Israel. 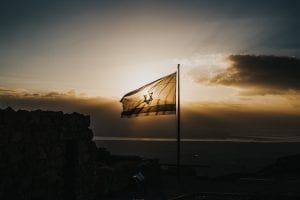 Jewish followers do not eat pork because it is not considered to be Kosher, and Jews only eat food that it is Kosher.

20. There’s an important rite of passage.

When a Jewish boy turns thirteen or a Jewish girl turns twelve, they celebrate their Bar Mitzvah or Bat Mitzvah (for a girl). This special occasion represents a rite of passage leading into adulthood.

21. Jewish people have specific items of clothing for worship.

Items of special Jewish clothing include the Kittel (a white, knee-length over-garment worn on the High Holidays) the kippah (a brimless skullcap worn on many Jewish occasions and at all times by some men) the tallit (a prayer shawl) and tzitzit (tassels on the tallit’s four corners). Finally, there are also tefillin (small square leather boxes worn during weekday morning prayers). 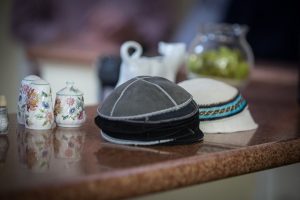 When praying, Jews turn towards the Temple Mount.

The Temple Mount is considered to be sacred for Jews as they believe that God has manifested there more times than any other place. It is forbidden to pray on the Temple Mount due to its sacredness and Jews may only enter the place to visit on limited occasions.

What is a key difference between Judaism and Christianity?

One clear difference between the two faiths is how God is approached - in the Jewish faith, people do not treat God as a ‘human form’, for example.

Is Judaism the oldest religion?

No - the oldest known religion practiced is thought to be Hinduism, though Judaism on its own is ancient.

What is forbidden in Judaism?

Judaism largely forbids the eating of certain creatures, such as pigs, shellfish, and birds of prey.

Do you know any interesting about Judaism?  Share them in the comments below!