Light is, of course, one of the key essentials for all life on Earth to thrive and survive. Think of all our plant life – and our own lives, too! Light is a strange phenomenon which we actually seem to take for granted far too often!

Therefore, we’ve put together a fact file of sorts to help clue you in on some of the most interesting trivia bits and pieces likely to fascinate you – even if you already dabble in a bit of simple science on the occasion – here’s a stack of fun facts about light!

1.    We have limited light receptors!

Humans can’t actually see all colors that exist. We actually have very limited vision when it comes to light! Many animals – such as chickens, believe it or not – can see many more colors than we can.

2.    Light has always intrigued us

The way we see and perceive light has been up for debate for centuries. Perhaps most fascinatingly, Plato once thought that we were able to shoot light from our eyes. That’d be amazing, but sadly, it’s not true.

However, there is a laser which exists that can be fitted to contact lenses. It’s not the sort of laser which will allow you to melt or burn things down, however, it might come in handy when it comes to passing specific security controls, for example. 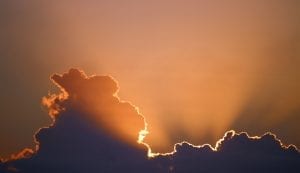 4.    The majority of wildlife can glow in the dark!

It’s thought that around 90% of all animals and creatures that live deeper than 1,500 feet into our oceans are bioluminescent, which means that they have the natural ability to give off light.

In fact, one of the most terrifying bioluminescent creatures is the angler fish. It uses a trick whereby it dazzles its prey with a bright light, hanging from its head like a rod, before swallowing them whole.

Humans, believe it or not, are bioluminescent, too! The saddest part is, we don’t have the visual capability to be able to tell – we don’t glow strongly enough for our eyes to pick up!

It’s thought that light didn’t actually exist in the universe until 500,000 years after the Big Bang. This means the universe was far away from expanding big enough to let light comfortably travel and bounce around.

Light travels extremely quickly in a vacuum, but it is possible to stunt its speed in restricted spaces.

Some people sneeze when subjected to bright lights. It’s thought to affect up to 35% of people, and it’s related to the photic sneeze reflex. The most bizarre part of all of this is the fact that no one really knows why this is even a thing!

It’s completely possible to spot differences between East and West Germany from the air. That’s because they use different types of lightbulbs! 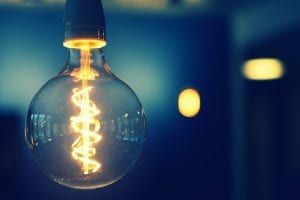 In fact, it’s thought that light can travel up to 299,792km per second when in a vacuum.

Light travels in straight lines called waves, largely, however, it can bend when it hits objects. This, ultimately, is how we are able to illuminate our homes.

Sir Isaac Newton, who famously discovered the phenomenon of gravity, was actually invested in discovering how light works, too. However, he had a rather unorthodox way of exploring the way our eyes perceive color – he poked needles in his eye sockets! DON’T try that at home! 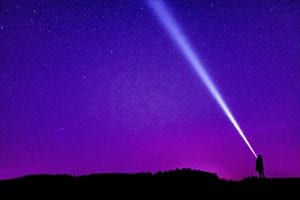 13. Light could help in medicine and healthcare

Believe it or not, in some cases, light is being used to detect diseases such as malaria. This takes place through laser interactions with red blood cells. This method of diagnosis, in the case of malaria, is thought to be 85% effective and accurate.

A jiffy is a unit of measurement which dictates how long it takes for light to travel up to a centimeter. Therefore, saying you’ll be ‘there in a jiffy’ literally means you’ll be there right away.

Goldfish have one over on us when it comes to light perception. Unlike humans, goldfish are able to see infrared radiation! 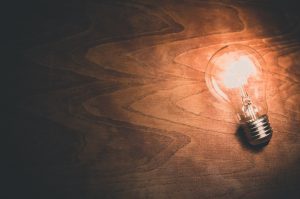 What’s more, birds can see UV light – we can’t, though it is hugely damaging to us.

17. Blue light can de-stress you

It’s thought that blue light has the ability to calm people down. In fact, studies suggest that blue light can help to tone down aggression and feelings of helplessness. In some territories such as Scotland, blue light is used in street lighting to help quell crime rates. 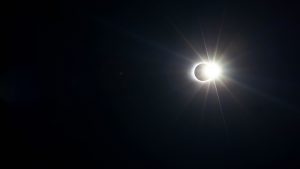 If a human could travel at the speed of light, what distance could they travel in a second?

In a single second a human traveling at the speed of light could circumnavigate planet Earth 7.5 times!

Why do we see the lightning of a thunderstorm before hearing the sound?

We see the flashes of lightning before hearing thunder because light travels faster than sound.

Was the speed of light discovered by accident?

Yes it was! In 1676 a Danish astronomer called Ole Roemer made the discovery. He was in a French observatory at the time and he wasn’t even looking for it! He was observing other astronomical phenomena at the time.

Do you know any fun facts about light?  Share them in the comments below!

Are you fascinated with physics?  Check out these fun facts about radio waves…