Lobsters are snippy critters that, more often than not, are best known for being luxury delicacies. However, there’s more to these crusty creatures than just a boiling pot! Lobsters are some of our most fascinating marine life, meaning it’s a great idea to get clued up on a few facts about them.

So – without further ado – here’s 18 fun facts about lobsters!

Lobsters actually melt their shells – and female lobsters can only ever mate when they molt, so it’s a rite of passage!

2. How do they reproduce?

Lobsters lay eggs – the females carry them, and they hatch much like fish eggs do in the deep.

Lobsters don’t mate for life. If anything, they have short love affairs – after a couple of weeks, a mated pair will inevitably split up! 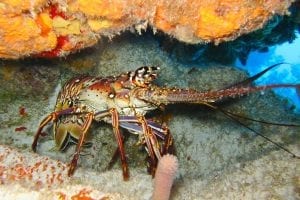 Lobsters weren’t always seen as fine cuisine – they used to be considered lower-class dinner options, on the whole!

5. Lobsters can back up!

Lobsters have the ability to swim in reverse if they need to! It’s a useful defense mechanism in the sense that they will back up if they feel threatened.

Most lobsters are actually blue in color – they will generally turn red once cooked, grimly enough!

It’s not just the shell that changes color… their blood turns into a weird, white-colored gel, too. Gross!

8. Lobster can be healthy.

Lobsters are considered jam-packed full of protein – there’s around 28g of the good stuff in every cup of lobster.

9. Don’t invite them to dinner…

Lobsters urinate out of their faces, their glands and gills – gross but true! 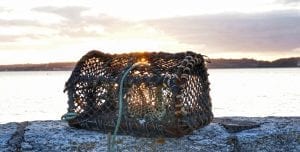 10. Lobsters need to be careful.

These snippy critters, sadly, do have a few predators out in the wild. Namely, they are usually gobbled up by the likes of octopuses and codfish on the prowl.

No, lobsters won’t scream when you boil them. They can’t, as they don’t have lungs!

Lobsters have two different stomach systems in their digestive array – they are more complex than they look! 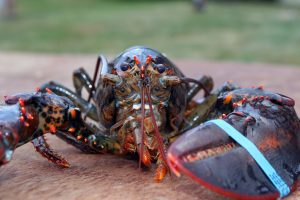 Lobster boiling is increasingly seen as cruel, and in fact, you may find that it’s banned in some regions and restaurants!

14. A lobster will crush your hand.

Yes, you’ll likely get a snapped finger if you dare shake hands with a lobster. Their claws are extremely powerful!

Lobster boats are lucrative. It could take you up to ten years to get a full license as a lobsterman! Not only that, but the going rate for crew on lobster boats is around $50,000 per year. Nice work if you can get it! 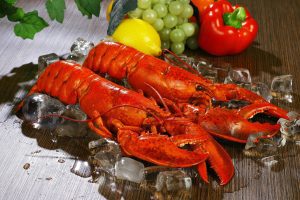 Very few lobsters born actually make it to adulthood. The percentage for survival is around 0.1%.

17. They can keep regrowing!

If a lobster loses a claw, it probably won’t be too bothered. The same goes for legs! Why? They can effectively regenerate during molting.

18. A… choice defense strategy, at best!

Weirdly, if a lobster is trapped by a predator, it may choose to split a claw or leg off to escape – as they grow back, it’s no big deal! 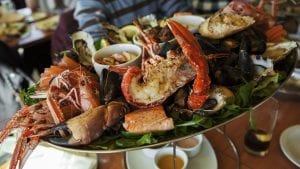 Why is lobster so expensive to buy?

Lobster is now an expensive dish mainly thanks to the effort it takes to fish for them - it’s to pay for the labor as well as the boats!

No - but they do have a propensity to eat each other’s melted shells - in a pinch!

Why do lobsters scream?

They don’t - when you boil a lobster, air escapes the various holes and gaps in their shells - they don’t have the vocal cords!

Do you know any fun facts about lobsters?  Share them in the comments below!

This page was last modified on October 27, 2021. Suggest an edit