Machu Picchu is one of the world’s most breath-taking relics still available for people to marvel at, centuries on. Rising high above Peru in the Andes Mountains, the colossal stone ruins remain the country’s most popular tourist destination. Thousands of people flock here to see the ancient wonders each year – as well as flocks of llamas! But what is it that makes Machu Picchu so fascinating?

1. Machu Picchu is up in the heavens.

Machu Picchu is very, very high up indeed. In fact, the ruins site more than 7,000 feet above the sea, meaning it’s always a trek to get to the top.

It is a UNESCO World Heritage Site, which means its historical and cultural importance is protected for generations in future to enjoy.

3. It used to be a mass of buildings.

There are more than 150 different buildings that once made up the site, and you can still tour them all to this day – there are holy places and communal buildings you can see remnants of from up on high. 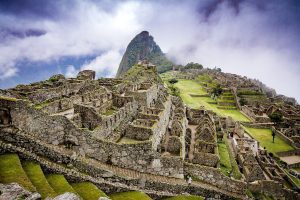 It is a throwback from the ancient Incan era. However, despite its age – dating back to the 15th century – it wasn’t discovered by outsiders until the 20th century! In fact, we have only really known about Machu Picchu altogether for little more than 100 years.

5. Machu Picchu is a modern wonder.

When a new list of seven wonders of the world were drafted in 2007, Machu Picchu – naturally – made the list.

6. There are plenty of woolly critters up here!

If you want to take photos up at the site, you’re likely going to come across a llama or two. There are llamas all over Peru, however, up at Machu Picchu, they commonly graze around. You’ll also find plenty of alpacas up on high, too – and yes, there are differences between the species!

7. Its name is Native American.

8. We’ve only known about it for just over a century.

It was Professor Hiram Bingham, working on behalf of Yale University, who made the stunning rediscovery of the site in 1911.

Thanks to Bingham’s findings, there is still a dispute in play over who actually owns the remnants and relics found at the site. Yale claims ownership on one hand, while Peru itself stakes a claim on the other. 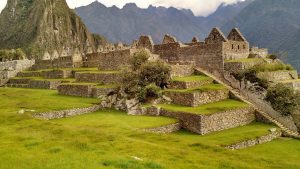 10. These stones are pretty sizeable!

Some of the stones used to help build the original temples weigh more than 55 tons – and the remaining stones fits together perfectly. Archaeologists and historians believed that the Incans had a special method to set up buildings without the need for cement.

11. No one’s really sure why people left.

We’re still not clear on why Machu Picchu was ever evacuated. It’s said that an outbreak of illness may have been to blame. It was only ever used for around a century, too.

The people of Machu Picchu were thought to be society’s cream – and up to a thousand people lived here at any one time.

What’s most fascinating about the history of Machu Picchu is the fact that there are no records left by the people who lived here – we’re just piecing it all together as we go on! 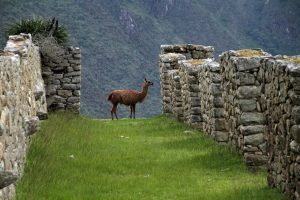 How long does it take to climb Machu Picchu?

On the whole, it can take four or five days to scale the heights of Machu Picchu!

How was Machu Picchu destroyed?

It’s thought to have fallen under the threat of the Spanish army, and people fled the area for safety.

Is Machu Picchu in danger?

UNESCO believes that a lack of infrastructure amid increasing visitation may put the area under threat.

Do you know any fun facts about Machu Picchu? Share them in the comments below!