Are you in the market for selling or buying your home? You might find the process pretty daunting – it’s not an uncommon thing! However, the act of selling and buying houses is as old as housebuilding itself – and therefore, there are always likely to be a few interesting facts and figures you can refer back to.

In this fact file, we’re going to take a look at some interesting facts about selling your home which we think are well worth mulling over. How many of the following did you know?

If you are selling a home, make sure to look out for the first few seconds during which a potential buyer walks in. It’s very likely they will make up their minds within a minute or so – this means that even if your sales spiel goes on for another hour or so, it’s really unlikely to do much good.

There is a superstition that selling houses with the number 13 brings bad luck – which is why there are many houses up and down the UK which are numbered 11A instead. This isn’t as popular a move nowadays, but there are still plenty of buyers out there who avoid 13 out of principle.

There is a house in the US which, having initially listed at $1 billion, actually sold for a mere $100,000. How did the buyer get this bargain? It was available at a foreclosure auction, which means it was taken by the bank and moved on due to owner debts. 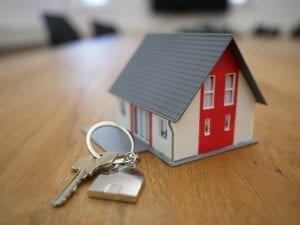 Any fans of the classic 90s sitcom Friends will wonder how it was ever possible for the characters to pay for their apartments. According to modern day figures, a West Village, NYC apartment like Joey and Chandler’s would cost more than $2 million to buy.

If you live in Scotland, there’s an odd quirk you might be aware of when it comes to painting your front door red. It’s thought that you do this once you have paid off your mortgage – a very big deal indeed!

6. What’s the White House Worth?

Ever wanted to make the US President an offer on the White House? You’ll need to meet an opening bid of around $110 million, according to approximate values.

7. Build beyond the stars!

Apparently, it’s possible to buy land on the Moon – at short of $30 per acre. How you’d use it, who knows – but if we ever colonize, it’s worth keeping hold of the deed!

8. Plenty of space for all!

There is a property in India worth well over £1 billion, and it’s home to at least 27 floors and a car garage with space for almost 170 different vehicles.

9. How do you solve this puzzle?

The US’ homeless problem strangely doesn’t match up with its vacant housing issues. Believe it or not, there are 5 times more empty houses and buildings in the country than there are homeless people. 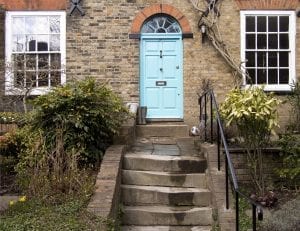 Want to get as close to your asking price as possible when selling your home? We don’t blame you. Statistics seem to suggest that sellers will normally fold on asking price at around 97%. As a potential buyer, this is well worth keeping in mind to test the water.

Any good estate agent (or realtor) will tell you that you can really entice buyers if you fill the place with nice smells. Specifically, warm coffee seems to be a big winner, as does freshly baked bread. However, foul smells are just as likely to put people off, too, so you really should make sure you at least neutralize the smell of your home before inviting anyone in.

Believe it or not, there’s no such thing as a lull period for selling homes towards the back end of the year. There’s a misconception that it’s not worth selling during November and December as people simply won’t be buying. There’s no real data to suggest this, meaning you can probably go ahead and sell as you intend to! 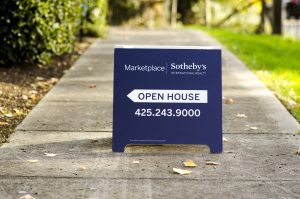 They say that moving home is likely to be one of the most stressful experiences of your life. If that’s true, then you will probably need to get used to it. It’s thought that you will probably move 12 times in your life on average! Whether that’s downsizing or upgrading, we really can’t be sure.

FAQs about Selling Your Home?

Are there lots of paperwork needed to sell a home?

In most cases, yes - there will be quite a bit of paperwork. You’ll need to prove your ID, ownership of your home, energy performance and more.

What shouldn’t you fix when selling a home?

There are a few things, such as fixing minor cracks or electrical issues, that you can safely leave when selling a home - just make sure to report it all.

What can bring down property value?

Property value can be brought down by neighborhood concerns as well as accessibility and any issues that are likely to impact your buyers long-term.

Do you know any interesting facts about selling your home?  Share them in the comments below!