This arachnid-transformed teen is one of the most famous superheroes in history. What teenager hasn’t dreamt of having Spidey’s powers? Spider-Man has crossed time and space, fighting some of the most formidable bad guys and teaming up with some surprising teammates since August 1962. Here are some more super fun facts about Spider-Man.

Superhero creator Stan Lee actually planned to create a fly or insect character instead. Stan Lee was searching for inspiration when he watched a fly crawl up a wall in his office. That’s when he came up with the idea of a hero who could walk up vertical surfaces. He tried creating characters out of other insects, such as mosquitoes. But, everything changed the day he chose spiders!

2. Steve Ditko to the rescue!

Once Stan Lee had come up with the idea of a teenage superhero with the powers of a spider, he turned to his trusty co-creator, Steve Ditko, to create the costume. Thus, the red and blue suit was born.

Although you’ve probably seen both spellings, the correct one is actually ‘Spider-Man’. The hyphen is more important than you might think! Stan Lee specifically put in the hyphen to help people distinguish Spider-Man from DC’s Superman. 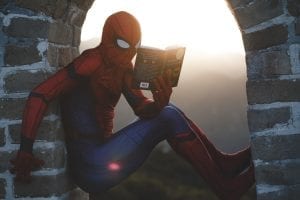 In The Amazing Spider-Man movies, we get a quick glimpse of Peter Parker’s parents, but are pretty much left on a cliff-hanger when we see them seemingly die in a plane crash. However, in the comics, fans discover that Richard and Mary Parker were actually agents for S.H.I.E.L.D.! In fact, their plane crash was caused by the dreaded Red Skull, who you might know from Captain America: The First Avenger, Avengers: Infinity War, and Avengers: Endgame.

Although Spider-Man wasn’t the first superhero ever, he was the first of his kind. He was, in fact, the first teen superhero who wasn’t just a sidekick!

6. Spider-Man nearly didn’t debut at all.

Do you know how close we were to being in a Spider-Man-less world? At the time of his launch, the head of Marvel, Martin Goodman, was not too keen on the Spider-Man concept. It was unheard of to have a teen be a leading superhero, and, generally, people are not too fond of spiders!

He was also a very awkward character, which didn’t bode well for a crime-fighting hero. So, Stan Lee and Steve Ditko had to sneak Spider-Man into the last issue of Amazing Fantasy. Soon after, fans begged for more encounters with Spider-Man, and a hero was born. In 1963, the first issue of The Amazing Spider-Man was published. 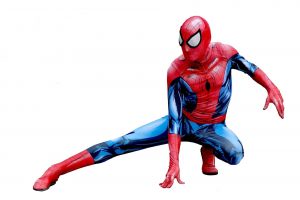 7. Peter Parker’s not the only Spider-Man!

As we saw in Spider-Man: Into the Spider-Verse, there are multiple variations of Spider-Man across the multiverse. But, did you know that in the comics, characters such as Gwen Stacy and even Deadpool have had their chance to be the crime-fighting spider? In fact, there are over 30 versions of Spider-Man in the Marvel Universe!

8. Spider-Man wasn’t always worth his weight in gold.

Back in 1996, Marvel declared bankruptcy in part due to Spider-Man. More specifically, the Clone Saga. This was a whole storyline that lasted from 1994 to 1996 that, needless to say, was not very popular. However, due to the bankruptcy and colossal loss of staff, Marvel had to find a new means of making money which led them to making movies. Bet you’re grateful for that Clone Saga now, huh? 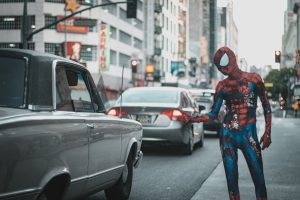 Who is Spider-Man’s biggest enemy?

Although Spider-Man has had to face countless enemies such as Doc Ock, Electro, the Sandman, and more, fans largely view Norman Osborn’s Green Goblin as being his true archenemy.

Who is Spider-Man’s one true love?

Although fans usually consider Tobey Maguire to be the original Spider-Man on our screens, it was, in fact, Nicholas Hammond. The actor played Spider-Man in 1977 in the made-for-TV movie, Spider-Man.

Who is Spider-Man’s one true love?

Now that we’ve seen Spidey fall for both Mary Jane Watson and Gwen Stacy on screen, many fans are left confused by who his true love is. According to Stan Lee, Spider-Man was never supposed to end up with Mary Jane. In fact, he was supposed to love her, but his one true love was always meant to be Gwen Stacy.

Do you know any fun facts about Spiderman? Share them in the comments below!