Is a loved one moving to this island or have you always fancied living on its sandy shores? Take a look at these fun facts about Sri Lanka to see how well your local knowledge fares!

1. Sri Lanka once went by a different name.

Formerly known as Ceylon, Sri Lanka is a small island off the south coast of India in the Indian Ocean.

Its nearest neighbors are India to the north, Bangladesh and Myanmar (Burma) to the northeast, Thailand to the east, Malaysia, Sumatra and Java to the southeast and Maldives to the southwest.

3. How do you find Sri Lanka with a compass?

Do you miss watching the blue whales or drinking the beautiful locally grown tea? Head for the coordinates of 7.0000° N, 81.0000° E to find yourself back in Sri Lanka. 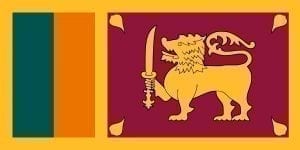 4. Much of Sri Lanka is easily walkable.

The terrain here is mostly low, flat-to-rolling plain with mountains in the centre of the island.

6. However, its population is dense!

Sri Lanka’s population was 21.92 million in 2020 – that’s around four times the population of Scotland!

7. What’s the capital of Sri Lanka?

Sri Lanka has two capital cities; Sri Jayawardenepura Kotte and Colombo. SJK is the legislative capital and a suburb of the commercial capital, Colombo. Colombo covers an area of 14.4 square miles (37.3 square kilometers) and had a population of 707,000 in 2015.

8. Ever been caught in a monsoon?

9. What do people speak in Sri Lanka?

The official languages of Sri Lanka are Sinhala and Tamil. English is also spoken here. 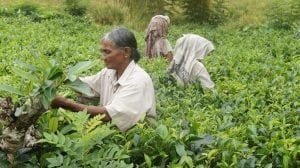 Although cricket is very popular in Sri Lanka, Volleyball is actually the national sport!

11. Sri Lanka’s name change comes as of its split from the British.

12. Changing your money up? 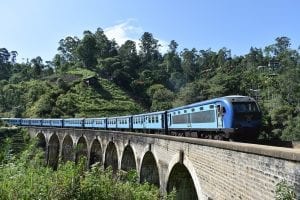 Did you know, Sri Lanka is one of the largest tea exporters in the world?

Cinnamon was first discovered in Sri Lanka around 2,800BC – Sri Lanka now produces around 80-90% of the worlds cinnamon! 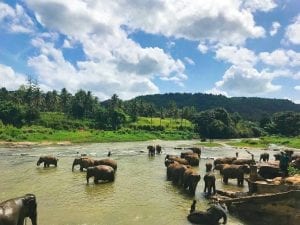 16. Sri Lanka grows and produces all kinds of things.

Is Sri Lanka safe for tourists?

Can you drink alcohol in Sri Lanka?

Yes - providing it’s not on a religious holiday, and you are not doing so in public.

Is Sri Lanka a religious nation?

Do you know any fun facts about Sri Lanka?  Share them in the comments below!