Love it or hate it, Star Wars is a movie franchise that’s grown beyond its humble origins.  The original space opera has amassed billions of dollars over the years, thanks not only to ticket sales but also merchandising, toys, TV shows and more.  There is clearly something about this saga that speaks to the wider populace.

Consider yourself a Star Wars buff?  Here are 17 fun facts about Star Wars that may surprise you.

1.   The most exploited phrase in Star Wars

You’ll hear the phrase “I have a bad feeling about this” – or a variant – used in every single Star Wars movie.

2.   The voice behind Yoda is pretty famous

Yoda was voiced by Frank Oz, one of the main players behind The Muppets, and famously the voice of Fozzie Bear and Miss Piggy.

There is an ET-Star Wars crossover in The Phantom Menace. During a scene in the intergalactic senate, you can see representatives from ET’s home planet, Brodo Asogi.

Jabba The Hutt, the infamous gangster and colossal blob from Return of The Jedi, needed at least seven puppeteers to animate him.

5.   Star Wars Comlink-Sharp as a razor!

Ever thought that Qui-Gon Jinn’s communication link looked sharp? That’s because it’s based on a cast of a Gillette razor!

In fact, they had to rebuild part of the film set thanks to Liam Neeson’s height. This cost around $150,000 to account for!

7.   Can you imagine a different Han Solo?

The role didn’t really pay that handsomely first time around! Harrison Ford received a relatively paltry $10,000 for his part in ‘A New Hope‘!

9.   In fact, initially, he wasn’t even considered for the part

Harrison Ford was actually only hired initially to feed lines to prospective Solos. Director George Lucas, however, thought Ford gave the best performance out of anyone at the auditions! 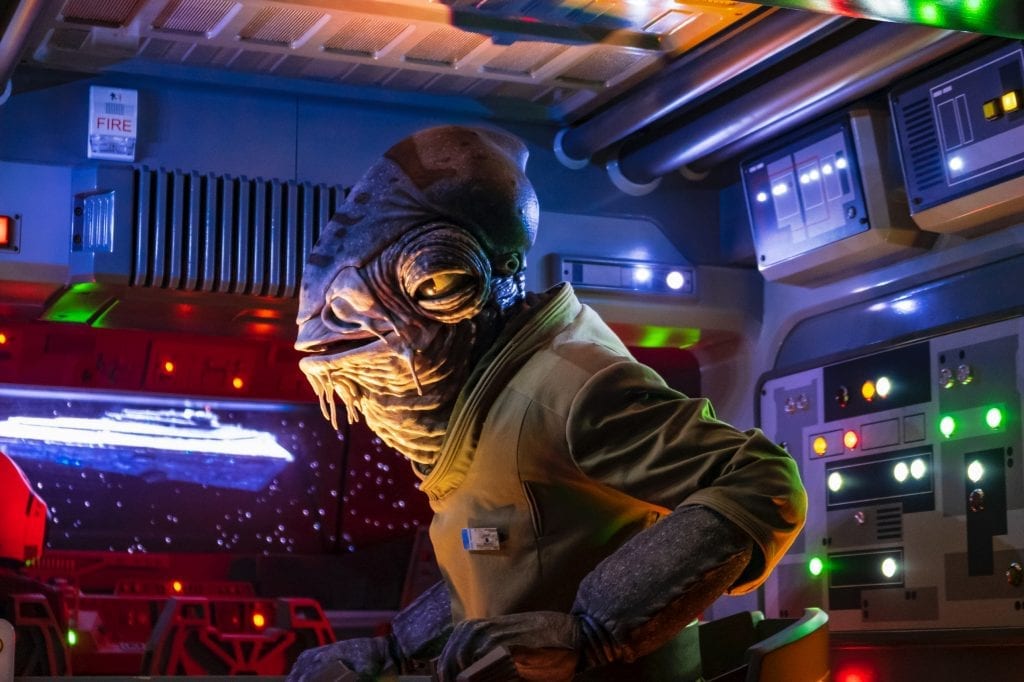 Remember the Ewoks from Return of The Jedi? No one – at any time – mentions the species by name on screen.  That’s pervasive marketing!

George Lucas was keen on varying the original cast of A New Hope as much as possible. At one stage, he considered only hiring Japanese actors to play the roles.

Chewbacca’s iconic voice is a combination of various animals. For example, sound engineers used clips of lions, bears and more.

Lucas toyed with the idea of killing Han Solo at the end of Return of The Jedi. However, he actually changed his mind, worrying that toy sales would be negatively impacted as a result!  It’s safe to say that much of the Star Wars fortune has been built up thanks to merchandise. 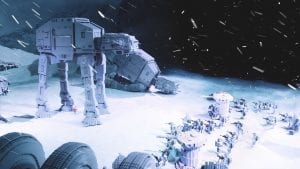 14. Yoda played by a masked monkey? No, thanks!

George Lucas also supposedly wanted a monkey in a mask to play Yoda initially. Thankfully, minds were apparently changed along the way!

15. A Star Wars premiere in lack of a director

Lucas, in fact, didn’t even attend the original premiere of Star Wars in 1977. He was on holiday with fellow director Steven Spielberg!

16. An iconic villain with the shortest appearance

Darth Vader might be an iconic villain, but he’s only on screen for around 12 minutes in ‘A New Hope‘! 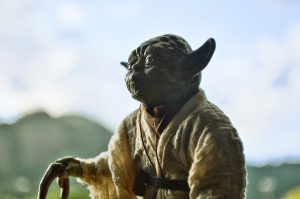 17. Do you know Yoda’s species? Apparently, nobody does

No one – not even characters in the Star Wars universe – know what Yoda’s species actually is. With the reveal of ‘The Child’ in TV series The Mandalorian, it seems he’s not alone in the universe.

Which Star Wars movie should I watch first?

While it’s technically fourth in the canon, most people start with A New Hope - it was the very first movie, after all.

Which Star Wars movie is rated the best?

There seems to be strong agreement that Episode V: The Empire Strikes Back is regarded as the best of the bunch.

Which Star Wars movie is the least popular?

Star Wars movies outside of The Empire Strikes Back are notoriously divisive - with Episode VIII: The Last Jedi, Episode I: The Phantom Menace and Episode IX: The Rise of Skywalker regarded as the ‘worst’.

Do you know any fun facts about Star Wars?  Share them in the comments below!

Are you fascinated with space?  Check out these interesting facts about the solar system…