Brown, polar, panda, and even koala bears…  Most people can easily name a type of bear or two.

Most are easily recognizable mammals due to their shape and furry bodies. What about the koala bear, though? Koalas aren’t actually classified as bears. They’re marsupials! And like the koala, a tiny creature bears the name “bear” that has no official tie to the class…

Tardigrades are informally known as ‘water bears’ as these tiny creatures live anywhere there’s liquid – such as oceans and lakes. They’re not widely known as they are challenging to spot – tardigrades are just 1mm in size!

So, they’re not bears, but why are they called such? Here are 15 fun facts about tardigrades: these tiny creatures pack a big punch!

Tardigrades are invertebrates. Their appearance primarily contributes to the name “water bear” and “moss pig.” Their bodies are long (1mm) and plump and have eight slumpy legs. Even how they move is reminiscent of a bear’s way of walking.

2. They only live in moist environments.

Water bears cannot live in dry conditions. These miniature bears are considered aquatic creatures as they require water around them to prevent dehydration.

Tardigrades’ dormant state is called a tun. In this state, they lose 99% of their bodies’ water content to the point of dehydration. Usually, tardigrades go into dormancy when they are not in a suitable environment. They can go without eating in a dormant state – even for years and years! They curl up into a cocoon-like shape until they’ve reached a more appealing environment for them to feed and live. 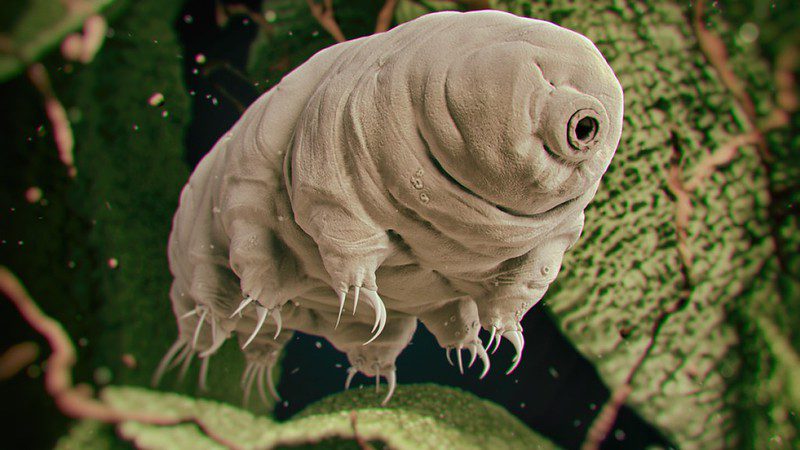 The appearance of tardigrade eggs varies but is primarily spiked, and they’re certainly not edible.

6. Tardigrades can survive the harshest temperatures!

In their dormant state, with limbs tucked in and the suspension of their metabolism, tardigrades are capable of surviving extremes! They’ve been boiled, sent to space, and frozen to -272 C, yet still lived – but only for a few minutes in their active state. If they’re in a tun state, it can take days until they die. So they’re not immortal, but they are indeed tough!

It’s been recorded that tardigrades can survive without food and water for 30 years.

Tardigrades live in moist environments and mostly eat moss, algae, and flowering plants by sucking the cells through their tube-like mouths. However, they have been known to cannibalize their kind. Yikes! But make no mistake, they are harmless to humans and not known to carry disease.

If you want to take care of tardigrades, you’ll have to look for them in your backyard. Try looking in a moist area! 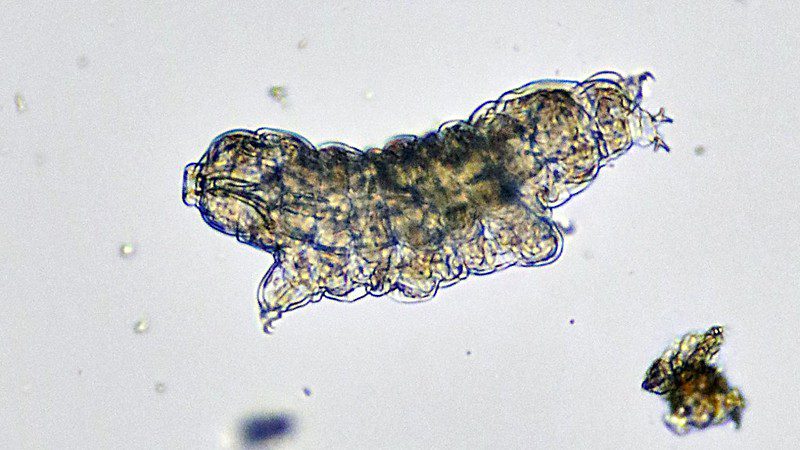 10. You’ll need a microscope to track them down.

In line with finding these mossy specimens, observe them under a microscope, and if you find tardigrades, put them inside culture jars under fluorescent lighting. For long-term care-taking, you’ll need freshwater algae, culture dishes, and spring water for your water bears to grow.

11. They are heartless, literally.

These tiny creatures don’t have any respiratory or circulatory systems. They don’t need a complex system for circulating their nutrition, gas, and all other frills. Their body cavity has what is called an “open hemocoel.”

Molting means to shed old skin and grow a new one. Depending on the species, tardigrades molt 4-12 times. They even poop and keep their eggs protected by molting. 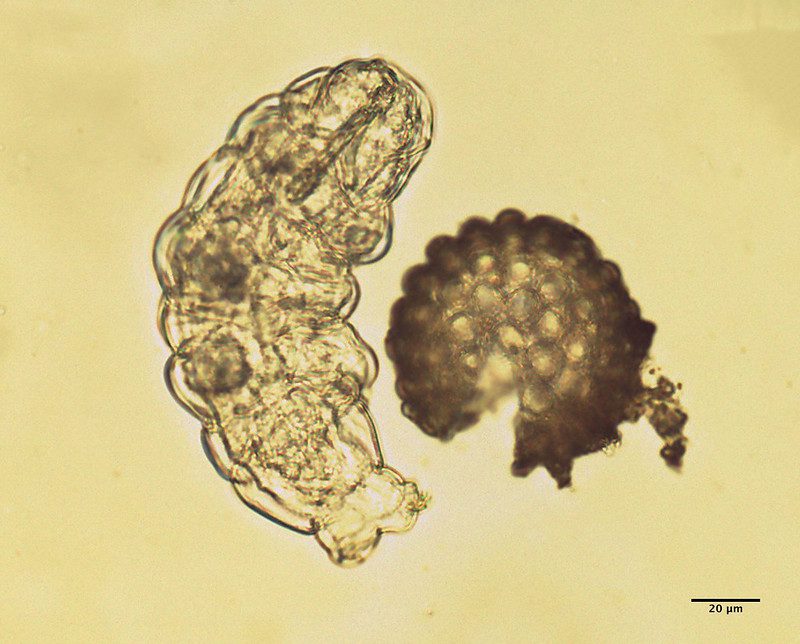 Tardigrade reproduction may be sexual or asexual, depending on the species. Asexual tardigrades are parthenogenic – they can fertilize their eggs!

Tardigrades’ eyes don’t have lenses. Instead, they’re made up of a handful of cells, and some are even eyeless. As a result, they perceive light as intensity-based rather than image-based.

15. From water bears to moon bears?

In April 2019, an Israeli space expedition crashed and scattered thousands of water bears on the moon. The spacecraft carried the Israeli foundation’s first lunar library, a DVD archive containing millions of pages of information of human DNA samples and thousands of tardigrades. No one exactly knows if the DNA samples and water bears are still intact, but Nova Spivack, the founder of the Arch Mission Foundation, says there’s no reason to worry about tardigrades taking over the moon… 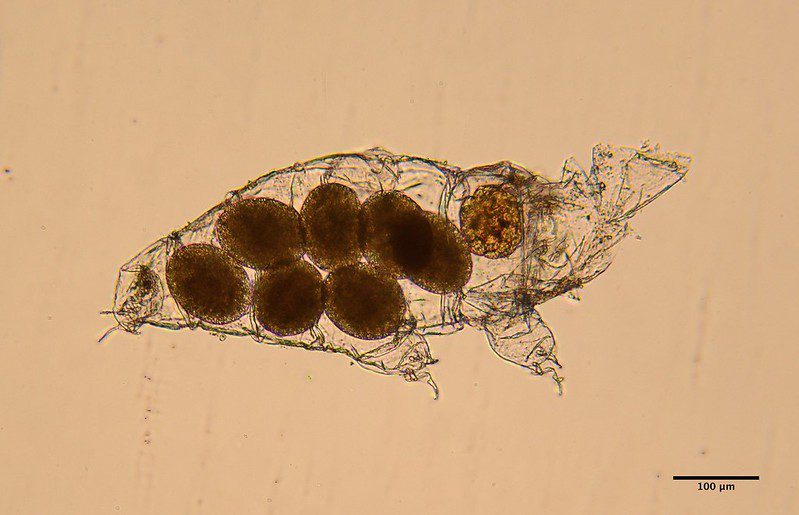 Do tardigrades have brains?

Yes, tardigrades have a dorsal brain.

Tardigrades can survive in extreme temperatures, and even boiled alcohol won't kill them.

As we eat fresh produce every day you may well consume thousands of tardigrades in the process. However, tardigrades won't survive in the digestive system since stomach acid will disintegrate the flesh of these tiny creatures.

Do you know any fun facts about tardigrades? Share them in the comments below!

This page was last modified on February 27, 2022. Suggest an edit