What do you know about the 1920s? You’re probably familiar with the nicknames ‘Roaring 20s’ and ‘Jazz Age’. The term Jazz Age was popularized by Francis Scott Key Fitzgerald who was best known for his novels portraying the flashiness and sensibility of the 1920s.

But did you know that Agatha Christie’s mega-famous creation Hercule Poirot was born in 1920?  Let’s put Hercule Poirot’s methods into good use by establishing order and method and engaging our little grey cells and solve the mysteries of this decade through these fun facts about the 1920s…

1. The 20s was a time of strong anti-alcohol movements.

Prohibition went into effect about a hundred years ago which led to the rise of speakeasies strongly impacting American culture and society.

2. The 20s was a time for societal revolution!

In the past 100 years, our lives have been changed drastically. Life in the 1920s was pretty different than today. In the 1920s there were many extraordinary artistic, cultural, and technological advancements.

3. Ford made a huge impact late in the decade.

Sold until 1927 the Model T vehicle by the Ford Motor Company pretty much defined the 1920s.
The affordable car helped rural Americans connect to other parts of the country. This led to the creation of the numbered highway system throughout the US that’s still known today. 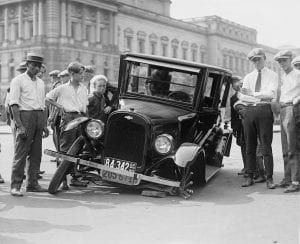 In the world of fashion luxe fabrics, flapper girl silhouettes, and the art-deco style dominated.
Fashion was characterised by loose fabrics, fringe, and glamorous details. The garments differed immensely from the street style-inspired looks that are popular today.

5. Flappers may well come back again!

According to fashion historians, because trends are cyclical, it is very likely that ’20s-inspired clothing will make a comeback again.

Under Prohibition, effective from 1920 and through to 1933, the USA banned alcohol manufacture, sale, and transportation. This law gave way and “inspired” organized crime and speakeasies.
Speakeasies were secret bars where people could drink in private.

The jazz age was indirectly powered by prohibition of alcohol. In Chicago, the jazz scene was developing quite fast, especially with the immigration of over 40 famous New Orleans jazzmen to the city.

8. The 20s saw the rise of a notorious gangster.

Al Capone was one of the men who came to power in the criminal underworld during Prohibition, fighting viciously to make Chicago his domain.

9. It was also the time of the Suffragettes.

Until 1920, suffragettes – members of an activist woman’s organisation rallied for women’s voting rights in America. 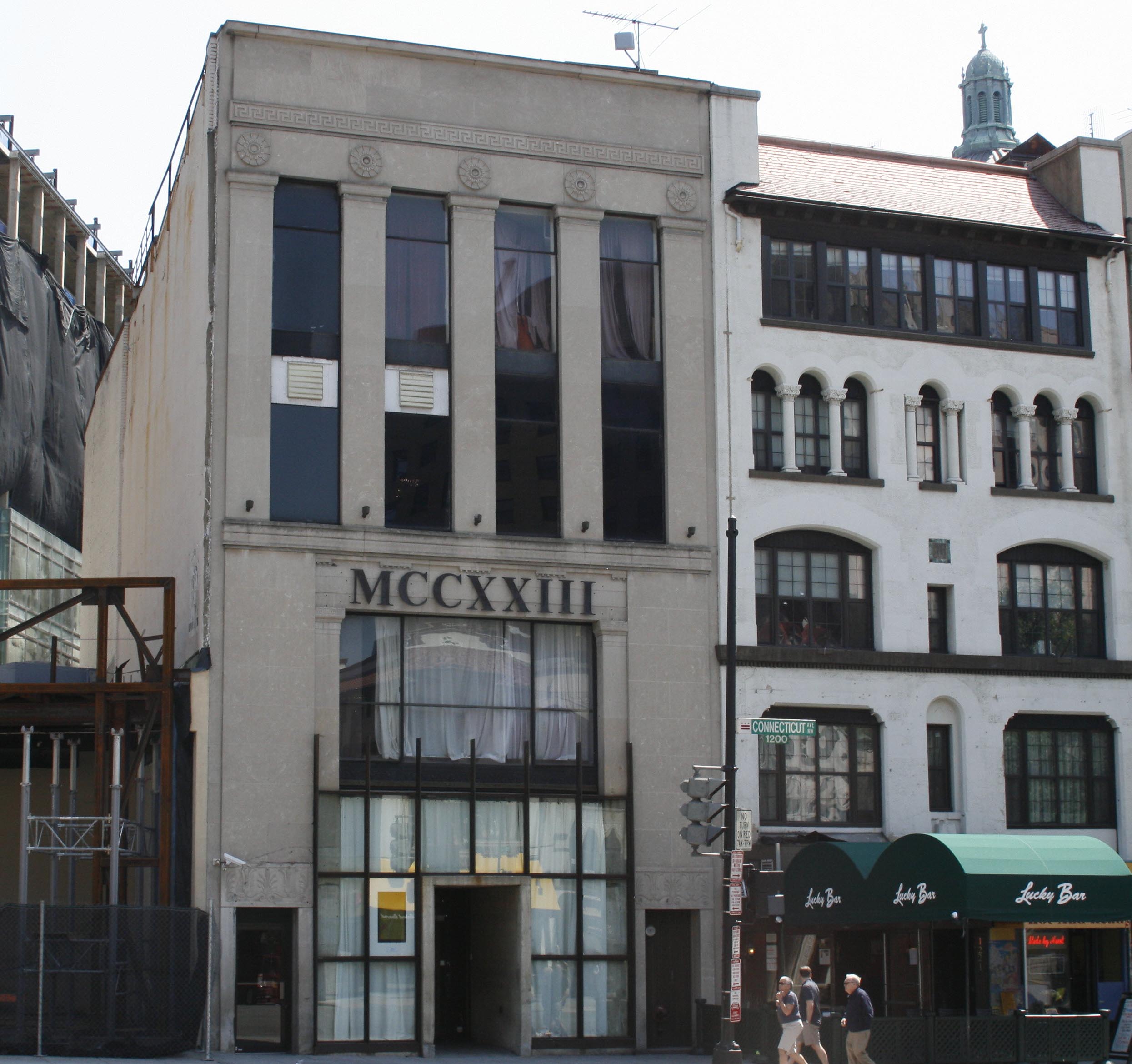 The Mayflower club, a speakeasy in D.C. serving liquor and a place for gambling

10. You didn’t have to go to a pharmacy to get your pills.

In the US in the 1920s, prescriptions could be picked up not only in drugstores but also on soda and candy counters.

Drugstores were also considered as central gathering spots in the community.

Customers could sit at the counter of a pharmacy and enjoy a root beer float or an egg cream in the 1920s-era pharmacy. These pharmacies were decorated with marble countertops and beautiful light fixtures.

As the popularity of ‘moving pictures’ matured in the early 1920s, movie ‘palaces’ capable of seating thousands were launched in major cities across the US.

A ticket for a double feature and a live show cost 25 cents, enabling Americans to escape from their problems and lose themselves in the magic of film.

The movies were attended far more than today. People were often going more than once per week.
By the end of the decade, weekly movie attendance increased to 90 million people.
A sample prescription from the 1920s 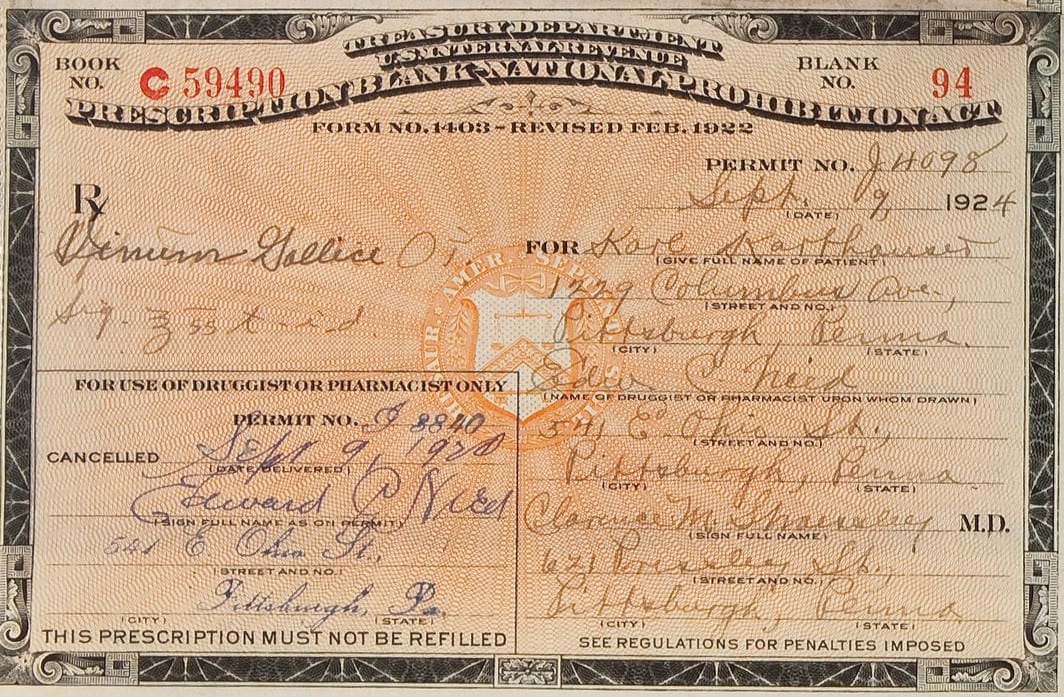 A sample prescription from the 1920s

The rise to the first generation of movie stars happened with the silent movies of the early 1920s.
Charlie Chaplin captured the attention of the American viewing public more than any other star. Chaplin was the top box office attraction of his time known for his sad-eyes moustache, baggy pants, and his cane.

The world of the silent movie began to fade away with the New York release of the first ‘talkie’—The Jazz Singer In 1927.

One important factor that made the 20s roar was the enlarged economic power of the middle class.
The automobile, film, radio, and chemical industries hit never-before-seen levels of success due to mass production allowing greater supply for a greater demand. 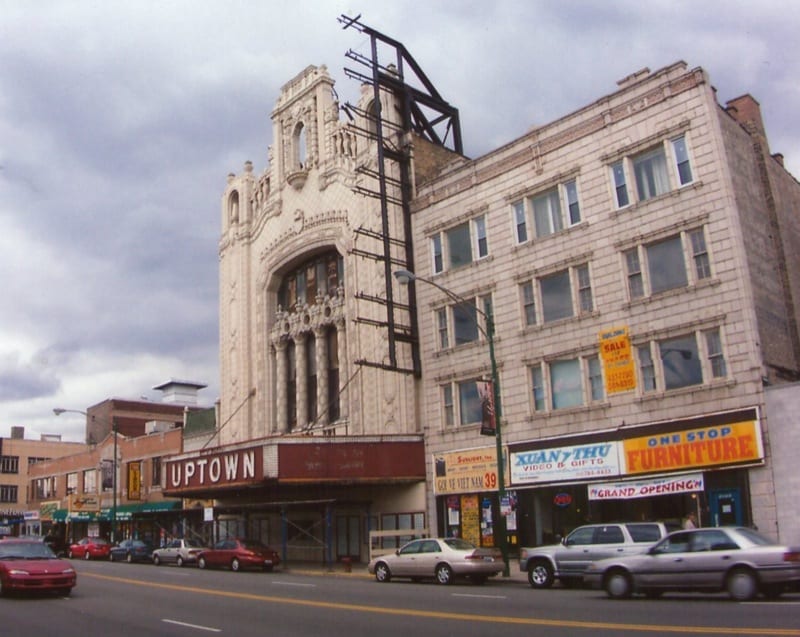 The 1920s oversaw a massive construction of roads, highways, and bridges to give motorists more places to drive and accommodate all the new cars.

Baseball legend Babe Ruth, also known as the Bambino, was the most famous athlete of the 1920s. Ruth’s high-profile lifestyle pulled so much more attention to himself, beginning a dynasty for the New York Yankees.

The American aviator Charles Lindbergh became the first pilot to achieve a non-stop, solo flight across the Atlantic Ocean flying for 33.5 hours in a single-engine airplane called the “Spirit of St. Louis”. In 1927 he was awarded the French Legion of Honur and the Distinguished Flying Cross for this great achievement. 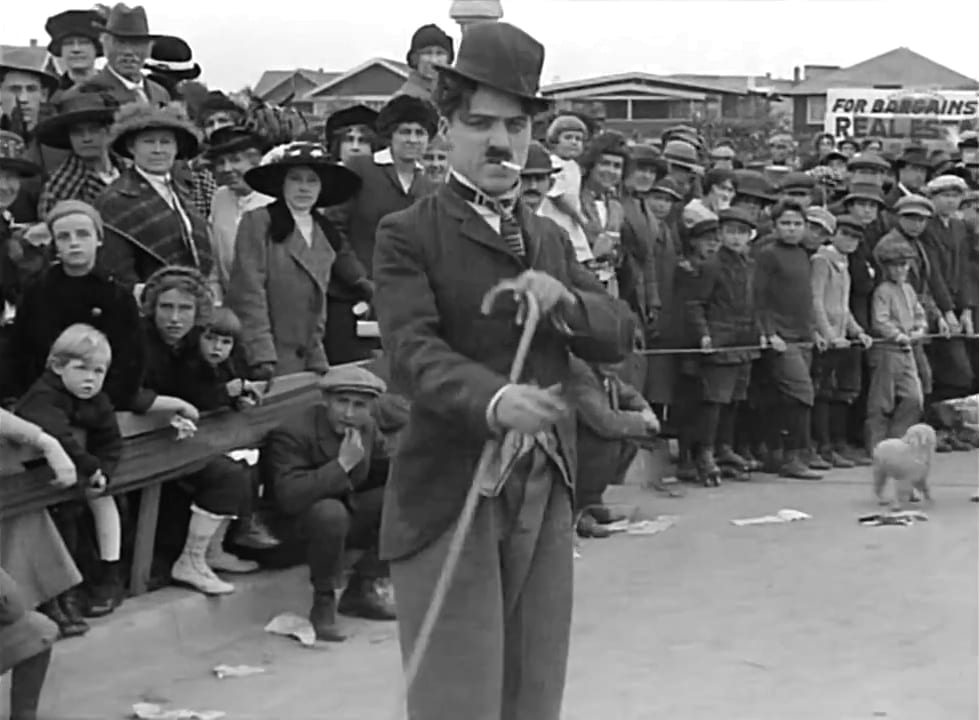 Charlie Chaplin in ‘The Tramp’

19. Medical breakthroughs were enormous in the 20s.

Scottish scientist Alexander Fleming discovered penicillin in 1928. Penicillin is still used around the world today to save thousands of lives from lethal infections.

The 1920s were known in some western countries, particularly England and the US, as the ‘roaring 20s’.

In France, this translated as ‘annees folles’, meaning ‘the crazy years’!

21. Some artistic styles from the period live on.

Art Deco was a new style of movement for art, architecture and fashion which arose in 1920s. This represented one of the first ‘modernist’ movements.

The 1920s saw a huge shift in terms of architectural design as ornate flourishes became less and less common. Art Deco was ‘classic simplicity’ and focused on more angular designs!

This transferred to buildings, jewellery, furnishings, and pottery. 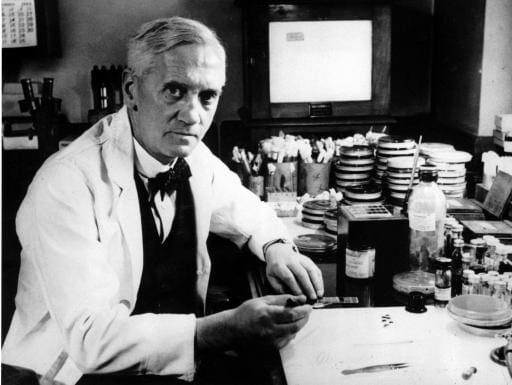 Coco Chanel was one of the most famous fashion designers of the age. She was influenced by the Art Deco movement, and her perfume bottles are still designed with the same angular styles to this day.

The 1920s also helped contribute to the ‘Jazz age’. The upbeat music of the time helped to reflect the exciting, post-war mood.

Louis Armstrong, possibly the most famous Jazz singer of all time, made his debut recording with his band in 1923. He’s still regarded as one of the giants of the genre to this day!
Bryant Park Hotel in NYC exhibiting an art deco style of architecture 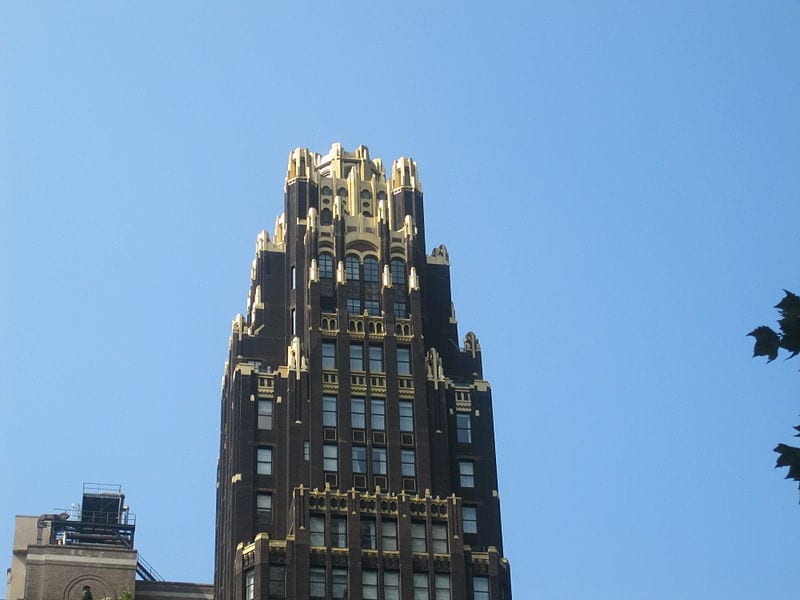 The decade was also famous for the bloody 1929 ‘Saint Valentine’s Day Massacre’, during which seven people were killed as a result of gang rivalry and police intervention.

26. Seriously, motoring was massive in the 20s.

The 1920s was a fantastic decade for motorsport! In 1925 and for five successive years, Bugatti won the Monaco Grand Prix, each time with the world-famous Bugatti Type 35.

2,940 Rolls Royce cars were manufactured and sold between 1922 and 1929.
These cars were aimed at a market of ‘owner drivers’ instead of the more expensive, and bigger chauffeur-driven models. 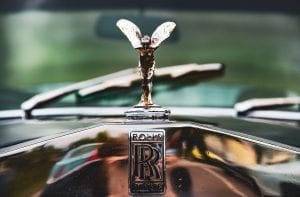 The Spirit of Ecstasy, Rolls Royce

Another famous name born in the 1920s was Thomas Moore, known to many as ‘Captain Tom’. Moore became famous during the 2020 pandemic for raising millions for charity through a sponsored walk in his garden.

Moore would eventually be promoted to colonel and knighted for his fundraising efforts, turning 100 years old in 2020. He raised more than £32,700,000!

30. It was also a decade for natural disasters.

The second-deadliest earthquake of the 20th century took place in 1920. 275,000 lives were lost in the Haiyan Earthquake.

On May 29th, 1920, in Louth, England, a huge flood took 23 lives within 20 minutes. It was described as one of the worst disasters in Britain of the 20th century. 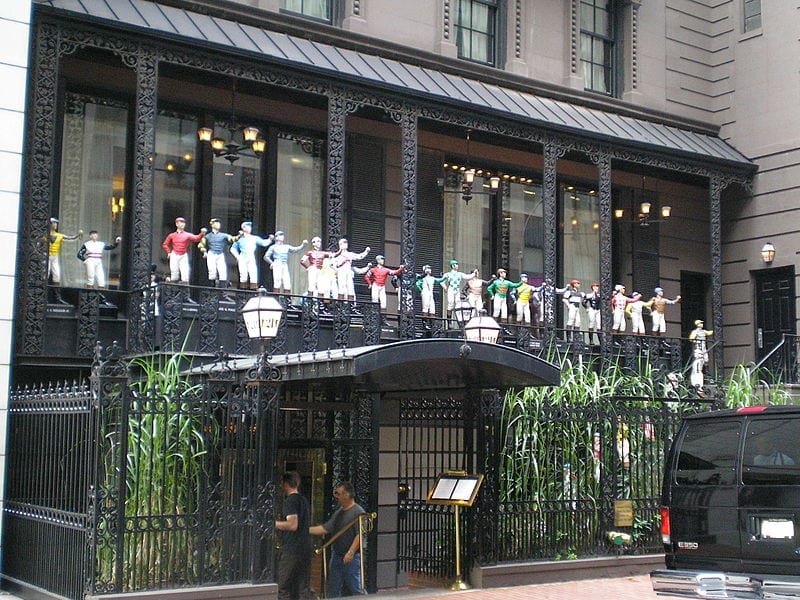 The Society for the Exploration of Interplanetary Travel was founded in 1924.
The first fuel-powered rocket was launched in the US in 1924.
In Germany, during 1927, the Society for Space Travel was formed. Several scientists from other countries joined the society to learn and work together.

32. We even crossed the Sahara for the first time in the 20s.

On February 18th, 1920, the first recorded crossing of the Sahara Desert was completed by a French Military aircraft.

33. We really did reach new heights.

On February 28th, 1920, an American pilot set a record for flying at high altitude, reaching 33,133 feet. His oxygen system failed, and he lost consciousness, recovering just in time to land! 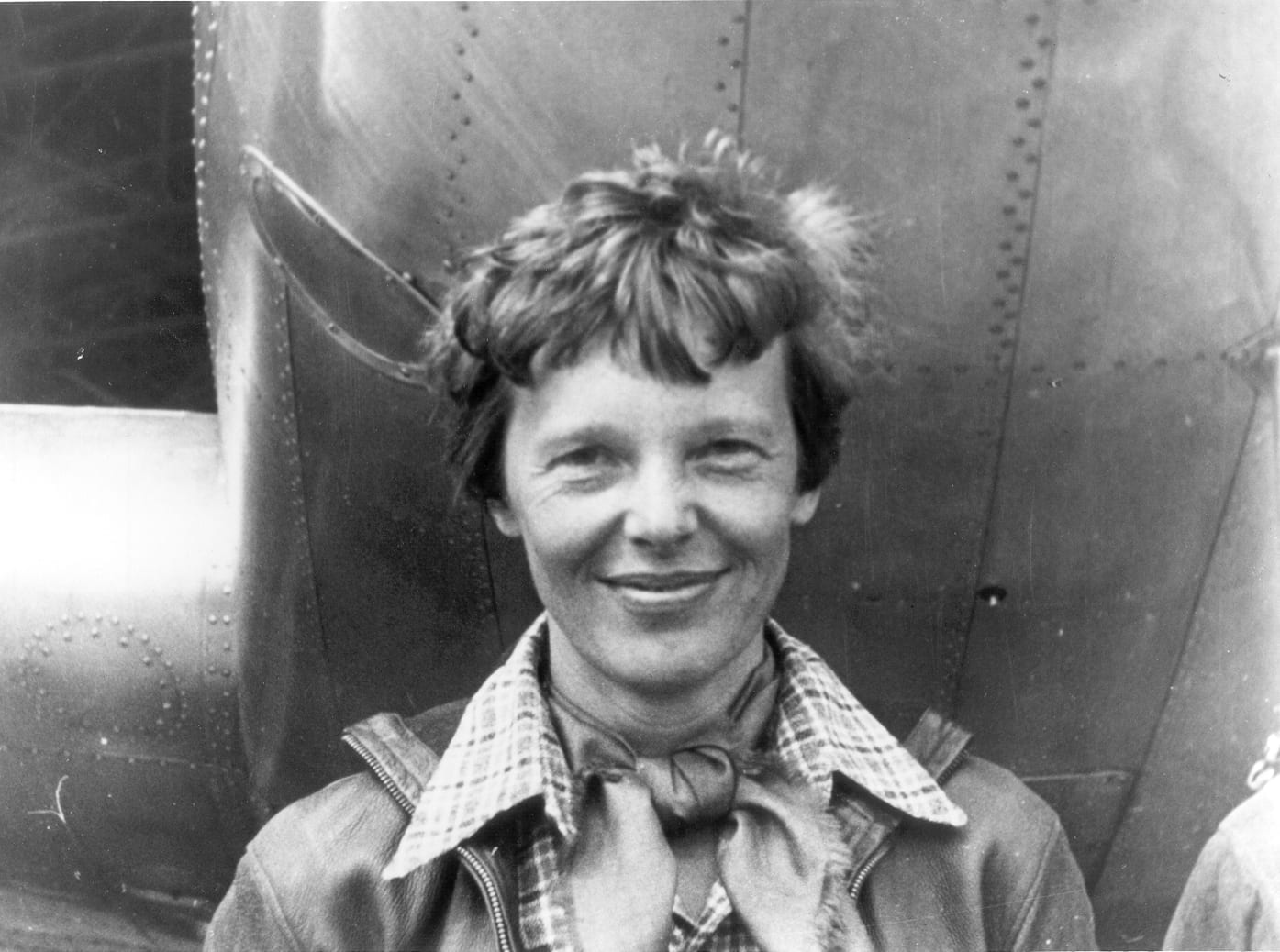 34. That went for public airlines, too.

In November 1920, Qantas, the Australian Airline, was founded.

In December 1920, Amelia Earhart’s father bought her a $10 dollar for a 10 minute flight. This would be her first experience in an airplane – at a fairground in LA.

36. Dancing in the 20s was fairly interesting.

The ‘Jitterbug’ was the name given to what many consider the most famous dance of the 1920s. Its original name was the ‘Lindy Hop’ and it remained popular into the 1950s.

The ‘Charleston’ was a hugely popular piece of music named after its composer, Charles Johnston. The Charleston dance followed the upbeat rhythm of the music and became iconic in the west during this time.

They discovered the substance while experimenting on canine pancreases! 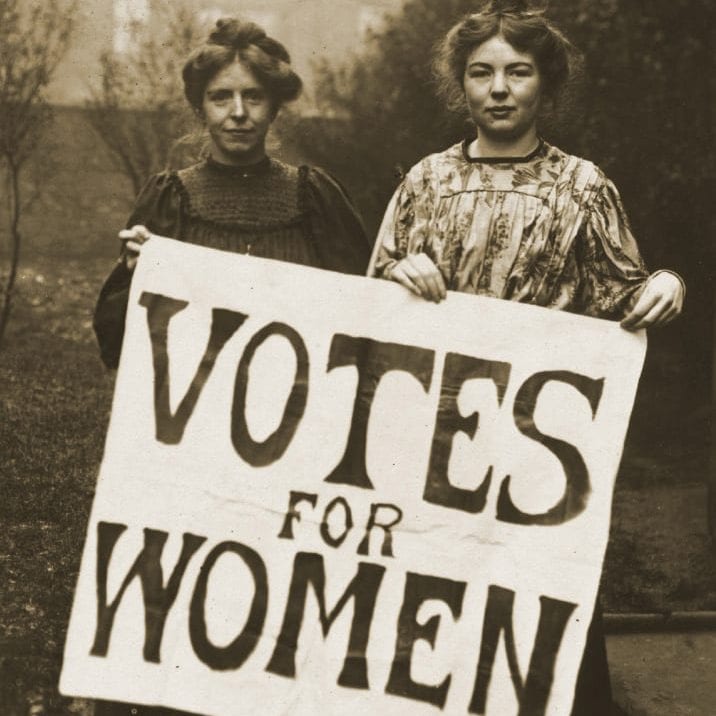 This nickname was largely given to the decade as prosperity reigned - the global economy boomed post WWI.

The 1920s were also largely known to millions as the Jazz Age - the musical revolution was massive.

The 1920s saw a wide relaxation of attitudes regarding fashion and sexuality, as well as gender roles - women across the US got the right to vote, too!

Do you know any fun facts about the 1920s? Share them in the comments below!

By the end of the decade, weekly movie attendance increased to 90 million people.