Where would aviation be without Amelia Earhart? Not only was she instrumental in the history and progression of aviation in general, she paved the way for female pilots all over the world. To this day, she remains a fascinating figure – which is all the more reason why we’re giving her a fact file to celebrate her life and work.

How much do you remember about Earhart’s flights from history class? Her life and career are still worth studying – and to get you started, here are a few interesting facts about Amelia Earhart which might just surprise you. 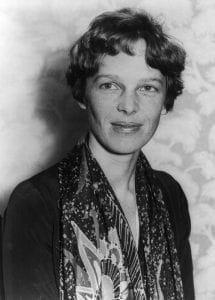 Do you know any fun facts about Amelia Earhart?  Share them in the comments below!