People are right to be fascinated by the Earth – it’s our home and makes human existence possible! This is why scientists dedicate so much time and energy on exposing the wonders of Earth. Here’s a handful of fun facts about Earth that’ve been discovered…

Earth is the third planet from the Sun. It’s composed of iron, magnesium, oxygen, and silicon.

It has a core (composed primarily of nickel) whose temperatures can reach an incredible 6,000 degrees celsius! 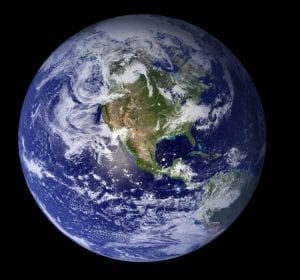 71% of the Earth’s surface is underwater.

Only 1% of the water on our planet is fresh. 97% is salted. 2% of the remaining freshwater is frozen. That leaves just 1% for humans to consume.

Earth is the only planet that allows water to take and maintain liquid form. Liquid water is necessary for conventional life to thrive. This is part of the reason why Earth is the only object in the solar system that is able to support life.

9.    One continent dominates all.

30% of all the land area on Earth is occupied by Asia, the same continent that is home to 60% of all the people in the world. 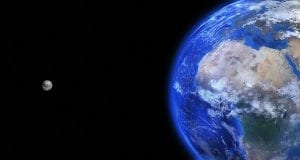 12. The Earth is definitely round, but…

The Earth isn’t the perfect sphere you might think it is. Our planet actually bulges at the equator while flattening at the north and south poles. 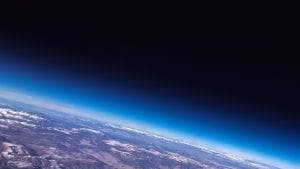 Most people know that Earth is rotating on its axis and think that it takes 24 hours for the earth to complete its rotation. But it actually takes four minutes less (23hrs, 56mins, 4sec).

If that wasn’t enough, the planet also takes 365.2564 days to rotate around the Sun. That extra quarter adds up and eventually results in a leap year.

The planet is not still. It is actually moving through space at 107,000 km per hour. But you can’t feel that motion on Earth.

The Earth’s rotation is slowing. This is happening at a rate of 17 milliseconds every few centuries. So the deceleration is imperceptible. 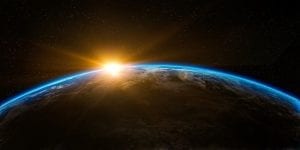 16. The Moon is just as impressive!

Compared to its size, the Earth has the largest natural satellite (the Moon) in the Milky Way.

People once thought that the Earth was the center of the universe. This perception was informed by the way the heavenly bodies appeared to move when observed from the Earth’s surface.

How many people are thought to live on Earth?

What is the anticipated population of Earth in 2050?

It is anticipated that by the year 2050, the population of our planet will be approximately 9.9 billion. That is a staggering increase from an estimated population of one billion people inhabiting the planet in 1820!

Who is the earliest human known to have inhabited Earth?

The earliest known human to have inhabited our planet was ‘Homo Habilis’, which translated means ‘Handy Man’. Evidence suggests he lived in Eastern and Southern Africa 2.4 million years ago!

Do you know any fun facts about Earth?  Share them in the comments below!

Are you fascinated with our solar system? Check out these interesting facts about the Sun…